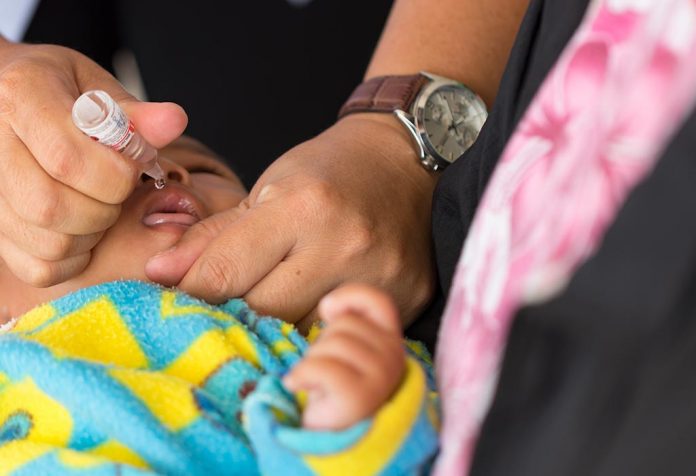 When India was declared polio-free in the year 2014, the country heaved a collective sigh of relief. Which is exactly why the resurgence of the Polio type 2 virus in certain parts of the country is worrisome, to say the least.

As has been reported in the past couple of days, traces of the virus were found in a sample of sewage from Kurla, Mumbai, in the month of August. Soon after, a case was reported in Uttar Pradesh where a child tested positive for the same strain of the virus. Health ministry officials have also confirmed that some vials of the oral polio vaccines (OPV) were administered to a few children in the states of Maharashtra, Telengana, and Uttar Pradesh.

The vials were manufactured and distributed by a Ghaziabad-based pharmaceutical company called Biomed, which was in charge of supplying polio vaccines for immunisation programmes run by the government only. At the moment, the company has been banned from further supply and manufacture of these vaccines.

As per the Indian Academy of Paediatrics (IAP), children over 2 years of age received trivalent OPV as part of their routine immunisation, up until it was discontinued in 2016. Post this period, children have been receiving bivalent OPV along with doses of inactivated polio vaccine (IPV). Given that the coverage of IPV is quite vast in India, it is unlikely that a spread of the Type 2 virus could cause much harm to the population.

Currently, polio surveillance teams in the above-mentioned states will ensure that the children who have been administered the vaccines are closely monitored for any symptoms. Health officials have also confirmed that the team is well-trained to identify any symptoms of polio and that the government is prepared for any eventuality, which offers some reassurance. Measures are also being taken to ensure the administration of IPV to all the children in the 3 affected states, to make sure no child is missed.

We got in touch with Dr Arti Sharma (MBBS, MD, Paediatrics), who provided her take on the situation. She maintained that the necessary measures have been implemented to tackle the situation urgently, and that there is no reason to panic at the moment. Reiterating the stand taken by the IAP, she mentioned that the damage or spread of the virus would be quite limited. However, she recommended caution when it came to receiving further doses of the vaccine, until further instruction was provided by the authorities.

While the situation does seem scary at the moment, the government is taking all the possible measures to tackle this eventuality. We urge all caretakers and guardians to wait for further instructions from the concerned authorities with regard to following through with their child’s immunisation schedule.

10 Soups You Should Include In Your Weight Loss Diet

Madhumita Kumari - May 18, 2022
Why is it important to develop a sense of responsibility? Why Doesn't It Develop? What to do if you're having a hard time getting...

This When I Learnt a Mother’s Instinct Is REAL and How...