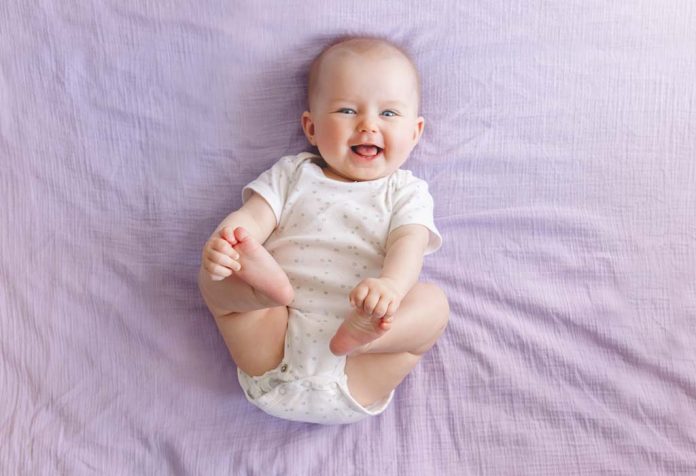 The next step in your kid’s path is to pick a name that’s new, sweet and easy and has a profound significance simultaneously for your boy. 8 letter baby names sound majestic and classical, which is why many parents nowadays prefer long names rather than short and cute names. The following top names list among the top 1000 baby names in the US and are sorted by popularity. Below are the top 55 8 letter first names for baby boys and girls.

Read the below thirty 8 letter cool names with their meanings for your baby boy.

The name Abdullah is the name of a child of Arabic descent meaning “servant of Allah”.

A popular Indian name which represents a ceremonious holy bath given to a deity.

The boy’s name “Benjamin” means “son of the right hand” and the name has a Hebrew origin.

From the surname and place name of Clare, which means “bright or transparent”. The famous bearers of this are George, the duke of Clarence, the king’s brother Edward IV and King Richard III.

The name Dominick is the name of a child of Latin descent, meaning “belonging to the Lord”.

The name Emmanuel is the name of a child from Hebrew origin meaning “God is with us”.

The name Fernando is a boy’s name derived from the Spanish word, which means “bold voyager”.

A Latin name being used worldwide for many years now, this name means “trusting or fearless”.

The name Franklin is the name of a boy from English origin, meaning “free landholder”.

The name is Godfried and derives from English. Geoffrey’s definition is: “peace of God”.

The name Giovanni is the name of a child of Italian descent, meaning “God is gracious”.

The name Harrison is the name of the boy, English, Aboriginal, meaning “son of Harry”.

Jonathan is a boy’s name of Hebrew descent that means “gift of Jehovah”.

The name Kendrick is the name of a boy who is of Scottish descent, English meaning “king, champion”.

The name of the boy means ‘from Laurentium,’ and has a Latin origin.

The name comes from the Spanish language as a form of Leonhard. Leonardo’s definition is: “lion, hard”.

Marcello word is a form of the Italian language. “young warrior” is what Marcello means.

This name is generally for boys and can be changed to Michela, Michaela, Michelle, and Michaelle. The Hebrew name Michael means “Who is like God?” It can be shortened in English, such as Mike, Mickey and Mick.

The name Mitchell is the name of a baby boy derives from English descent that means “who is like God”.

Narendra is a boy name means an Indra shape that comes from Hindi. Narendra’s definition is “Indra’s Man”.

The name Nicholas is the Greek boy’s name which means “people of victory”.

The name Reginald is an English name which means “counsel power”.

The name Theodore means “gift of God” and originated from Greek descent.

The name comes from the Slovakian language, and Vladimir is a variant of Wladimir. The name means “of great power”.

The name is a Jarožaw variant which derives from the Russian language. “Bright fame” is the definition of Yaroslav.

This name comes from the Hebrew language and is a Zcharyan shape. Zaccaria’s definition is “The Lord recalled”.

A unique name with the last letter of the alphabet.  A nickname for Zeddicus is “Zedd”. The name means “ambitious”.

Below are the popular girl names with 8 letters along with their meanings:

The name Adelaide is the name of a girl of German descent meaning “noble, nobility”.

The name Cataleya is the popular name of the girl, meaning “Cattley’s flower”.

The name Danielle is the name of a girl of Hebrew background meaning “God is my judge”.

Gracelyn is a trendy girl’s name of English origin and means “graceful”.

The name Gabriela is a graceful Spanish, Italian origin word which means “God is my strength”.

The name Isabella is of Hebrew origin. It means “devoted to the Lord”.

The word Jacintha is of Dutch origin and is widely used in English speaking countries. The name’s meaning is “hyacinth”.

Jennifer is one of the most exquisite names to ever sound. It means “white waves”.

Kanishka is of Indian descent, a Hindu name. In Sanskrit, its sense is “gold”.

The word Madelina has its roots in French and its sense is “Magdala’s woman or tower.”

Magnolia is a flower moniker. It’s the name of a flowering shrub.

The name of Narcissa is of Greek origin. It is the feminine form of Narcisse, which comes from a glamorous Greek youth means “daffodil”.

Penelope is one of the classic names meaning “true picture”.

The word Savannah means “flat tropical grassland” and is the name of a girl of Spanish descent.

The name Treasure is the name of a girl of Latin origin meaning “highly valued possession”.

The name Veronica is holy and powerful. Veronica’s definition is “weaver”.

The beautiful word Vivienne is the name of a girl of French descent meaning “life”.

The word Virginia is the name of a baby girl of Latin origin meaning “virginal, pure”.

Waveline is a special feminine infant name that was first used in the United States.  The name’s definition is “loyal”, “miracle” or “watchman”.

Firstly, we would like to congratulate you on becoming parents. Choose a name that would be as enterprising as an adult while your child is a child. We have listed some of the selected beautiful and graceful name with their origin and meaning for boys and girls. These names are popular and can be used by all religion across the country. So wish you all the best for selecting the best names. Happy Parenting.

The Truth about Anti-Ageing Creams and Serums

The Story of My Pregnancy – It Was a Roller Coaster Ride

How To Make Vampire Teeth For Kids