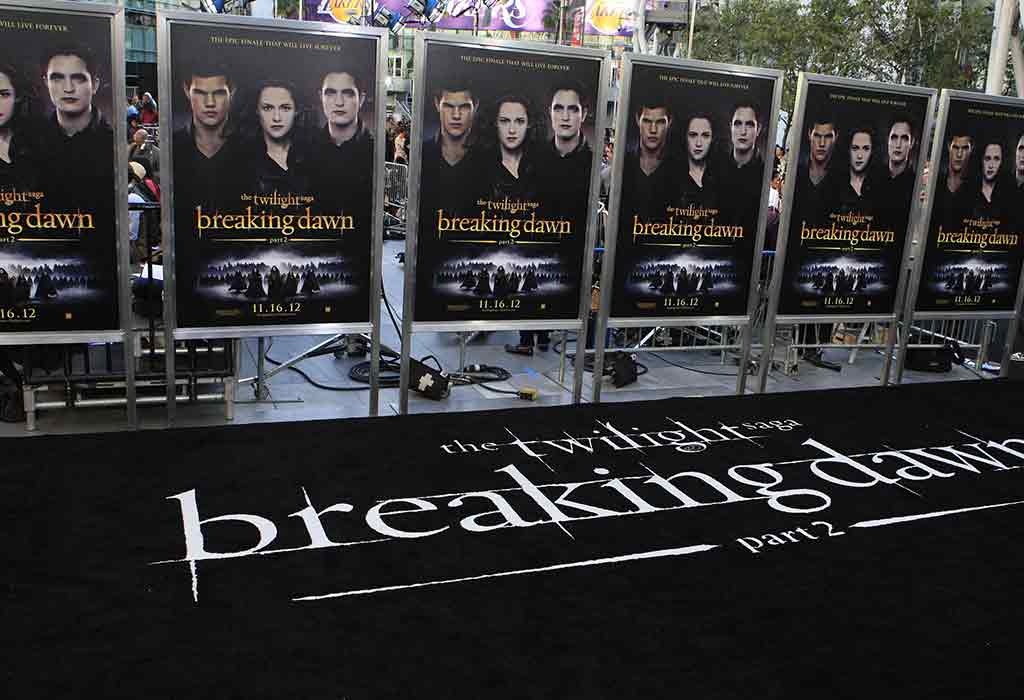 The Twilight Saga is a series of five vampire-themed romance fantasy films that became an overnight sensation and had a wide fanbase all across the globe. The diverse mix of Twilight boy and girl names has been one of the biggest influencers of baby name trends.

Stephenie Meyer wrote the story Twilight saga in 2005. Its four-part story was adapted into five-part movies: Twilight, New moon, Eclipse, and Breaking Dawn Part 1 and Part 2. This novel can also find recurring motifs and universal themes like “forbidden love” and “Beauty and the Beast” that have been popular in storytelling. By combining everyday life and spicing it up with a bit of mystery, mythology, and danger, Twilight has struck a chord with today’s audience.

While these themes and an entirely new story attracted people to read the books and watch the movies, the unique Twilight character names still inspire young parents to name their children after these characters. So, if you’re a confused parent looking for a suitable name for your newborn, you can find inspiration from the characters of the Twilight saga that are unique and beautiful to their core. These names range from basic and common English names to more uncommon ones from other languages, giving an exotic air to your baby.

This inventory of the best Twilight vampire names, along with beautiful names of werewolves and humans with their meanings, is sure to help you decide on the right one for your little prince or princess.

Alice is the name of Bella’s future-seeing best friend and Edward’s adoptive sister. It has an Old German origin and means “noble, exalted.”

This English name means ‘Affa’s Settlement.’  He is a vampire of Volturi Guard and Chelsea’s mate.

This name of Greek origin means “defending men.” A vampire twin to Jane, he has the ability to cut off all senses.

This short and straightforward name of Hebrew origin means “exalted” or “of the mountains.” He is the name of the vampire and the head of the Volturi or the Vampire royalty. Aro has the unique ability to see everything that a person thinks and see even their memories just by touching them.

Amun has an Egyptian origin which means “the hidden one.” Amun is the Egyptian coven leader.

This Latin name means “messenger of God.” She is Bella Swan’s friend from her high school.

This name of English and Old German origin means “will-helmet or protection.” He is Jacob’s father who passes the tale down.

This name of Hebrew origin means “son of the South.”

This name of Italian origin means “beautiful.” Bella is the name of the primary lead of the novel. Although she becomes a vampire in Breaking Dawn, she’s a human most of the time in the Twilight series.

This name of Old English origin means “free man.” He is Bella’s father.

Cullen has an Irish and Gaelic origin that means ‘handsome.’ It is the last name of Bella’s husband.

This name of Scottish origin means ‘From The City Of Luguvalium.’ Carlisle is a doctor and the head of the Cullen family.

This vampire is a guard who can break connections and force them to side with the Volturi. This name of Old English origin means chalk landing place, Cealc-hyð = “chalk wharf.”

This name of Hebrew origin means ‘God is my judge’ or ‘God is my strength.’

This name of Greek origin means “devoted to earth mother.” He is a vampire of Volturi Guard.

Derived from Old English words Ead, meaning ‘wealth,’ ‘fortune,’ or ‘prosperous,’ and Wear, meaning ‘guardian,’ or ‘protector.’ He is one of the main characters, who is Bella’s beloved and has the ability to read minds.

Derived from Old French esmé, Esme means “esteemed” or ‘beloved.’ It is a suitable moniker for Edward’s caring and charming adoptive vampire mother.

This name of English origin means “entire.” He’s the brother of Edward Cullen and Rosalie’s husband.

This name of Hebrew origin means “being fruitful.” Ephraim Black was the leader of a pack of three werewolves, and he is the great-grandfather of Jacob Black.

This name of Latin origin means “lucky” or “successful.” He is a strong vampire of the Volturi Guard.

This name of Italian and Hebrew origin means “God is gracious.” Gianna is one of the few humans who know of the Volturi.

This name of German origin means “ruler with the spear.”

This name of German origin means “nobility.” She is a vampire of Volturi Guard.

This name of Old German origin means Harry is “home-ruler.” He is Seth and Leah’s father who died in New Moon.

Isabella is Elizabeth’s Spanish and Italian variation, derived from the Hebrew name Elisheba meaning ‘God is my oath.’

Jane means ‘Yahweh is gracious/merciful’ in Hebrew. She is a vampire of the Volturi Guard and twin to Alec.

This name of Persian origin means “Treasurer.” Jasper is Edward’s adoptive brother. Being a vampire, he has the ability to control the emotions around him.

Jacob comes from the Old Testament and means “supplanter.”  He represents a tribal body that turns into a wolf to kill the vampires.

This name of Native American origin means “Bringer of light.” A vampire of the Amazon Coven, she helped Jasper and Alice find Nahuel. 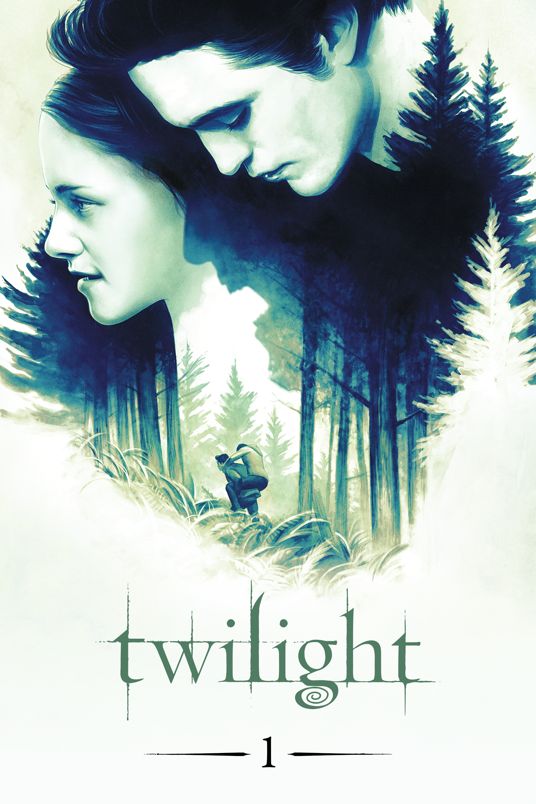 This name of Egyptian origin means “honey.” She is a vampire of the Egyptian Coven and Amun’s mate.

This name of Old Greek origin means “the bright one.” Though Lauren is not a part of the Cullen family, he gets into the good books of the Cullens by warning them of James’ tracking abilities. After returning to Forks, he attempts to kill Bella but ultimately gets killed by the werewolves.

This name of Hebrew origin means “who is like God.”

Mary was an American nomad vampire in Breaking Dawn. This Hebrew name is derived from Miriam and means ‘Wished-for child,’ ‘rebellion’ or bitter.’

This name of English origin means “pearl.” She is a vampire of Irish Coven, who can sense if someone is lying.

This name of Latin origin means “dedicated to Mars.” He is the Volturi leader who can sense relationships.

This Latin name belongs to ‘the Olive tree.’

This name of Greek origin means “stone, rock.” This vampire is an American Nomad who was considered Jasper’s brother.

Pire in Argentina refers to ‘one who is like snow.’ She is the human mother of Nahuel.

Quill is an anglicized version of the Irish surname “Ó Cuill, Coll, Coill, or O’Coill,” which means forest or Hazel Tree.

Renatus is a name of Latin origin that means “born again.” He is a vampire of the Volturi Guard and Aro’s personal bodyguard.

This Hebrew name means’ to tie’ or ‘bind.’ She is the human older sister to Jacob and Rachel.

Rachel means “one with purity” in Hebrew. Rachel Black is the older sister of Jacob Black.

Renesmee is the offspring of human Bella and vampire Edward. Derived from a combination of Renee and Esmé that mean “reborn” and “loved,” respectively. She has the ability to let everyone into her mind.

Derived from the Latin word Rosa, it means ‘white rose.’ It is the name of one of Edward’s adoptive sisters who is beautiful yet shallow and vain.

This name of French origin means “born again.” She is Bella’s mother in the book.

A name of Arabic origin meaning ‘brightness,’ Senna is a name of a bright yellow flowering grown in the tropics. In the story, she is a vampire of the Amazon Coven.

This girl’s name of Irish and Hebrew origin means “God is gracious.”

Often used as a nickname for Samuel, Sam is of Hebrew origin and means “told by God” and “God hears.” Sam is a werewolf and the leader of the La Push pack of wolves. He was forced to assume leadership for being the first human to have phased.

With roots in Egyptian, Hebrew, and the Bible, Seth means “anointed,” “compensation,” or “appointed.” Seth Clearwater is introduced in New Moon as Leah’s younger brother.

Sasha was killed for creating a vampire child. Sasha is a girl’s name of Russian origin and is a short form of the Greek Alexander, meaning “man’s defender.”

Sulpicia is Aro’s wife and one of the Volturi leaders. Derived from the noble Latin “SulpÄ­cÄ­us,” it means “belonging to the gens Sulpicia.”

This name of English origin means “lily.” She is the human mother of Leah and Seth’s mother and wife to Harry.

This name of Old English origin means “owner of a tavern.” He is a student of Fork’s High school. He plays a significant role in Bella Swan’s realization of Edward’s identity as a vampire.

Tia means “aunt” in Spanish and “princess” in Greek. She is a vampire of Egyptian Coven and Benjamin’s mate.

Leader of the Denali Coven of vampires, Tanya, once expressed an interest in Edward. This name of American origin means ‘a seamstress.’

This name of Arabic origin means “pure or mystic.” Taha Aki was a great spirit chief famous for his wisdom and being a lover of peace.

Victoria is the beautiful vampire who seeks revenge on the Cullen family after her mate, James, is killed by Edward. It is a Latin word for ‘victory.’ She tried to kill Bella by creating an army of newborn vampires.

The vampire leader of the Amazon’s, Zafrina from the franchise, has the ability to create illusions. Zafrina refers to the ‘Saffron flower’ in its Indian origin.

Choosing a baby name can feel exciting and overwhelming at the same time. While the main characters from Twilight have unique names, some of the supporting cast may also have names that aren’t common. They offer complex moralities or inspiring struggles for personal betterment, standing up against the adversities, fighting to stay on righteous path as stalwart heroes or heroines, or causing mayhem as antiheroes and villains. So, parents who are fans of this franchise can consider one of the many twilight names to give their child a unique identity that will stand out in the crowd.