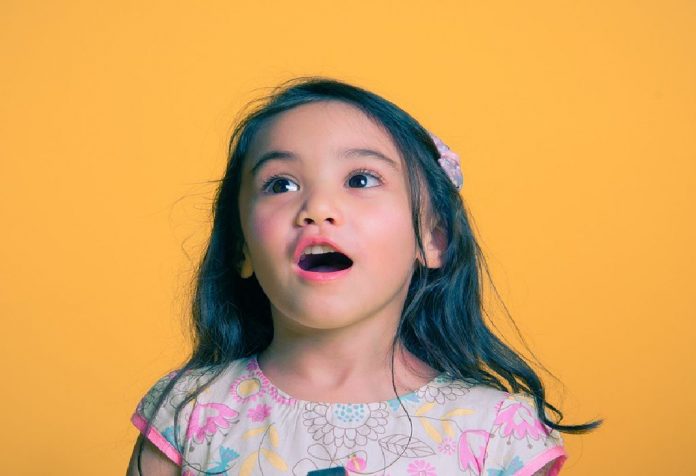 Children learn things gradually. When it comes to speech and sound, it can seem like a complex and challenging task for parents to get their kids to speak words correctly. Instead of despairing, learn how to further your toddler’s speech development.

Learning how to speak is a major milestone for toddlers. Sometimes, they don’t utter sounds and pronounce words correctly even after hearing them repeated many times. This can make parents worried, is there something wrong developmentally? However, the problem may not be with the child. It could be that parents aren’t approaching the matter in the right way, or are teaching their kids sounds and words that are too complex.

Understanding the Development of Speech Sounds in Children

The first step is teaching children sounds that don’t require effort or movement of the tongue or the lips against the teeth. Some easy sounds are a, e, g, h, k, and y. Sounds that involve the use of the tongue and lips like b, p, m, w, n, t, and d require a lot more effort to learn, so leave them for later. Have your child practice with easy sounds first and then go on to the difficult ones. You’ll steadily see him progressing with his speech sound development milestone.

Since children are unaware about articulation, they don’t know how to frame words correctly. When they start learning to assemble alphabets into words, they make mistakes and try to simplify harder sounds with easy ones. You may hear words like “tat” in place of cat, “tweet” for street, “pish” for fish and many more. Instead of ignoring this, correct their mistakes then and there. They’ll realise they’ve pronounced the words wrong and must try to pronounce them correctly.

Babbling is a pre-linguistic skill that paves the way for learning speech. When your toddler’s learning new sounds, he’ll babble with small words like “ba-ba”. Later, it turns into “jargon” where it seems like he’s talking in his own language. Whenever he does, try to respond in the same way. Then, slowly introduce him to new “jargon” and include simple words. He’ll learn better this way than if you insist that he only speaks using proper words.

4. Never Force Him to Pronounce a Difficult Word

There are many words that your toddler will find tough to pronounce. Its not that he’ll never be able to pronounce them, but he’s still too young to take up the challenge. Forcing him to is a big what-not-to-do in speech development. It might stop him from using the words, and he may become frustrated with the many corrections being done.

The points listed here can prove useful to your baby’s learning of speech sounds. Keep in mind that the process will take time no matter how well you teach him. Be supportive and encouraging and remember not to push the envelope too hard. You don’t want to scare him off.

5 Cleopatra Beauty Tips for your 30s!

Baby Allergies & How to Handle Them

Positive Pregnancy Test – What to Do Once You Get It