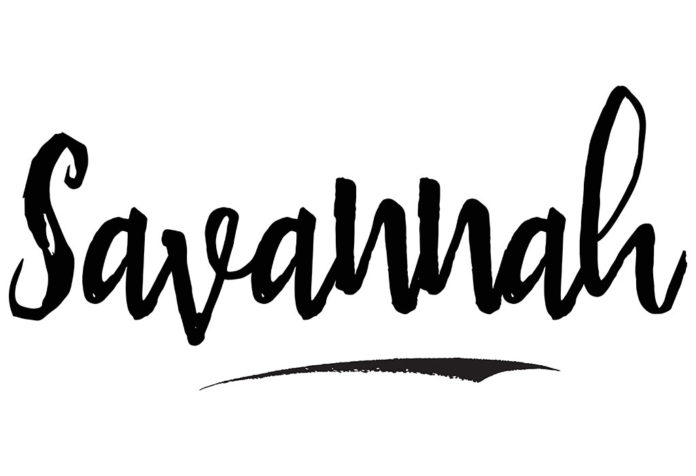 The name Savannah was widely popular in the 1820s. The name was one of the most popular names in the 1800s and remained so till 1920. The popularity of the name was because of its simple meaning yet unique pronunciation. Due to this, this name was found among our older generation and is currently maintaining a stable position in the top 100 baby names.

What Does Savannah Mean?

Understanding the meaning of a name helps choose the one you lose the most. If you love a name with a simple meaning, Savannah is the perfect name for your baby girl. The meaning of Savannah is “large, grassy plain” or “open plain” or “treeless plain” in French, American, and Spanish. The name can also be referred to as “flat tropical grassland.”

The name Savannah originates from the Native American word “Taino.” The name’s roots are also embedded in Spanish. The popularity of the name increased because of the city named Savannah in Georgia. This feminine name is an excellent choice for your sweet child.

You can find numerous variations of a name across the world. Similarly, Savannah’s other spellings highlight the culture and its origin. Therefore, some of the many Savannah name variations are:

How Popular Is the Name Savannah?

Savannah was one of the most used names during the 1800s. The name was used among diverse cultures because of its simplicity. According to the Savannah popularity index, the name ranked among the top 100 during 1820-1920. However, the name slowly faded after this period. As per Social Security Administration, the name has entered the top 50 baby names list from 2000. The name ranked 37 in 2000, 42 in 2001, and 39 in 2002. The name has remained in the top 50 list till 2018 with a slight upward and downward curve.

The interest in the name Savannah has been relatively high over the last ten years across the world. The name has maintained a rank over 55 and has attained frequent spikes in its popularity. Savannah was the most popular in June 2012, March 2014, June 2017, and March 2018.

Interest in Savannah – the US

In the US, the name Savannah is one of the most popularly used names over the last decade. The name’s rank has been consistently over 55. The interest in the name peaked in May 2012, March-July 2016, and July 2019. The name experienced a significant decline in April 2020. However, it has started increasing in the popularity ranking.

Popularity of the Name Savannah

Across the world, the search trends of the name Savannah in the last ten years are the highest in the United States. It is followed by Kenya, South Africa, Canada, and the United Kingdom. It suggests the most usage of the names in these countries.

Search Trends of Savannah – the US

The search trends indicate Georgia to be the city where the name Savannah has been the most searched in the last decade. This is followed by South Carolina, Tennessee, North Carolina, and Florida.

Middle Names That Go With Savannah

Sometimes parents don’t pay much attention when selecting middle names for their children. However, choosing a proper middle name is as essential as your child’s first or last name. This list comprises some suitable double names with Savannah:

The trend of a name is often impacted by celebrity influence. Many times, parents also prefer to name their child based on celebrities. Therefore, some of the most popular personalities known as Savannah are:

Similar-sounding names act as great alternatives for a name. It provides parents with more options for selecting a suitable name for their little girl. Therefore, some names that rhyme with Savannah are:

Choosing proper names for your siblings can help maintain a rhythm among them. Due to this, careful consideration should be done when naming your children. This list presents some of the sibling names that go with Savannah. It comprises of sister names for Savannah and brother names for Savannah:

Nicknames are precious names given to us by loved ones. It could be either parents, relatives or close friends. These names stay with us for a long time. Some of the quirky nicknames for Savannah are:

The name Savannah ranks among the top 100 names in the US among the girl names list. It has maintained a consistent presence in the chart over the decade and signifies the massive popularity of the name in the present times. Parents prefer this name because it’s a trendy and modern name. Therefore, it serves as an excellent choice for your little girl.

Easy to Do Stretches for Kids – Exercises and Activities

Multitasking – Easy Ways to Improve This Skill to Excel in Life