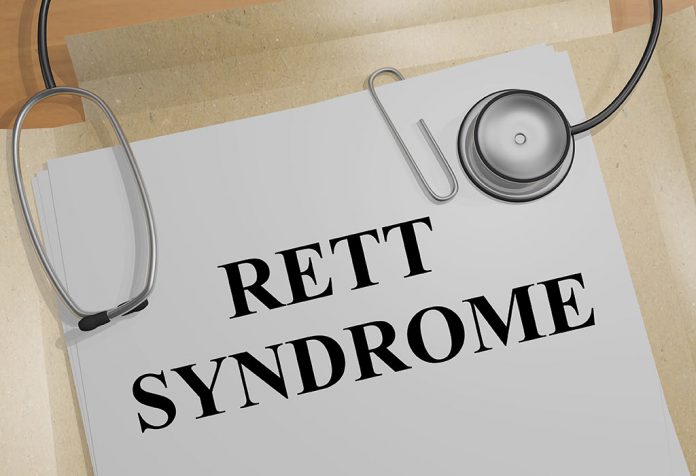 Rett syndrome is an uncommon, serious genetic disease that mostly occurs in girls. It is a neurological disorder and is commonly diagnosed within the first 2 years of the birth of a child. To know more about this disease in detail, read this article.

What is Rett Syndrome?

Rett syndrome is a brain disorder that is caused by genetic mutation. It affects girls and is mostly fatal in boys as the chromosome combination in boys is different from girls. After around 6 months of age, babies who have ‘Rett syndrome’ have a problem with communication, muscle coordination, and movement. The symptoms of Rett syndrome become most noticeable between 12 to 18 months of age.

Rett syndrome is caused by an X-chromosomal mutation. This mutation causes an impairment of protein production which is crucial for the development of the brain. As a result, the brain does not grow, and the head appears smaller. Although it is a genetic disorder, Rett syndrome inheritance is very rare. The gene mutation happens spontaneously in 95% of babies who then develop the Rett syndrome.

Following are the signs and symptoms of Rett syndrome in children:

Babies afflicted by Rett syndrome grow slowly. Their brain development slows down after birth. Microcephaly, which means small-size head than normal is a prominent indication that the child may have Rett syndrome. As the child grows older, delayed growth in other body parts is also observed.

2. Loss of Coordination and Movement

Babies with Rett syndrome lose the ability to use their hands, crawl, and walk. Their muscles become rigid and weak, and the movements become abnormal.

Rett syndrome causes affected babies to develop repetitive, abnormal hand movements which do not serve any purpose. These movements could include tapping, squeezing, wringing, and squeezing.

Babies who have Rett syndrome have abnormal eye movements, such as rapid blinking, intense staring, closing a single eye at a time or crossed eyes.

Rett syndrome makes the babies very agitated and moody. They may also have episodes of prolonged screaming and crying for no reason that may last for hours. Babies who have Rett syndrome may also experience seizures at some point in their lives. Around 80% of children having Rett syndrome suffer from seizures.

It is an abnormal curvature of the spine. It affects Rett syndrome children between the ages of 8 and 11 years of age and gets worse as they age. It often requires correction by a surgical procedure.

Rett syndrome babies have irregular heartbeats, which can also cause sudden death. Children affected by Rett syndrome may also suffer from cognitive impairment.

What Are the Different Stages of Rett Syndrome?

The four different stages of Rett syndrome are explained below:

This is the initial stage which begins when the babies are between 6 and 18 months of age. The initial signs are easily overlooked. Babies at this stage stop making eye contact and they also lose interest in playing with toys. They may also exhibit delays in crawling or sitting.

This stage starts between one and five years of age and can last for several weeks or months. The onset can be either rapid or gradual. A child loses the ability to speak and use her hands. Other symptoms of this stage include abnormal hand movements (such as wringing and tapping), irregular breathing, unsteady gait, slow head growth, and autism-like symptoms such as the inability to communicate and interact socially.

This stage is also called the pseudo-stationary stage as there may be some improvement in behaviour. There is also increased alertness and improved communication skills in this stage. Many affected girls may remain in this stage for most of their lifespan. This stage begins between the ages of 2 and 9 years, and it can last for many years. Motor control issues, lack of movement coordination, and seizures are common at this stage.

This stage begins around 9 to 10 years of age and can last for decades. Common symptoms of this stage include a reduction in mobility, scoliosis, weak and rigid muscles, and abnormal posturing of limbs. Spasticity, a condition where the muscles contract continuously, is also common in this stage.

How Is It Diagnosed

Rett syndrome is diagnosed by observing the abnormalities and delays in development. Decreased head growth is a prominent indication of Rett syndrome. To diagnose Rett syndrome, 4 criteria have to be met – Motor skill loss, verbal communication loss, abnormal gait, and repeating hand movements like squeezing and wringing. Other tests for diagnosis include DNA analysis, imaging tests like MRI or CT scans, blood and urine tests, Hearing and vision tests, and Brain activity tests like EEGs.

Make sure to rule out conditions with similar symptoms such as hearing or vision problems, cerebral palsy, metabolic disorders, autism, and brain disorders resulting from trauma and infection. Complications That Arise from Rett Syndrome

The following are the complications that arise due to Rett syndrome:

Seizures, problems of the gastrointestinal tract, breathing issues, and muscle rigidity can be controlled with medication prescribed by doctors.

Using braces and casts will help children who have scoliosis and joint problems. Physical therapy can also help improve movement and balance. Assistive devices like walkers and gait trainers can also help with the movement.

Speech therapy and learning non-verbal communication can improve the quality of life in children affected by Rett syndrome.

Managing symptoms of this disease, like constipation, low weight gain, and lack of nutrition can help. Nutritional supplements and laxatives can also be taken.

The patient can be given mild sedatives to help him sleep if he is affected by irregular sleep patterns.

Counselling can help both the patient and his caregivers. It can be physically and emotionally challenging to care for a child having Rett syndrome. Talking to a therapist or counsellor can help with this.

In case of severe scoliosis, the patient may need correction via surgery.

What Is the Life Expectancy of a Child Suffering from Rett Syndrome?

The prognosis for boys afflicted by Rett syndrome can be grim as they do not survive beyond infancy. Most Rett syndrome boys die in the womb. However, girls with ‘Rett syndrome’ can live up to 40 years or more despite the symptoms, if provided with proper care, therapy, and medical assistance.

There is no way to prevent Rett syndrome as this is a disease caused by the X-chromosome suddenly mutating. However, it is prudent to go for genetic counselling before trying to pregnant, if you have close relatives afflicted by Rett syndrome as it can be inherited from the mother in very rare cases.

The Outlook for Rett Syndrome

Despite the severity of the symptoms, most girls having Rett syndrome are able to live to middle age and beyond. Since this is a rare neurological condition, not much is known about its long-term outlook. Although there are some who were able to live for 40 or 50 years. But nothing can be said for sure.

While there is no cure for Rett syndrome in children, all you can do is make sure that you do your best to let your child have a fulfilling life. 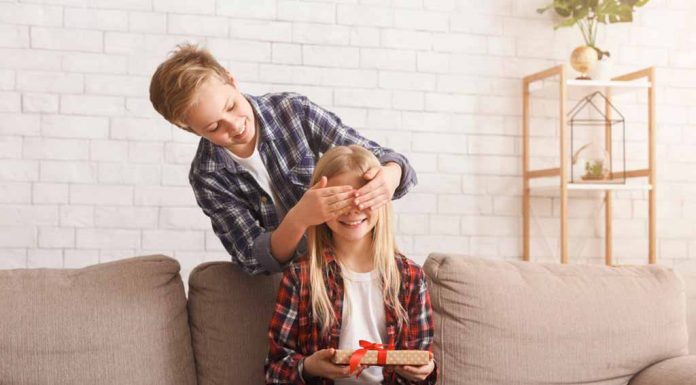 Birthday Wishes for a Sister to Make Her Feel Special

7 Things You Should NEVER Do In Front Of Your Children

Is It Safe to Eat Pineapple in Pregnancy?

What To Expect At Week 34