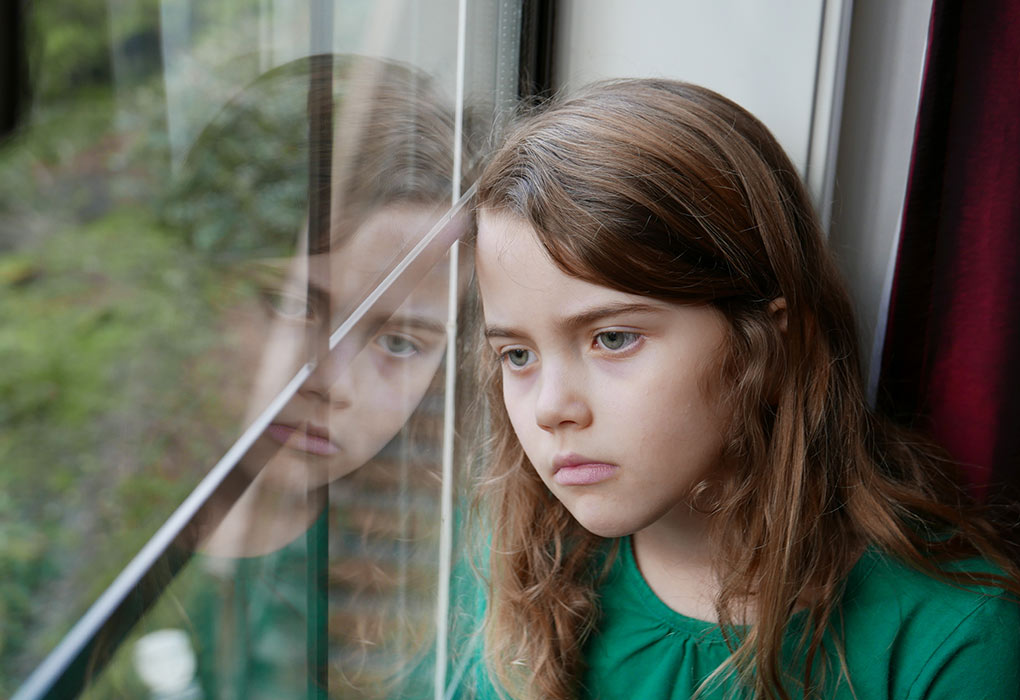 Post-traumatic stress disorder (PTSD) affects more than 400,000 children every year. It happens when a child experiences symptoms like fear or shock for at least one month post a traumatic event. Usually, the incident involves a scary situation where they either would have seen something scary, would have gotten hurt or experienced the potential of getting seriously hurt or dying. Let’s learn a bit more about this disorder and how to treat a child who suffers from it.

What Is Post-Traumatic Stress Disorder?

Post-traumatic stress disorder is a condition that happens soon after a child has experienced something terrifying, either mentally or physically, causing her to have frightening and persistent memories or flashbacks of the event. Sometimes PTSD symptoms can go on for six months or more, but usually, it can be treated within three months. PTSD in children, if not treated over time, can develop into a chronic disorder.

What Causes PTSD in Kids?

In kids, the range of events that can cause PTSD is much more extensive than in adults. For example, anything painful, yucky or scary may not be strong enough to affect adults but can have a traumatic effect on kids who are younger and less able to control their environment. Below are a few causes that can cause PTSD in kids:

Child abuse and PTSD have a direct link. Any abuse, whether it is physical, sexual, mental or even behavioural that a child might view as scary, can be a traumatic event. This includes bullying by peers and adults.

PTSD and child neglect are also commonly associated. If a child is neglected at an early age or subjected to adverse conditions, not only will they develop radical attachment disorder (RAD) but also experience PTSD.

If a child requires any medical intervention which involves surgeries, tests or procedures, the process can be scary and traumatic for her. For example, a child being wheeled into surgery and surrounded by doctors with their faces covered in masks before being subjected to a medical test can be traumatising.

Children who lose a parent or a sibling when they are young can experience PTSD later on from the resulting trauma.

If a child is involved in a plane, car or train accident, it can result in trauma post the event. This is even true of accidents which happen on the playground or at home.

If a child witnesses any violent act at a young age, like a parent being abused, war, gang violence or shooting, it may leave a traumatic effect on her mind.

A divorce between parents without them addressing the issue properly with their child often creates more trauma in the mind of the child than parents would think.

Even though adopting a child is a loving act, for many children, it can cause trauma because it is still a significant change, and they do not have any control over it. Newborns will feel the lack of their mother’s body rhythms and the voices they were synced to for nine months. For older children, the trauma may be bigger.

A new place, a new environment, a new school, and new friends to adjust to may be stressful and traumatic for the child. This is because the child doesn’t have any control over the situation, and parents are usually too busy with the changes.

Disasters, such as earthquakes, tsunamis, fire, floods, collapsing of a bridge, etc. can affect kids psychologically. Several children experience severe trauma and PTSD upon losing their loves ones and their homes. They are affected even they see adults around them helpless and unable to cope. Which Children Are Most at the Risk of Getting PTSD?

The following children are at a higher risk of getting PTSD

Signs of PTSD in Children

To identify PTSD in children, symptoms usually include disturbing memories, flashbacks, or nightmares. Some other signs are:

How Is PTSD Diagnosed in a Child?

Trauma doesn’t necessarily always cause PTSD. PTSD is only diagnosed if the symptoms post the traumatic event happen for more than a month and have an adverse effect on the child’s development. Symptoms can usually be observed within three months for most children. But for some children, they can start even years later. PTSD in a child can be diagnosed by a mental health expert or a child psychiatrist, who will:

The type of treatment employed will depend on your child’s symptoms, gender, and age. It also depends on the severity of the condition. If your child has PTSD, it can be treated. Diagnosing it early on is the key. Treatment and therapy can help enhance your child’s development and give her relief. There are two ways of treatment:

A child psychiatrist will help a child work on her anxiety so that she can get the skills to manage it better and deal with the memories associated with the traumatic event.

The child psychiatrist can prescribe medicines for depression or anxiety, which can help the child feel much calmer.

Recovery will depend on the child’s resilience, the support she receives from her family and community, and her coping skills. Recovery times vary but can happen within six months.

What Can Parents Do to Help Children With PTSD?

You, as a parent, can play an essential role in your child’s recovery from PTSD. Here are some tips:

How Can You Prevent PTSD in Your Kids?

You can employ a few ways to prevent PTSD in your children, which include:

When to Call the Healthcare Provider

Call your child’s healthcare provider if she displays the following symptoms. It may indicate post-traumatic stress disorder childhood trauma:

An important thing to remember is that trauma is not equal to PTSD. A child goes through a traumatic event will not necessarily develop PTSD. If the trauma symptoms remain even after three months of the event, only then is it described as PTSD, a condition which can be treated effectively. So, you can breathe easy!

Also Read: How to Deal with Depression in Children?