One Breast Producing More Milk - Is It Normal? 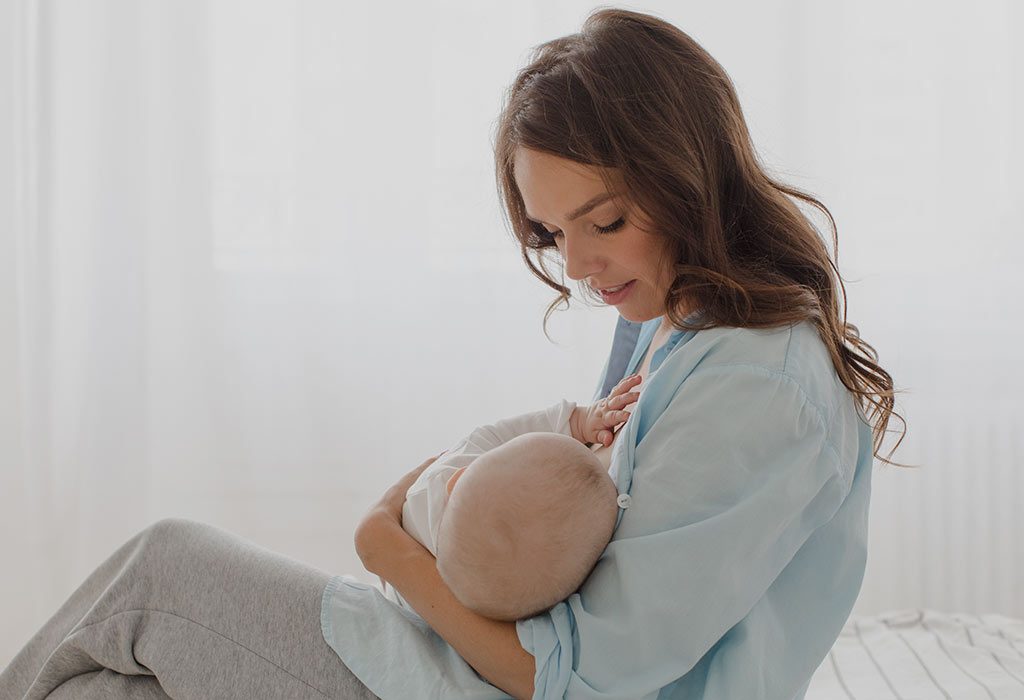 Doctors recommend exclusively breastfeeding babies for the first 6 months of their life. However, breastfeeding a baby isn’t always as easy as it sounds. Breastfeeding comes with its own complications. Sometimes, one of your breasts feels fuller than the other or one breast has a faster let-down reflex (release of milk from the breast).

Video : One Breast Produces More Milk Than the Other – Is It Normal?

Keep reading to understand why there are differences in breast milk supply, and how you can increase milk supply in both the breasts.

Is It Normal for One Breast to Produce More Milk?

Breasts produce milk according to the demand-and-supply rule. So, if you or your baby prefers, say the left breast over the right one, the left breast will produce more milk than the other. This could lead to low milk production in the other breast, which is quite normal. When your body senses that there is a greater requirement for milk from one side, it produces a larger quantity of breast milk on that side to meet the increased demand.

What Causes an Uneven Production of Milk in the Breasts?

There are several reasons for the uneven production of breast milk in a nursing mother. Some of them are:

1. The Baby/Mother Has a Breast Preference

If your baby favours one breast over the other and feeds more on the preferred side, there will be more milk supply in one breast. In nursing mothers, continuously breastfeeding on one side produces more milk in that breast. That’s because milk production and let-down reflex are triggered by the baby’s suckling.

If one of your breasts has been operated on, milk production may reduce in that breast. Injuries can also affect breast milk production. If you’ve sustained an injury to a particular breast in the past, it may have damaged the milk ducts and reduced milk production.

Both the breasts aren’t exactly the same. One breast can have more milk ducts than the other. The structure of the nipples also varies. It may be easy for your baby to latch on to the nipple of one breast than the other.

How to Encourage Equal Milk Production in Both the Breasts

There are some things you can do to stimulate your breasts to produce the same quantity of milk. Here they are: Does an Unequal Production of Milk Affect Your Baby?

As long as you nurse on demand, your baby will get enough breast milk to fulfil his nutritional needs. Even if one breast produces less milk, the other breast will produce more milk to compensate. You need not worry if you are feeding only from one breast as there are mothers who just feed from one side. The size of the breasts may differ, but you can feed from both sides equally to compensate for it.

All mothers have a different experience of breastfeeding their babies. You may panic if one of your breasts produces less milk but there’s no need to worry as long as you are feeding with the other breast. Your health also plays an important role in the production of breast milk, so take ample rest, eat nutritious foods and stay hydrated.

Previous article « Can a Fan in a Baby’s Room Lower SIDS Risk?
Next article Is Your Toddler Ready to Give-Up Napping? »