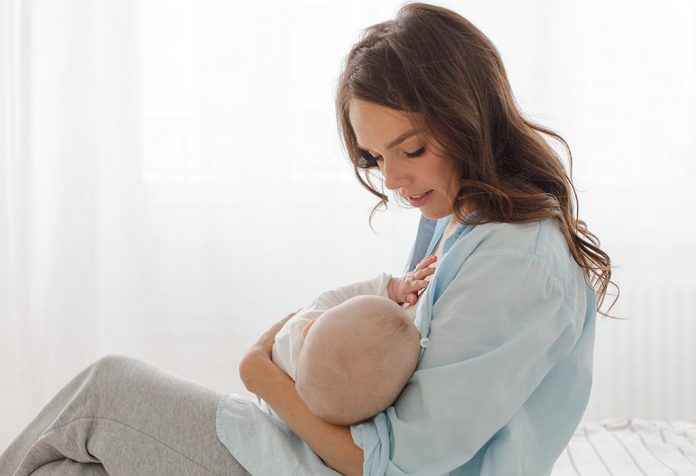 Fans of spicy food items are aplenty in our country. You might be one of those as well who can gorge on the spiciest dishes, while others would be drinking glasses of water and having sweets to calm their taste-buds. The advent of pregnancy might have cut this short for you but now that your baby is out of your body, going for them might seem like a possibility. But if through the breastmilk, your baby eats what you eat, it might make you wonder if eating them is an option after all.

Typically, it is pretty safe to eat spicy food items even when you are nursing your child. A small amount of those will find their way to your baby but that wouldn’t affect the child adversely. Don’t overdo with spicy eating and maintain a healthy diet balance at all costs. Maintain a food log and note items you ate which may have caused gas in the baby after you consumed those items. You may introduce it at a later point in your diet or decrease the quantity of consumption and slowly increase as the baby’s tolerance increases and gut improves. Many child nutritionists have observed that women who have had a range of food items while nursing their children have experienced fewer issues with getting their children to try different food items later in life.

Does spicy food make breast milk spicy as well? That’s pretty much the very first question most nursing mothers have when they think of having spicy food while breastfeeding.

And it is quite a valid one since babies who are on formula-based milk rarely get to experience a change in taste. For breastmilk, since its very taste is a result of what the mother eats, the flavours from your diet can trickle down to the breast milk, giving your child newly flavoured breast milk. This could also mean that your little one might want more of the newly tasting milk if he develops an affinity to it.

This acts as a pretty good precursor for your baby before you introduce him to the world of solids and the variety of flavours. The tastebuds begin to experience the presence of different flavours and start responding to them. At times, you might notice that your baby likes a particular flavour because you consumed that food item quite often when you were pregnant.

Not all babies tend to like the change in flavour, whereas some could be quite sensitive to it, too. A few possible negative effects that spicy food could have on your little one are:

1. Development of a Spice Allergy

The chances of these are quite rare yet such an allergy could crop up once in a while in a particular baby. A typical sign usually makes itself evident if you’ve consumed something spicy, and the baby showing rashes on the skin. You can go by trial-and-error and take a break before eating that same spice again. If it persists, then the allergy would be confirmed and its best to avoid it until the baby is weaned.

This stomach ache is predominantly present in young babies. Colic is a condition that affects the abdomen and causes a lot of discomfort to the child, leading to bouts of crying uncontrollably due to the ache. Many times, consumption of spicy food could trigger an occurrence. 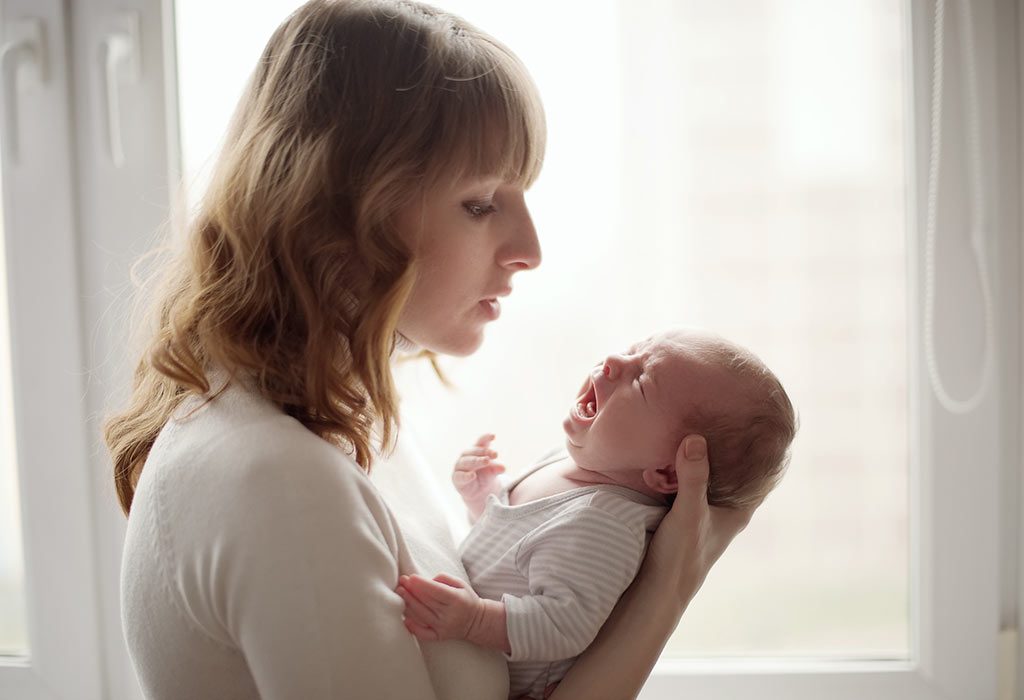 3. Gas-related Problems in the Stomach

For certain babies, consuming milk that has traces of spices in it can be unwelcome by the digestive system. This results in the formation of gas in the stomach and the intestine. The baby will pass flatulence more often than before, causing him to be irritated throughout.

4. Increased Appetite for a Particular Flavour

Though increased appetite is a good thing for mothers and babies alike, this is especially for the specific flavour of milk. On consuming a particular spice, the baby might tend to develop an affinity for it and drink a lot of milk than before and feed for longer durations. This could cause him to eat beyond his capacity and lead to puking it out, or get fussy and stubborn when the flavour of the milk changes or if he doesn’t get it in the extra amount.

Specific signs can be helpful in understanding your baby’s sensitivity towards spicy food. Most of those are depicted by:

If your baby doesn’t show sensitivity to the presence of spices in breastmilk, then there’s nothing like it. There are quite a few benefits to reap from following that diet, namely:

As your baby starts approaching an age of trying out solids and slowly letting go of breastmilk, many babies have difficulty making that switch since they find the new flavours too strong. Spicy food introduces these flavours through the breastmilk in the right form, allowing the taste buds to be stimulated and making it easier for your child to be weaned later on. 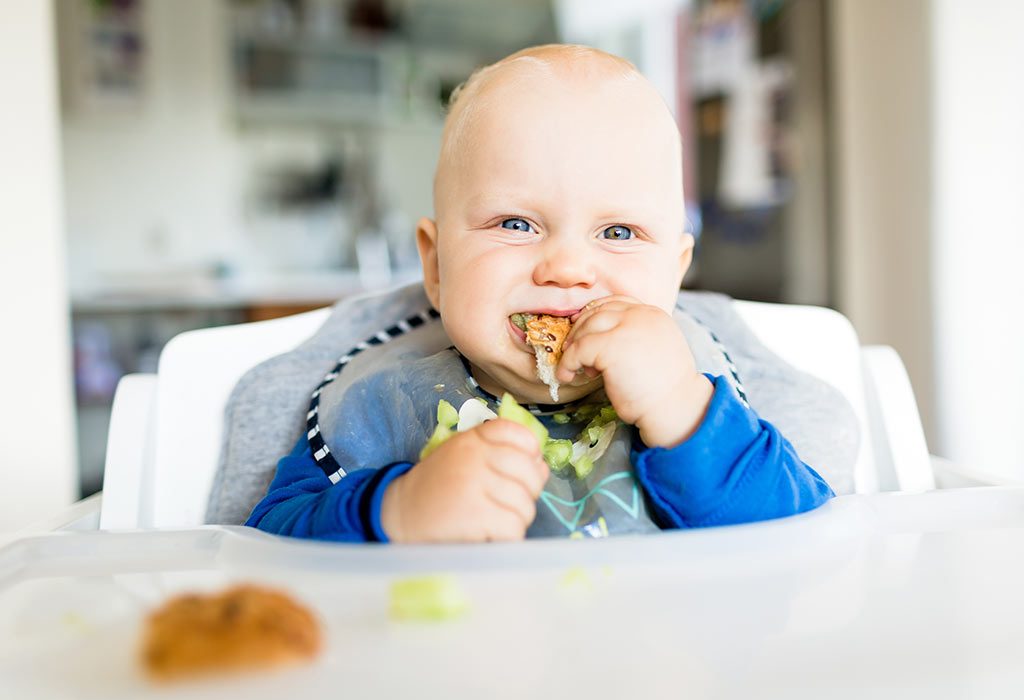 Early exposure to any aspect of life can stay with the baby for longer. When taste buds are stimulated through breastmilk with spice traces in it, your baby will be skilful enough to detect the flavour he likes from the variety of food items and be open to trying out different items as well.

The introduction of new tastes, flavours and food items is quite a challenge to the newly matured stomach. To assist with this, consuming spicy food helps the stomach to be exposed to such ingredients in a minimal form. The digestive system begins to handle them gradually and turns out being stronger than before once solids are introduced.

Setting newly weaned babies on a good diet of solids can be quite a task. The convenience and comfort of milk can be hard to let go of. Consuming spicy foods makes it easy to not just wean them off it, but help them establish a good diet plan, too.

What Is the Right Time for a Breastfeeding Mother to Start Eating Spicy Food?

Since we may not be aware of how long does spicy food stay in breast milk, it is necessary to know the right time to introduce the same to your baby as well. Many women tend to begin having it post-delivery in minimal amounts. It is best to delay the consumption of spicy food until your baby is used to breastfeeding properly and develops his health and immunity to a good level. In this way, in case your baby does suffer an allergic reaction, he won’t have to suffer due to it and can recover quickly, too.

Returning to eating spicy food and enjoying those flavours is quite a welcome after the journey of pregnancy. However, it is best to delay this for a few months until your baby is well established with breastfeeding. Starting it in moderation can help both you and the child develop the taste for a beautiful cuisine all over again.

How Playing With Your Baby Develops Her Brain

Evaporation Line on Pregnancy Test – What Exactly Is It?

Wonders of Wearing a Copper Ring That You Must Know