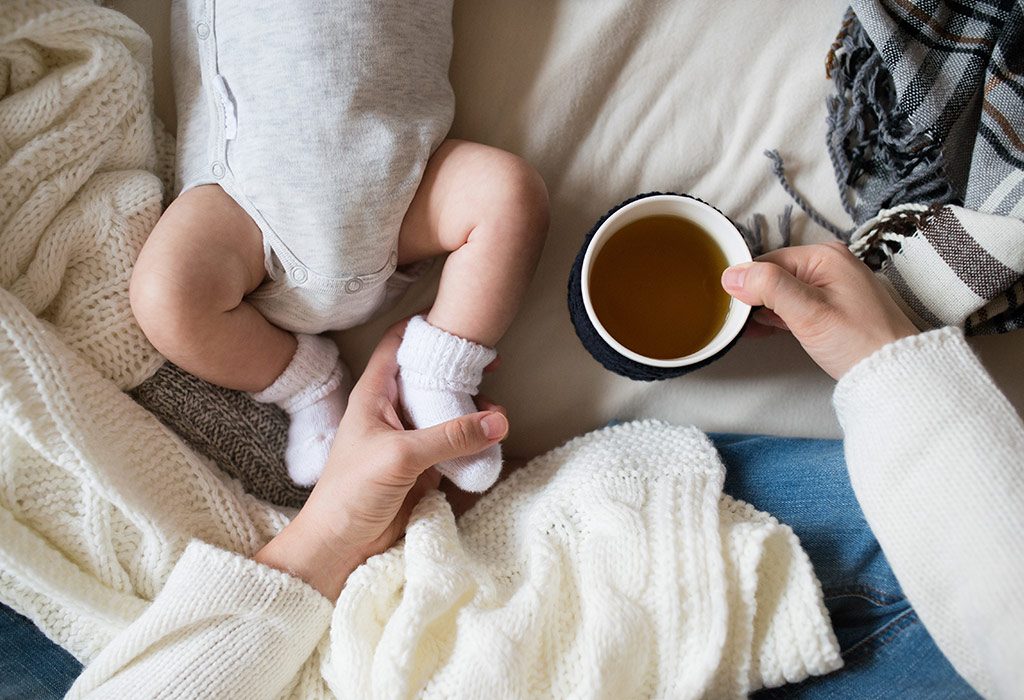 Rich in nutrients and antioxidants, a cup of green tea can do a world of good to your body. However, when you’re lactating, everything that you eat or drink gets transferred to your baby via breast milk. In this article, we explain whether it’s safe to consume green tea during breastfeeding.

Is It Safe to Drink Green Tea When You’re Breastfeeding?

Breastmilk is the only source of nutrition for your child for the first six months. So, a mom’s diet should provide the necessary nutrients and be devoid of side effects.

Green tea doesn’t have any negative effects on babies when consumed in a limited quantity. In fact, green tea contains essential nutrients such as Vitamin B, folate acid, manganese, magnesium and other antioxidants which help in nourishing the baby and the mother alike. That said, the caffeine content in green tea can adversely affect some infants.

You can safely consume plain green tea that has a low amount of caffeine. Avoid teas that contain herbs.

How Much Green Tea Can You Drink While Breastfeeding?

Green tea is rich in nutrients that energise and refresh the body. However, since it also contains caffeine, green tea shouldn’t be consumed in excess. Two cups per day of green tea, with each cup being around 230ml is considered safe for lactating women. The upper limit for daily caffeine consumption is 300mg and a cup of green tea has close to 29mg of the same.

Side Effects of Green Tea on Lactating Mothers

There is no scientific backing to prove that green tea has any direct side effects for breastfeeding mothers. Only 1% of the total caffeine consumption enters your breast milk. Unless consumed in excess quantities, green tea does not have any side effect on the mother.

No studies prove that green tea reduces or stops breast milk. But to be on the safe side, wait for at least three hours after a meal to consume green tea.

What Happens If Green Tea Is Consumed in Excess?

When it exceeds the daily prescribed limit, green tea can lead to the following symptoms in babies: You should look out for these symptoms even if you don’t exceed the daily caffeine limit.

Decaffeinated green tea isn’t entirely devoid of caffeine; it contains 2-5 mg of caffeine per 237 ml cup of green tea. As every tea maker has different standards of caffeine elimination, read the product label before buying.

Not really. With green tea pills, you may accidentally consume more caffeine every day than the prescribed limits. This may affect your baby. (some pills contain hidden steroids as well).

If you want to avoid the consumption of caffeine while breastfeeding, you can go for these beverages:

Green tea has a lot of health benefits. If consumed within prescribed limits, it isn’t detrimental to the mother’s or baby’s health.