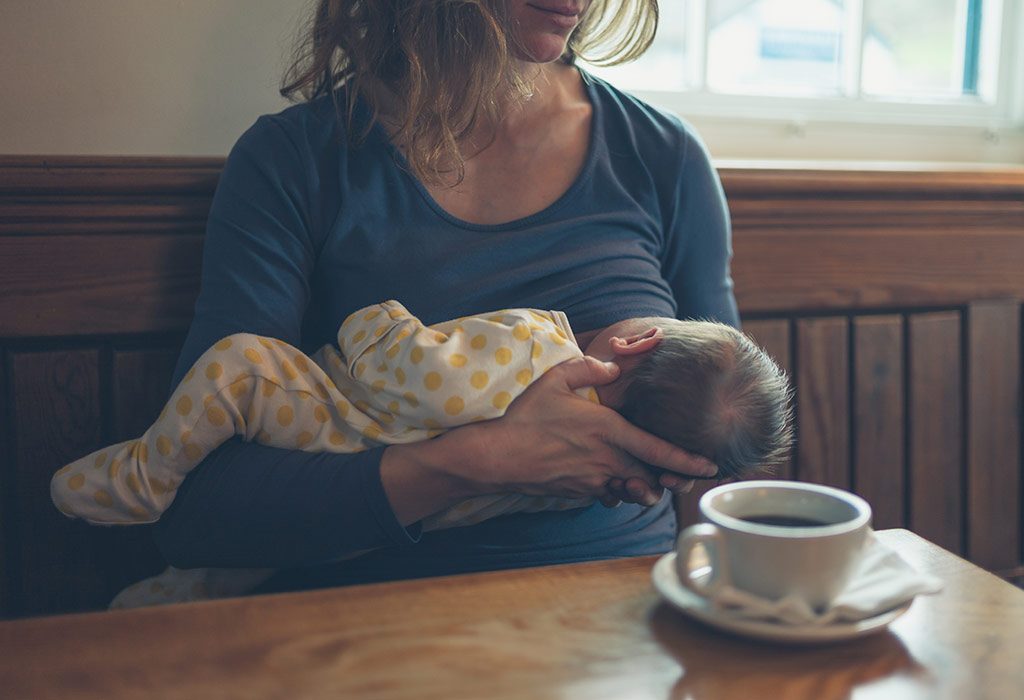 Coffee has several health benefits. The caffeine present acts as an energizer, inciting raised levels of physiological or nervous activity in the body. Therefore, it should be taken with caution by one and all, especially by pregnant and breastfeeding women.

Some babies can be more caffeine sensitive than the others. These babies cannot get rid of the caffeine that has come into their blood stream through the mother’s milk, making them restive and unable to sleep. Babies who are less resistant to it can also suffer from acid reflux or colic. In fact babies born to mothers who restrained from caffeine during pregnancy are more sensitive to it but they gain tolerance with age.

Is Consuming Coffee/Caffeine Safe While Breastfeeding?

Can drinking caffeine affect breastfeeding? Well, that’s a question all nursing mothers have. Experts say consumption of coffee or caffeine in limits (around 1 – 3 cups of coffee/tea a day or similar amount for other caffeinated products like energy drinks) is safe. However, nursing mothers with a baby less than four months old should abstain from it, since babies that young may not be able to deal with even a small amount of caffeine in their blood stream. Observing your baby could also help. In case your baby is awake most of the time, especially after you breastfeed him, or restless and irritable, then it’s a sign that the mother needs to curb on her caffeine intake.

Can the Caffeine You Eat or Drink Get in Your Breast Milk?

Can Caffeine Harm Your Baby?

Low level of caffeine in the breast milk does not validate that the amount present is safe for your baby. Moreover, caffeine metabolism in a newborn is very slow, at an average of 3 – 4 days and can be even slower in premature babies. However, it gradually increases as the baby matures. How Much of Caffeine Is Fine?

The effects of caffeine may differ from one mother-baby pair to another based on several factors. Most babies are fine if the mother drinks 1-3 caffeine drinks a day but some babies start showing signs of irritability and sleeplessness when the mother drinks 4-6 caffeinated drinks a day. As the baby grows old, he can metabolise caffeine more efficiently. Therefore, it can be said that several factors have to be studied before determining the amount of caffeine that is fine for a mother-infant pair.

Amount of Caffeine in Your Favorite Food & Beverages

Reasons to Avoid Caffeine While Breastfeeding

Caffeine is said to be present in a lot of food and medicines along with tea and coffee. People prefer beverages like tea and coffee because of the caffeine present in them since it keeps people alert and awake. However, its best to keep away from all food and beverage containing caffeine while you are breastfeeding for the following reasons.

Since coffee and breastfeeding cannot go hand in hand, here is a list of substitutes which work like coffee but are caffeine free.

Caffeine can be found in most of the beverages. It is said to be a great energy booster. People crave for a cup of freshly brewed tea or coffee  in the morning. However, beverages or food containing caffeine should not be taken in excess while breast feeding an infant since it can lead to a lot of health issues in the baby. Otherwise too, caffeine taken in excess has it’s side-effects. Therefore if you think you are consuming too much of it, cut back on it and see your lifestyle change for the better.

Also Read: Breastfeeding Your Baby All You Need to Know to Get Started