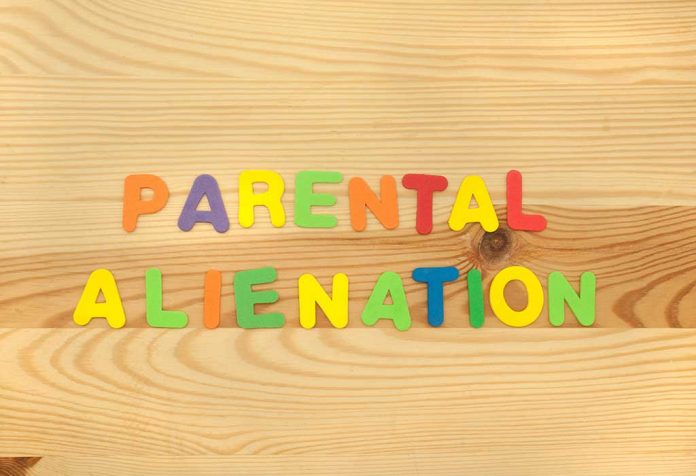 When a married couple, who also happen to be parents, decides to part ways, the one who suffers the most is the child. Divorce, especially when it’s a messy separation, is hard, but when the couple has a child, it can make it even harder. Like any other parent, you would want to keep your child, but if your spouse happens to turn your child against you and you lose his/her custody, life can’t get any worse for you. When a former spouse tries to alienate the child from the other parent using various strategies, it is called parental alienation. Parental alienation can have adverse effects on the child. If you feel that your child is distancing from you, it could be because of parental alienation. Read on to know what it is and how it can be dealt with.

What Is Parental Alienation?

When the relationship between parents become toxic and they get divorced or go through a terrible separation, the child suffers the most. Sometimes, the child doesn’t receive enough love and care and feels that he is getting ignored. One parent may try to distance the child from the other parent using techniques such as brainwashing or alienating. This is parental alienation or a type of emotional distancing from the parent. The child ends up believing those things when told repeatedly and distances himself from the spouse. This impacts the behaviour of the child in the long run.

When Does It Become a Syndrome?

Parental alienation syndrome isn’t officially a clinical or medical syndrome but that doesn’t mean its effects aren’t long-lasting. The person who is subjected to criticism is considered as the parent who is being alienated while the one who is brainwashing the other parent is the alienator. A child’s relationship with the other might have been good before separation but after the divorce, the parent who doesn’t have the custody of the child may not be able to spend enough time with the child. The other parent may brainwash the child and he may start believing the lies. At times, the damaged parent-child relationship can take a toll on the mental health of both the child and the parent who doesn’t have the custody of the child. However, parental alienation syndrome has not been officially considered as a syndrome in the medical field. It’s not something a child could be identified with, but yes, it may affect him emotionally and mentally. 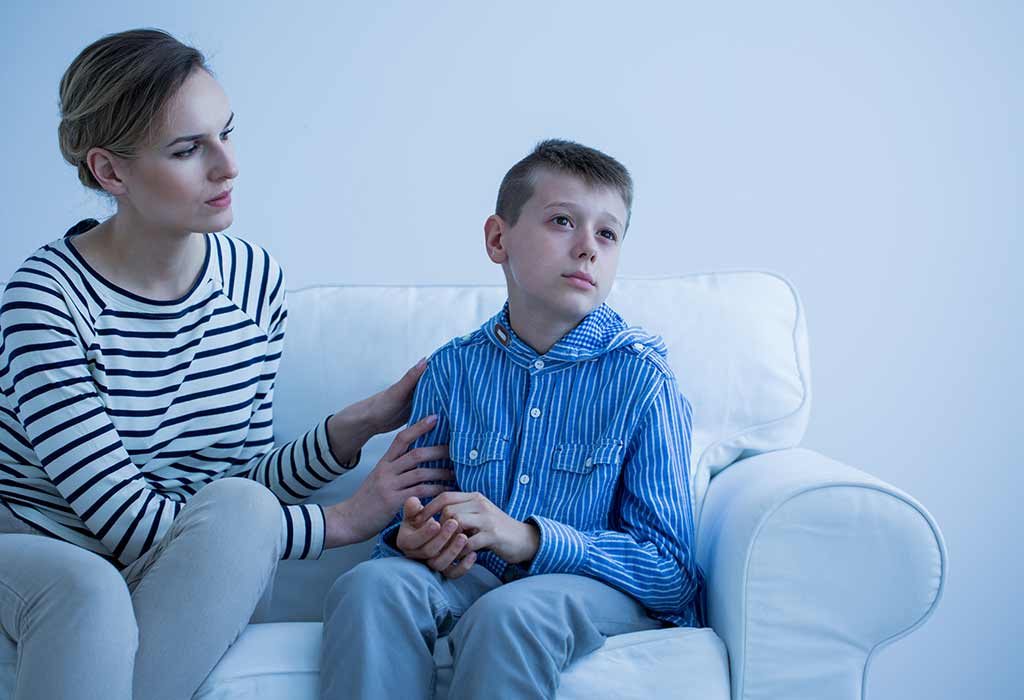 Signs That a Parent is Being Alienated

Parental alienation affects a parent as much as it affects a child. It can be emotionally disturbing for a parent to see their child (and the other parent) alienating them. Let’s understand what are the signs of a parent being alienated.

1. The child refuses to talk to the other parent.

The child may criticize the other parent for no reason and unfairly push them away from their lives. Such actions are fuelled by false reasoning, prejudices, and assumptions.

2. The alienator prevents the child from seeing the other parent.

3. The child requests the other parent to not attend the parent-teacher meetings.

When a child requests a parent to not attend parent-teacher meetings or show no care whether the other parent is present or not, that’s a clear sign of a parent being alienated. In extreme cases, the alienated parent may not be listed as a contact person or guardian in the school’s registry.

4. The child disrespects the other parent.

Whenever the alienated parent tries to treat a child or does anything good for him, the child who is influenced or manipulated by the alienator parent will disregard those acts of kindness of the other parent. And the child may mistreat their favours – he may make the other parent feel that he/she owes them stuff. And when they end up granting their wishes, they act as if it’s never good enough or they should’ve done more. It’s a vicious and emotionally draining cycle.

6. The alienator parent discourages the child to take his things to the other parent’s house.

7. The alienator parent discloses details about their relationships with the child.

One parent may divulge intimate details about their relationship with the alienated parent and disclose details he/she shouldn’t have. This may build feelings of anger, jealousy, and negativity within the young mind.

8. The alienator may try everything possible to keep the child from visiting the alienated parent.

When asked about or confronted regarding parental alienation, the child may deny any signs of manipulation or influence from the pathological parent’s end. The alienated parent is told by the child that it’s their sole decision in rejecting them and how nobody is controlling him. This is also a telltale sign of parental alienation.

Effects of Parenting Alienation on Kids 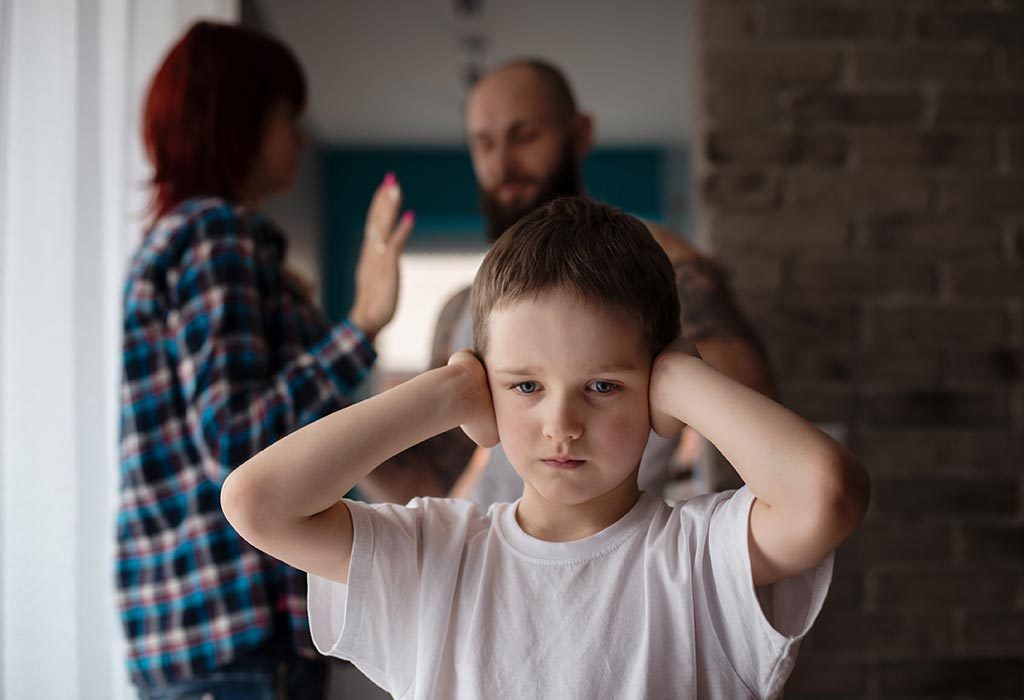 How to Deal With Parental Alienation

When you’re fighting with your spouse and trying to bond with your child who is refusing to listen to you, the first thing you will have to do is learn to be patient and calm. Sometimes the best solution is confronting the matter straight on and not ignoring it. The more you avoid talking about the subject, the worse the alienation becomes. Your children will be the witness of every action you take and it will remain forever in their memories as they grow up.

Here’s what you can do when you’re facing parental alienation:

1. Learn About The Legalities

Read up about parental alienation laws and consult a divorce lawyer or relationship advisor. These are experts who have dealt with similar cases. If you fear you’re going to lose custody of your child, you can consult them and see what course of action you can take.

2. Have Friends To Turn To

When you’re a victim of parental alienation and you see your child labelling you as ‘the bad person’, you will feel emotionally hurt. Sometimes, you may feel you might just give up and forget about trying to take custody. When you feel emotionally dispirited, it may take a toll on you more than you think. This is where having an emotional support system will help immensely. Have friends you can talk to and reliable family members you can consult. You may get a different perspective on the situation and they may shed light on solutions.

Juggling a job, fighting with your spouse over custody, and not being able to connect with your child can leave any parent feeling like the world is about to end. Have self-care strategies in place and take care of your emotional and mental health. Write a journal and forgive yourself for any past mistakes you’ve committed. Don’t beat yourself up and remember that bad times don’t last forever. Eat clean and eat healthily, be sure to fit in some exercise, and meditate. Although these habits look simple, they make a massive difference to your emotional well-being.

Whenever you find yourself losing an argument or getting labelled as a victim – take a step back. Think about the strategies your co-parent used against you for parental alienation. Don’t react to those moments and use your feelings as a guideline on what to do. Don’t act on impulse when you’re angry. Let the feelings flow through you, let them pass, relax, and then decide with a clear head on what to do. If you’re too overwhelmed, get some distance and revisit the situation later when you are able to.

Is Parental Alienation Different For a Mother and Father?

In this time and age, parental alienation isn’t very different for moms and dads. Alienated fathers face similar situations like alienated mothers. It’s a 50/50 ratio these days but legally speaking, due to societal norms moms are more likely to be granted custody of the children.

150+ Best Nicknames for a Baby Girl