Home Relationships Family How To Know If You Are a Nagging Wife and Tips to... 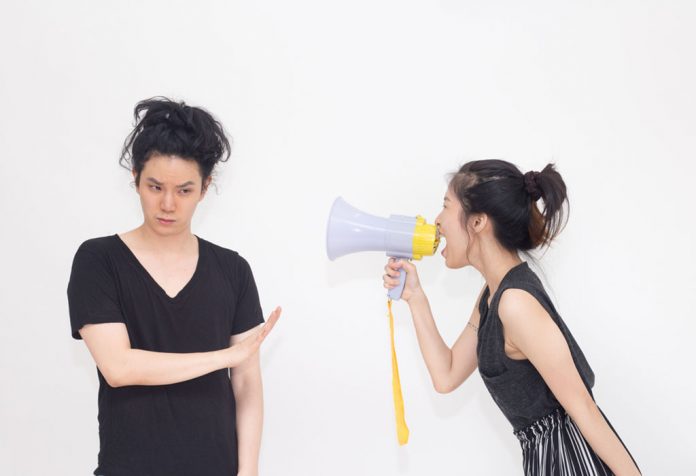 If you find yourself getting your husband to do things or you repeat yourself over a dozen times, you’re engaging in nagging behaviour. While most women don’t like to nag, unless they feel overwhelmed, unheard, overworked of taken-for-granted, nagging indicates trouble in the relationship. While it feels right to continue doing so, nagging can further strain your marriage, or worse, make it fall apart. If you have just realised that you have become a nagging wife, this article has all you need to know about nagging and how to work to improve things.

What Is Nagging and What Are Its Different Phases?

Going by the definition, nagging is persistently annoying or finding fault with someone. It also involves constant complains and demands. The “nagging wife” is a popular term people have been using for centuries, so the relationship dynamic is not new. As mentioned earlier, most women do not nag their husbands unless they are feeling unheard, overwhelmed or taken-for-granted. Nagging can also be a consequence of being in emotional, physiological or financial distress. In a few cases, nagging is also an indication of caring. Here are the stages through which nagging develops:

Long before a wife starts to nag, she will put across her concerns politely without being combative or disrespectful. She tries to get the message across to him, for example, making her a part of his decision-making process. The husband might refuse to do so, think only he should handle it, or try to escape by saying that he will include her in the future. The wife keeps making repeated polite requests that come across as nagging.

The wife could realise that her husband prefers to take decisions without involving her, and she gets annoyed and speak mockingly, harshly, or even raises her voice to protest. This second stage of nagging is when she would start picking up fights for leaving her out. It is also nagging, when disrespect, anger, and demands enter the picture.

Phase three is when the wife goes straight into an argumentative mode, without asking politely as she knows from previous experience that he will not involve her in the decision-making process. Arguments also start right off the bat when something new comes up, and makes the relationship worse.

How to Tell If You Are a Nagging Wife

These are the signs of a nagging wife:

1. Asking for Something Repeatedly

The first sign that you are a nagging wife is that you repeat something to your husband not once or twice but multiple times. When you ask your husband to get something done, and he doesn’t do it immediately, or within the time span expected, you would assume he didn’t hear it and keep repeating it.

2. Using Words or Statements That Accuse or Trigger

Statements such as “You never take out the trash”, “You always make a mess in the kitchen” have the word “you” in common. It is basically a keyword for accusation, and you are directly criticising your husband. These trigger words make him feel attacked rather than getting your point across.

Nagging about a complicated issue will leave you feeling helpless after a while. It could be something like your husband’s smoking addiction. Although you have advised, and eventually nagged him for a long time, it hasn’t put a dent in the cause. Eventually, you feel helpless and nag more. And, when he asks you what bothers you, you push him away saying it doesn’t matter.

4. Strong Urge to Control Everything Around You

If you are a nagging wife, you probably also have the strong need to keep everything under control. When things don’t go your way, you start nagging. Both men and women can be control freaks and nagging can be fed by the habit of making a note of every move your spouse makes, their lack of effort, their flaws, etc.

If you are the dominant person in your relationship who controls and sets the tone, it could easily slip into a state where you begin parenting your husband. You could become the overly controlling wife who has to constantly nag to get your husband to act according to your will.

6. Pushing Your Partner to the Point of Rejection or Resentment

Constant nagging can make your partner feel rejected and even resentful towards you, and he would withdraw from the relationship. You will find that his behaviour gets worse and he might retreat into his man cave or his comfort zone and distance himself from your constant criticism.

7. Being Too Focused on Their Behaviour

If you nag your partner for every trivial thing, such as forgetting a birthday or an event, although you have mentioned it many times, you will end up trying to micromanage their life. All of this makes you want to nag more.

How Does Nagging Affect Marriage?

Although nagging feels like the right thing to do to get your husband to listen to you, it can be quite destructive to the marriage. Constantly sending your husband the message that he is not good enough, doesn’t respect you, and that you think you are better than him, can also affect the marriage. The constant negative bombardment can push your husband to give up on himself and eventually your marriage. If you have kids, it also sends the message to them that their dad is not good enough and doesn’t deserve to be respected. Children raised in a nagging household also become rude individuals and even inculcate the behaviour in their personal lives.

What You Can Do to Stop Nagging

Here are a few ways to stop nagging and start improving things:

1. Do Not Repeat More Than Once

There will be times when you have to repeat something so that he doesn’t forget it, but if you are sure that he heard the things you said, try not to repeat it until he acknowledges it. This is usually how nagging occurs. If you aren’t sure he got it the first time, just repeat once more to know that he heard you.

2. Understand That Nagging Is Controlling Behaviour

Nagging is a disguised form of controlling someone’s behaviour. Think about why you wish to control his behaviour and if there are ways for you to stop it. The next time you feel like something isn’t under control, ask yourself if it is worth nagging your husband over it.

There are things that you may not be able to change immediately, such as his smoking habit or other idiosyncrasies that take time to get over. Nagging definitely won’t help as it would create a further divide. What you can do is accept the situation and choose a more positive way to bring about a change in the long run.

Long criticism and nagging often breed resentment and makes things worse. Nagging is always perceived as a controlling behaviour that doesn’t help your cause. Instead, use positive reinforcement such as praise and appreciation when he decides to not take that extra smoking break or listens to you about something.

6. Do Not Become the Authoritarian Leader in His Life

Any man would feel stifled living with a nagging wife who controls his every movie and nitpicks everything about him. Sure your husband may have a lot of flaws that don’t help, but nagging him or becoming an authoritarian leader in his life will only push him away from you.

If you are overly dependent on your husband for happiness and general satisfaction in life, and nag him for not giving enough, it is time to examine yourself and what drives you. In such instances, it is very likely that you failed to make a life for yourself that is fulfilling and neglected your own needs. Before you put excessive demands on him, think about what you really want from yourself and whether your expectations are unrealistic. Also, focus on behaviours that you indulge in but project on your husband. Maybe you are lazy by nature and nag him for being lazy and not getting enough things done because he is lazy.

If your husband had to deal with a nagging wife for many years, the emotional toll it takes would need time to heal. Find ways to constructively build yourself and focus on setting thing right from your end without expecting or nagging him to reciprocate. You will notice that in time he will come around so you can work together to fix things.

Nagging is a disguised controlling behaviour that can introduce resentment in a relationship and lead to bigger problems in the long run. There are specific behaviours associated with nagging that can be identified through introspection and improved.

How to be a Supportive Wife
How to be a Good Mom & Wife
Ways to Know What Kind of a Wife are You?

13 Remedies To Get Rid of Under Eye Wrinkles

Are Spa Treatments Safe During Pregnancy?