Herbal Teas During Pregnancy - Which Are Safe?

Herbal Teas During Pregnancy – Which Are Safe?

Herbal Teas During Pregnancy – Which Are Safe? 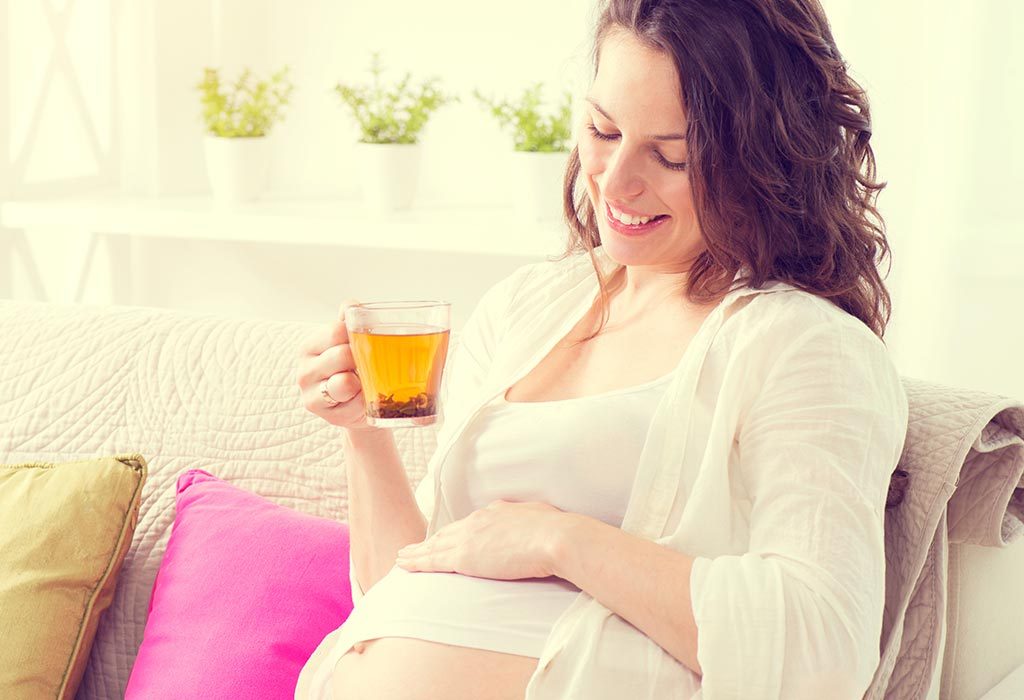 What Is Herbal Tea?

Herbal tea is made from the roots, flowers, seeds, berries, and leaves of a variety of plants and is used for medicinal purposes. Herbal teas also do not contain caffeine, which makes them a popular and healthier choice.

Is It Safe to Drink Herbal Tea During Pregnancy?

Drinking herbal tea during pregnancy is safe as long as you drink it in limited amounts. Just because herbal teas contain natural ingredients, that doesn’t mean you can drink them as much as you want. Certain types of herbal teas should be completely avoided during pregnancy. If a box of herbal tea claims that it is ‘natural’, it does not make it ‘safe’. Many herbs are known to cause harm to the foetus. For example, drinking raspberry leaf tea or peppermint tea is good during pregnancy but drinking them in large amounts can lead to contractions and increase the risk of preterm labour. Hence, you should check with your doctor first before you start drinking any herbal tea.

Benefits of Having Herbal Teas During Pregnancy

Which Herbal Teas Are Safe for Pregnant Women?

There is no specific study that proves that a specific herbal tea is good for pregnant women. However, on a general level, most herbs that are deemed fit to consume can be used to make herbal teas.

Most herbal teas are safe to consume as long as you drink them in moderation. Moderation is always the key. Most herbs such as peppermint and thyme do not pose any harm, and consuming normal amounts of herbal tea prepared using them should be fine. Herbal teas are very concentrated, hence, you should consume them in limited amounts.

Herbal Teas That Are Safe to Consume During Pregnancy

Mentioned below are some herbal teas that are safe to consume during pregnancy. However, it is suggested that you consult with your doctor before you add them to your pregnancy diet.

Lemon balm tea has a soothing and calming effect on the body. It helps lower anxiety levels and stress. It also helps in digestion. Drinking lemon balm tea can also make you sleep better. So you can drink this tea while pregnant – but remember to drink it in moderation.

Also known as red tea, this tea proves to be a blessing for women who have digestion problem or even acid reflux during pregnancy. It contains magnesium and calcium and is a good source of antioxidants. It is also caffeine-free and has low levels of tannins, so this tea could also be tried during pregnancy.

Peppermint herb is good for the stomach. And drinking peppermint leaf tea can provide relief to the stomach muscles. It also helps ease nausea, morning sickness, and gas. However, it should be consumed in moderation as it may worsen the problem of heartburn in some women. 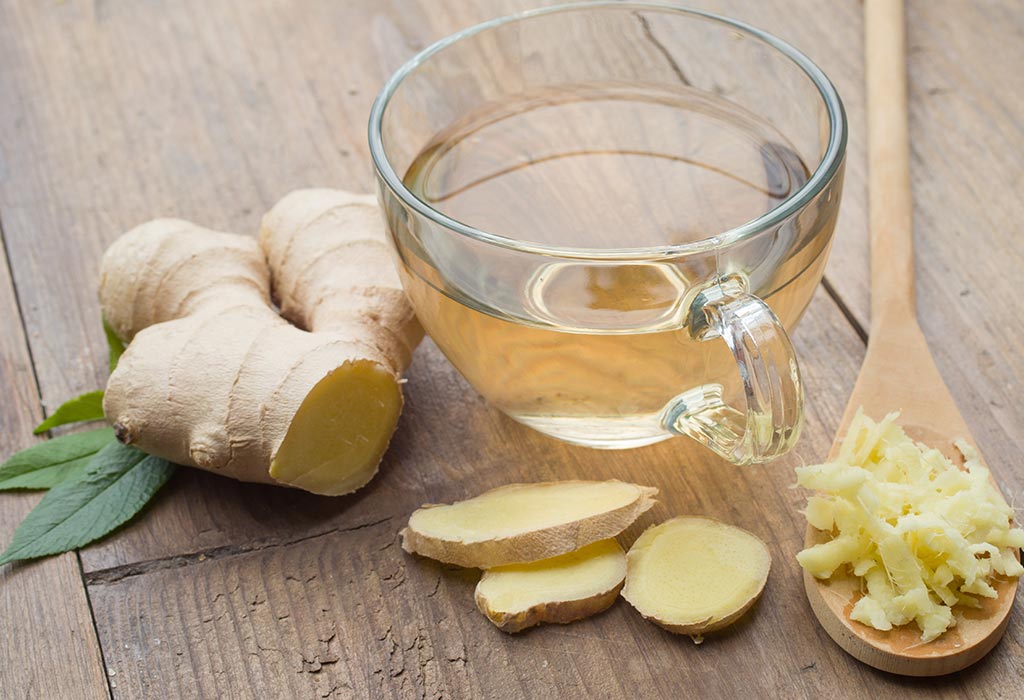 Drinking ginger tea during pregnancy can help alleviate morning sickness and anxiety levels. This tea also provides relief from digestion problems and strengthens the immune system. Drinking one to two cups of ginger tea can be beneficial for pregnant women. However, this tea too should be consumed in moderation and the quantity of the ginger used to make a cup of ginger tea should not be more than 1/8 teaspoon.

A little peculiar in its form, this tea is usually consumed in the second and third trimester of pregnancy. Raspberry leaf tea is high in calcium, magnesium, and iron. This herbal tea also strengthens the uterus, preparing it for labour. It can also prevent haemorrhage after delivery. So drink it when you are into six months of your pregnancy or even later.

Herbal Teas to Avoid During Pregnancy 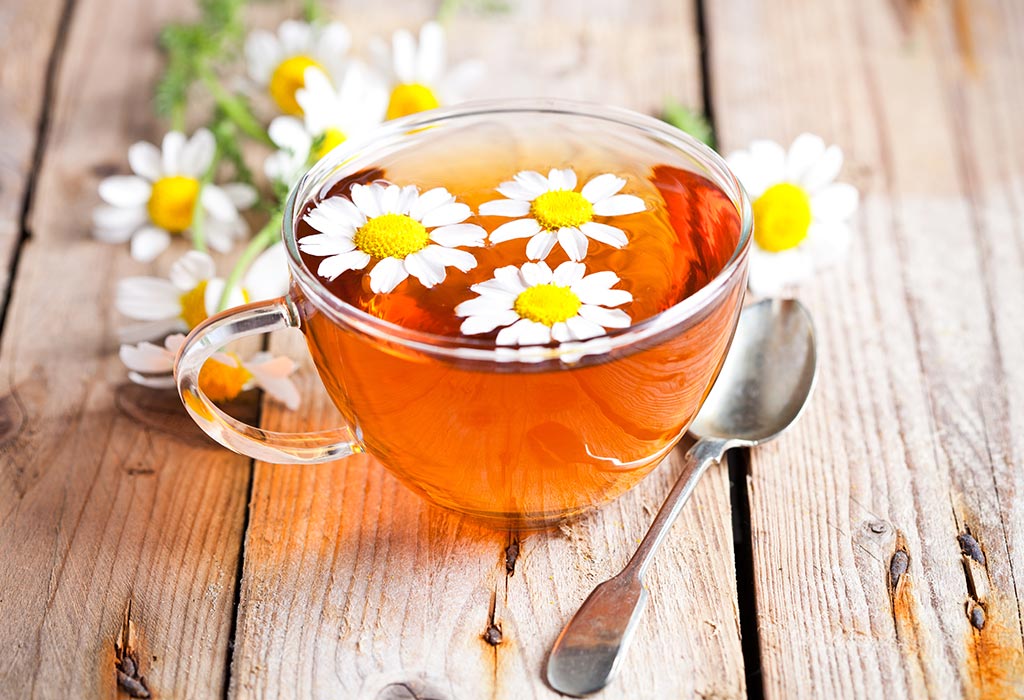 People have different opinions with regards to the consumption of nettle leaf tea during pregnancy. As nettle leaf tea contains magnesium, calcium, and iron in high amounts, it is considered as a safe beverage for pregnant women, especially in the first trimester. Drinking nettle tea made using dried leaves is deemed safe; however, nettle tea made from the root may lead to uterine contractions or even miscarriage. The use of nettle tea is quite controversial hence it is best avoided.

A quite popular herb, dandelion has a peculiar effect on the body. Dandelion is high in Vitamin A and calcium. It also contains potassium in high amounts, which makes it a potent diuretic for the body. Drinking dandelion tea can help reduce swelling during pregnancy in some cases, but it should be used with caution as it is a strong diuretic.

This herb is known to trigger uterine contractions and cause menstruation. So any herbal tea prepared using pennyroyal herb should be avoided completely during pregnancy.

Liquorice root is a herb that can cause premature labour. So avoid drinking herbal tea made using liquorice root.

Sage, a well-known herb, contains thujone. This element can elevate the blood pressure of pregnant women and, in certain cases, could even lead to a miscarriage. So if you are pregnant, avoid drinking sage tea.

This herb is widely consumed nowadays, but consuming herbal tea made from parsley is not the best idea during pregnancy. Parsley tea is known to hinder with the foetal development and can result in a miscarriage.

There are two variants of these. Using the inner bark of the elm tree can provide relief from nausea but the outer bark can affect the uterus and lead to a miscarriage. Since the source of the bark cannot be confirmed in the tea, it is best to avoid this tea in the first place. 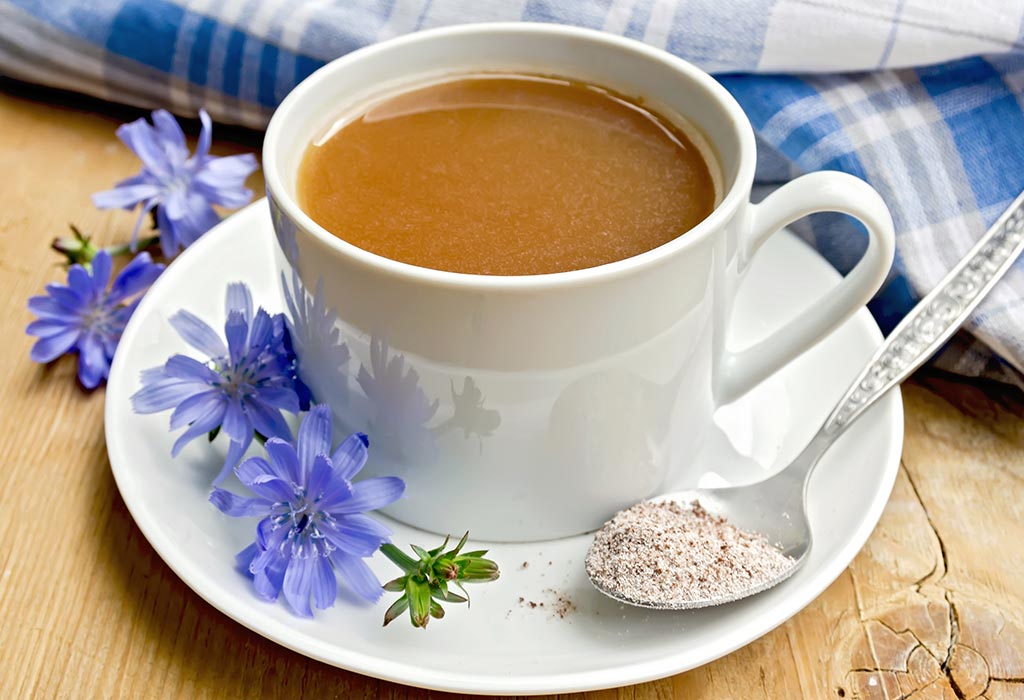 This herbal tea is one of the most harmful teas for pregnant women. It poses a great risk to the health of the mother and the foetus as it can trigger menstruation cycle and can even cause miscarriage.

There are many health benefits of consuming alfalfa in various forms. But consuming it in the form of herbal tea is not safe. If consumed in excess, it can be harmful to the body.

This herb is rarely used, but herbal tea prepared using it is known to act as a laxative. Therefore, it may not always be safe for consumption during pregnancy.

What Is Non-herbal Tea?

Can You Drink Non-herbal Tea During Pregnancy?

Non-herbal tea is high in antioxidants but it also contains caffeine, which is bad for a pregnant woman. During pregnancy, women are suggested to cut down on caffeine or to avoid it completely. Hence, it is best to avoid non-herbal tea during pregnancy.

While some herbal teas are safe to consume in moderation, avoiding them would be a better option. By consuming nutritious foods, you can stay healthy during pregnancy. Before steeping and consuming any tea, learn about its benefits and potential risks. And do check with your doctor before including them in your pregnancy diet.