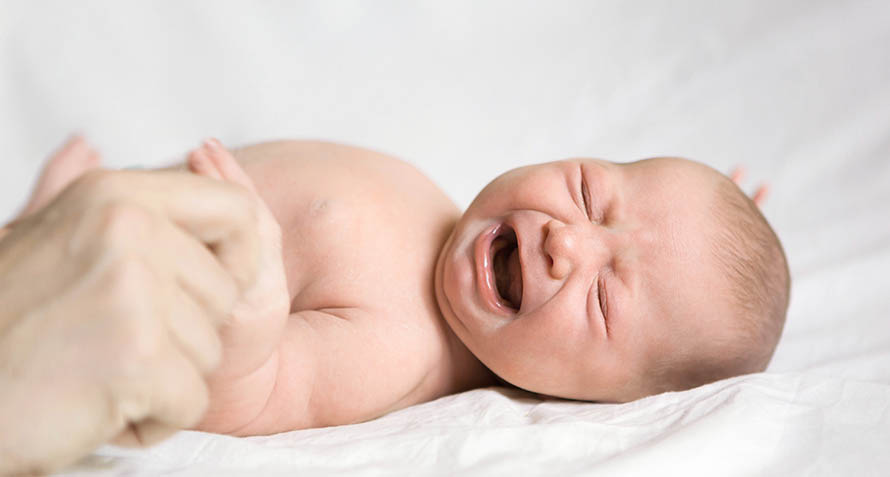 If you’re a mother the term “colic” is definitenly not alien to you. Long hours of red-faced crying and even longer hours of wondering what’s wrong is all too familiar for a new-mom. Colic in babies is so common, it has been accepted as a given. New research has found that one age-old practice might actually end this once and for all.

It is statistically believed that one in five babies are prone to colic. Colic is known to be a condition comprising of excessive, frequent crying in babies who are otherwise healthy. The crying usually stops by the time the baby is around 6 months old, however, this may seem like a long time. Latest study conducted in the UK suggests that acupuncture can help reduce the effects of colic in babies. Although many conventional ways do not make use of any such practice, it is interesting to know how an age old method can perhaps put an end to this persisting problem.

What Causes Colic in Babies?

The cause of colic in babies is unknown, however, it is believed that minor tummy related problems like indigestion, intestinal sensitivity to breast or formula milk or even trapped wind can cause this occurrence in little ones. A theory also suggests that this condition is caused due to an imbalance of healthy bacteria in the intestines. Also, babies of mothers who continued smoking during their pregnancy turn out colicky.

According to a study published in the BMJ journal, Acupuncture in Medicine, researchers from Lund University took around 147 babies suffering from colic and divided them in a group of three to carry out the experiment. Two of these groups received two kinds of minimal acupuncture while the remaining group wasn’t administered any of this. A needle was inserted up to a depth of 3mm for a few seconds in the first group whereas up to five needles were inserted in the second group for approximately 30 seconds.

The entire practice was carried out twice a week and lasted up until weeks. During this course of time, parents of all three groups were asked to monitor the crying of their babies. This included keeping a tab on the frequency and the duration of their cries. Post the experiment, researchers found that the crying reduced in all three groups, however, it reduced at a faster rate amongst babies that received acupuncture.

The study author from the faculty of medicine at the university, Dr. Kajsa Landgren also revealed that the babies did not cry at all during more than half of the treatment and cried only for more than one minute during 31 out of 380 sessions. Many other doctors and scholars of the field however believe that the research is quite inconclusive as a statement cannot be made by studying a small group of subjects. Moreover, they also suggest that cockily babies respond to even minimal attention and the conducted study confirms that a little extra care is capable of generating an effect.

Although paediatrics use acupuncture in certain cases to treat children, however a case of colic will need further investigation. Acupuncture is mostly used to treat conditions, like chronic pain (example, neck pain), joint, dental and postoperative pains.Age old tested methods of relieving the effects of colic in babies are mostly simple techniques any mother could adopt. For example, holding the baby, burping after feeds, gently rocking them over the shoulder and a gentle massage for the baby’s tummy.

Mothers too can take certain precautions in case they are breastfeeding. These include avoiding caffeine drinks and spicy food and maintaining a healthy diet. Apart from this certain alteration in baby’s diet could also help. Colic can be tough and exhausting for parents too.Sometimes a little help from family and friends can help ease the pressure. And sometimes if you are lucky, your might actually just be crying out of hunger or tiredness!

Although the study is vastly inconclusive, it definitely has opened doors to a new possibility of reducing the effects of colic in baby, a condition that troubles both the parents and the little one alike!