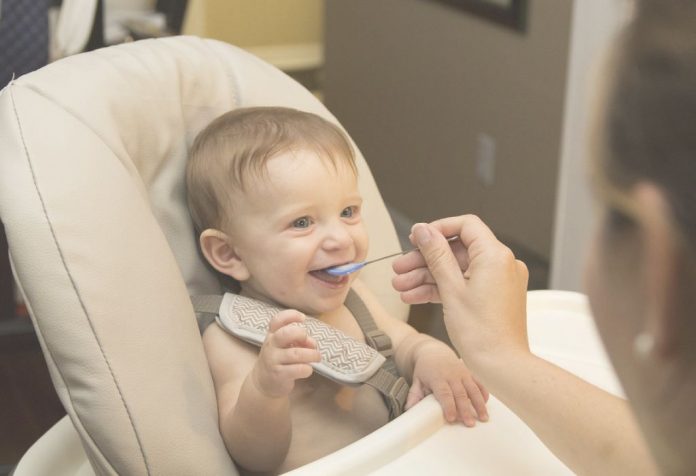 This recent news report could be the one-stop solution to improved brain development in Indian babies. Are you ready to make your baby even smarter?

One of our most favourite quotes on women is:
(Fe)male:
noun

A person with extra iron, added for extra strength, ductility, and malleability.

While that quote is awesome on many levels, it points to an important lesson in nutrition: iron is an important nutrient that should be a part of every person’s daily diet.

The benefits of iron are many and manifold, we all know that. Iron deficiency – known as anaemia – is a common disorder that has been discussed over the years. But do we as parents realize just how big a concern it is and if our little ones could also be at risk? According to a recent report of a study conducted by the Community Institute of Management Studies (CIMS), Bangalore, it has been indicated that up to 90% of children could be NUTRIENT-DEFICIENT, because their diet lacks many essential nutrients, primarily iron.

Why This Should Concern You

Micronutrient deficiency, also known as hidden hunger, is a serious cause of concern, especially in a developing country like India. Just imagine: the study mentioned above was conducted in a metro city. If 90% of the kids there are deficient in micronutrients, can you imagine what the state might be in smaller towns and villages? Scale that up to the country-level, and we are basically becoming a nation of poorly developed individuals.

Micronutrients – like vitamins, and the micro- and macro-minerals – are essential for proper growth and development of children. While these nutrients are required in minute quantities – in the range of 50 to 100 milligrams per day – the role they play in the body is irreplaceable.

Iron and Your Baby’s Cognitive Development

In spite of iron being the most important and common micronutrient required by humans, iron deficiency is the biggest and most common nutrient deficiency in the world. The primary effects of iron deficiency on brain development are

The report also highlighted why Indian diet for children has become deficient in iron. Indian diets are majorly grain and plant based, which means our intake of iron rich pulses, green leafy vegetables and meat is less than required. While our children consume macronutrients like carbohydrates, fats and proteins, they do not get enough of micronutrients like iron and zinc.

Doctors have recommended the following foods to fight this risk in children. Please make it a point to mandatorily include these foods in your baby’s diet so his brain can develop at its best!

Confused about the latter part? It is a mnemonic to help you remember the 5 best green leafy vegetables that are excellent sources of iron!

Fenugreek, Mint, Green Amaranth, Spinach and Dill “For My Growing Son and Daughter”

You can try our delicious recipe of spinach soup for starters. You can turn the other veggies into a soup in a similar fashion too.

Sweet potato is a good ‘first solid’ for most babies. What’s more, it also is a rich source of iron. Cultivate a taste for sweet potato early on in your child, and continue giving him sweet potato through the years. Try our yummy sweet potato kheer.

While the actual vegetable is good too, many kids may refuse to have amaranth because of its taste. If that is the case with your child too, you can go for amaranth seeds instead. Raajgira ladoos can be added to milk, ground in the mixer, and turned into a palatable thick kheer that your child will gulp down in minutes!

Green peas is another favourite finger food among many babies and toddlers. Green peas too are an iron-rich food that will help in proper cognitive development of your baby. You can serve them boiled, or you can make a nice warm soup – depending on what food texture your child likes more. Our recipe of green peas soup combines two iron super-foods – peas and dill!

Roasted soyabeans can make for a great mid-meal snack for growing kids. In addition you can grind them, and add them to your child’s meals. Add ground soyabeans to the chapatti flour, and you have multigrain chapatti. You can even add soya chunks to rice and sabzi.

Peanuts not only make a great finger food, they are very versatile too. You can grind them and add them to kheers, or your child’s lunch and other meals. You can add jaggery and make peanut ladoos, which your child will love to eat, especially after play time when energies are dipping. Jaggery is a great substitute for sugar in your child’s diet. It is recommended to keep children away from the regular ‘table’ sugar we use till they turn at least 5 years of age. So why not use jaggery instead? In fact, everybody in the house can switch from sugar to jaggery for increased health benefits.

Note: Make sure you don’t overdo it – too many peanuts can be bad for health too! Moderation is the key here.

The best and easiest way to serve chickpea to your baby or toddler is in the form of dal rice. If you choose unpolished rice, then the rice can also serve as a source of dietary iron. If not, you can try something different and whip up a bowl of hummus for your toddler.

Beetroot is recommended even to adults who have iron deficiency or suffer from low energy levels. Cultivate the habit of eating beetroot early on in your child by giving him boiled beetroot as a mid-meal snack. Beetroot can be diced into small cubes and served as finger food. Mix it with a bowl of boiled green peas, and your child is bound to love his colourful iron-bowl!

We are the food we eat! Bon apetite!

Weakness After Delivery – Causes and Ways to Cope with It

How to Raise Your Child to Be Happy and Confident

No! Monotone Does Not Mean Boring At All