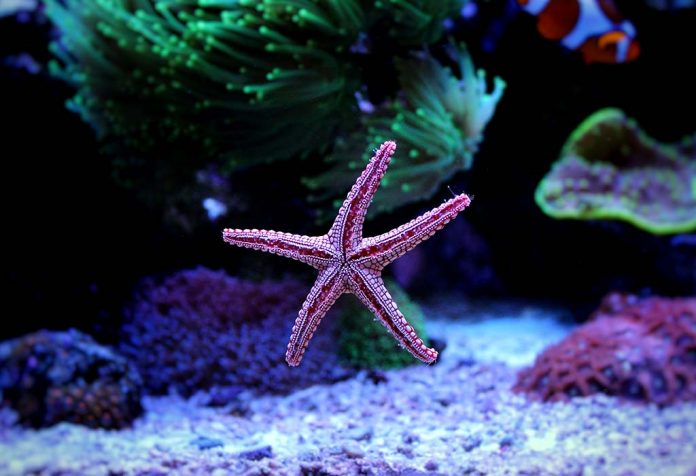 Starfish have always fascinated children and adults. Starfish are also called sea stars and no doubt, they are one of the most beautiful creatures found in the ocean. If you want to learn more about starfish, read on.

15 Interesting Facts About Starfish for Children

If you have wondered what these wonderful creatures are and how they live, here are 15 sea star facts that you need to know.

1. Starfish Are Not Fish

Starfish are not really fish. They are echinoderms. The echinoderms usually have five arms. These marine invertebrates are more closely related to sea urchins, sea cucumber, and sand dollar.

Unlike real fish which are vertebrates with a backbone and a skeleton, starfish are invertebrates; they do not have a true internal skeleton. They do have ‘ossicles’ which are calcium carbonate plates that take on the role of an endoskeleton and form spines and granules to offer structural rigidity to them.

3. Starfish Do Not Have a Brain

Starfish do not have a brain. They do have a system of nerves and nerve plexus below their skin that perform the function of a nervous system. They are perceptive to touch, light, and temperature.

4. Some Starfish Can Have As Many As 50 Arms

Most starfish have spiny skin and 5 arms but some of the specials can have up to 50 arms.

There are over 2000 different species of starfish, and they are all marine. They cannot be found in freshwater lakes or rivers.

6. They Do Not Have Blood

Starfish do not have a circulatory system to transport nutrients and waste throughout the body. Instead, they use circulating seawater through their vascular system. 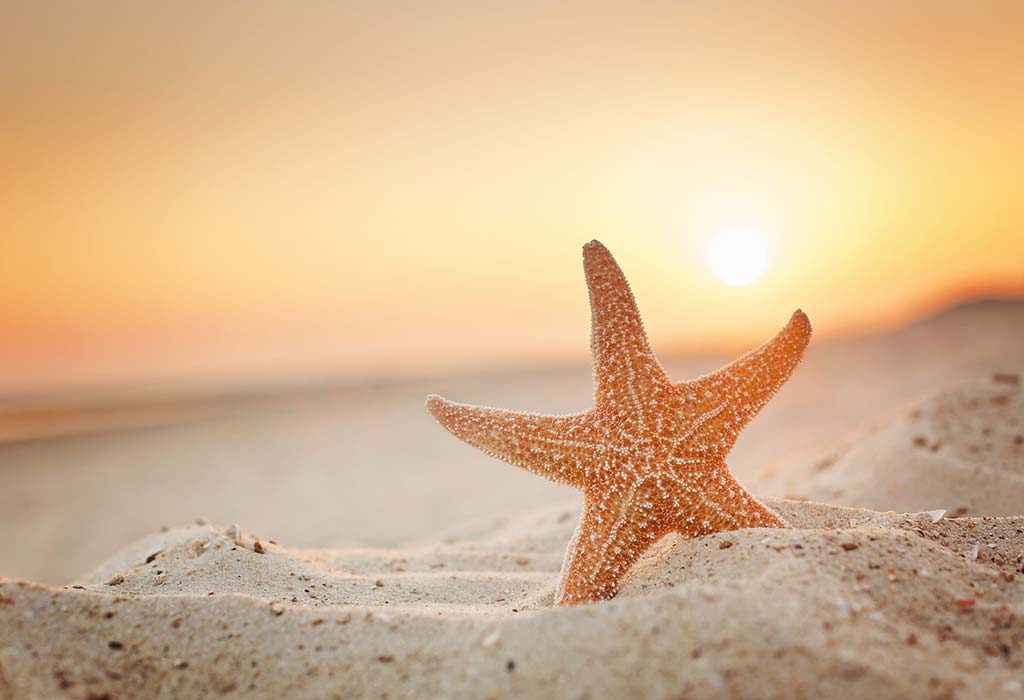 7. They Move Using Their Tube Feet

Starfish use tube feet, located on their underside to move. The tubes get filled with seawater, and the muscles in the tube feet manipulate it to extend or contract.

8. Most Starfish Are Carnivores

Most starfish are carnivores, and they have specialised body parts to feed on other organisms such as clams, mussels, and even injured fish. Most of them have an unusual ability to consume their prey outside the body by pushing their stomachs out of their mouth over the prey and then withdrawing it to digest the food. Some species are omnivores and eat plant matter along with the animals. Some of them are also detritivores; they eat decomposing plant and animal matter at the bottom of the ocean.

Like most other marine invertebrates of its kind, starfish do not have eyes. They do have tiny eyespots on the tips of their arms which allow them to tell the difference between dark and bright. They use these eyespots to detect moving objects such as prey and potential threats.

10. They Have an Incredible Ability to Regenerate

One of the most impressive things starfish can do is to regenerate their whole body. For instance, if a predator eats almost the whole of the starfish except one arm, that arm can over a period of time regenerate the whole body back. The process is slow and could take up to a year if it is not attacked or killed again. If the starfish is cut in half, it will grow into two different starfish!

11. They Can Change Their Gender When Needed

Although starfish are distinctly male and female (they are not hermaphrodites), environmental conditions can prompt them to change their gender in their lifetime. They also use regeneration as a method of asexual reproduction.

12. Some Starfish Have a Lifespan of 35 Years

The lifespan of starfish depends on the species. The smaller ones weighing as little as 2 grams can live up to 10 years. Some bigger ones take five years to reach maturity and can live for as long as 35 years.

Yes, they like to be alone. Starfish are solitary and prefer spending time alone. However, when they have to feed, they prefer hanging out in large groups.

Starfish, depending on the species, can range between the sizes of 1 cm and 65 cm. The biggest starfish species called the sunflower starfish can grow up to over 90 cms and weigh as much as 5 kgs!

15. Some Starfish Can Be Kept as Pets

One of the fun facts about starfish is that several species of starfish can be introduced into marine aquariums that have regulated temperature and salinity as they are sensitive to both the parameters. They usually feed off the plant, animal and bacterial matter on the aquarium floor and keep the water clean. So they function both as pets and water filters!

Starfish are fascinating marine creatures. They are found in almost all the oceans of the world. They strange abilities have allowed them to adapt and live in the ocean for a long time. We hope you like these facts and information about starfish. Read them to your kids, they will love knowing about starfish for sure.

Is It Okay To Let Your Baby Keep Crying?