Home Toddler Development Month by Month Did You Know Your Baby Can Understand Your Emotions? What Kids Go... 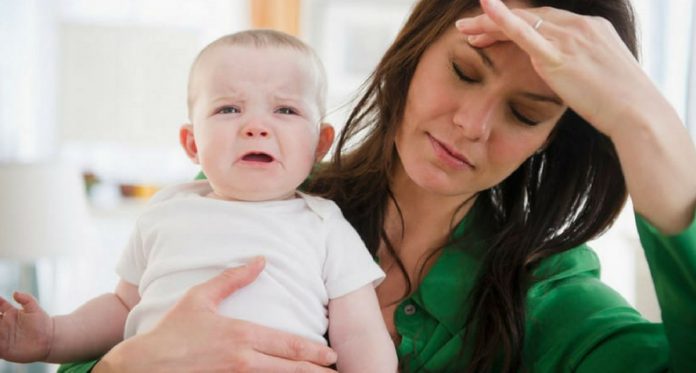 Parents often feel that their children don’t understand their emotions. This is why they cry so often and end up behaving in inappropriate ways, right? Well, science refuses to believe that! The truth is that your child can not only tell when you are angry or upset, but he also tries in his own little ways to comfort you!

You may be able to tell how your child is feeling just by taking a look at him. Mothers have the uncanny ability to read their children’s emotions and do just the right thing to comfort them. But did you know that young as he is, your child is also not too small to understand your emotions? Extensive research in this field has come up with a truly beautiful finding:

Children as young as 15 months of age, or even younger, can gauge the emotions of their parents, react accordingly, and even try to make them feel better! Awww!

This is How Your Child Understands and Reacts to your Emotions

1. Children can figure out when you are angry and can regulate their actions accordingly

Just because your child doesn’t know how to speak, it doesn’t mean he can’t tell when you’re angry. He can understand the of anger emotion by taking note of two things: your actions and the inflections in your speech. What’s more, most toddlers can actually regulate their behaviour to ensure they don’t do something that may further instigate their parents. Psychologists believe that kids who don’t show any sign of self-control are the ones to watch out for. They have a higher chance of growing up to be retaliating individuals with little respect for rules.

2. Some children will even do these little things to help you get over your anger So, your child can detect anger in you, and he may stop doing that irritating thing he had been doing all morning. But does he also make a conscious effort to make you feel better? Well, some children do! The way a child reacts when he sees his parent in an angry mood can vary from one child to the next. Some may continue with their games and play if the parent leaves the room after an angry outburst. But, if the parent stays in the room, some children may hesitate to carry on with their games/play. Instead, he may either find a quiet spot for himself or wait for the parent to leave the room. They may also continue with the games but in a more controlled fashion to ensure they dosn’t incur more anger. Kids who are younger also believe in hugging and kissing their mom when she seems upset. Your children are really quite intuitive!

3. How well your children can detect emotions in others depends on the family

As a parent, you must have noticed that not all kids react the same way to anger. There are some who regulate their actions and behaviour to ensure they don’t annoy their parents. But there are some who detect anger but refuse to change or do anything to better the situation. As per research, the kids who try to regulate their actions upon detecting amger are generally toddlers who come from a balanced household. However, the kids whose parents tend to blow their lid too often and at the drop of a hat, are generally used to the emotion and can become desensitised. Now you know why keeping a healthy and happy environment at home is so important!

4. The manner in which children react to emotions is a tell-tale sign of their future personality

Finally, the actions of your child, when you’re angry, sad or moody, can tell you what their personality will be like in the future. If your child waits and thinks about what he needs to do when you’re having an outburst, he’s unlikely to grow up impulsive. More often than not, he’ll behave in a positive way to make you happy. But on the other hand, if your child tries to instigate you even more by doing things you don’t approve of, get ready for a really impulsive teenager! Does your child get scared of angry outbursts and reacts timidly? Well, chances are your little one is really sensitive.

So, the next time you feel angry or sad, give some thought to your little one’s reaction and reign in your emotions. Your child can understand your emotions a lot more than you realise, and is also affected by them. They want to see their Mamma happy and will do what they can to make her feel better! Now we bet that makes you feel better already, right? 🙂

Here Comes Motherhood and Oh, The Surprises It Brings!

Washing Your Baby’s Clothes – How to do it Rightly

How I Introduced Solids and Semi-Solids to My Little One