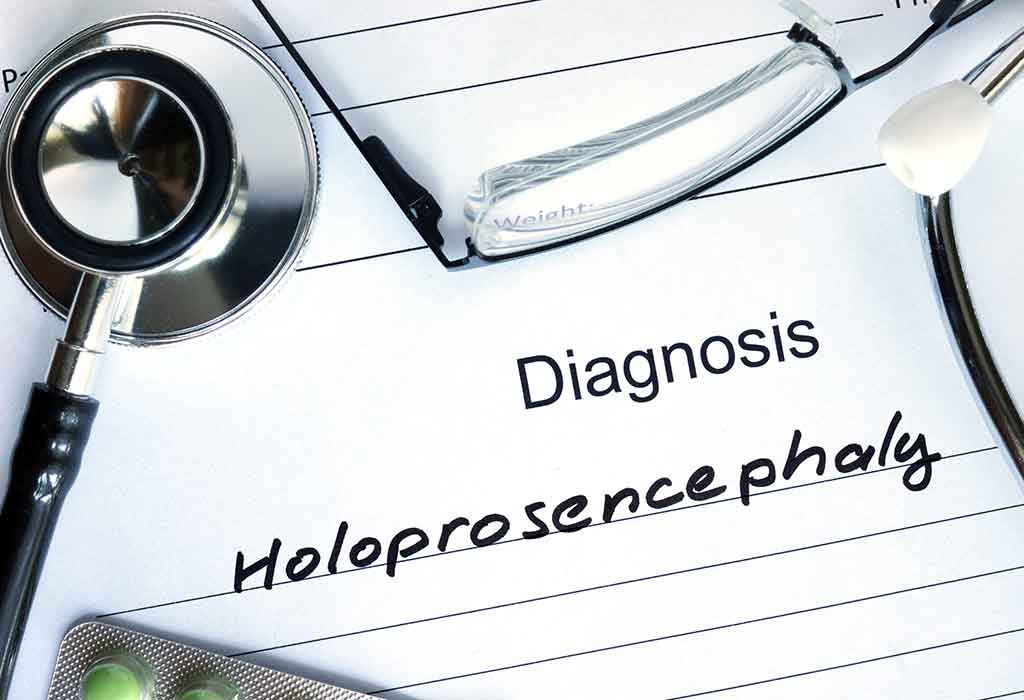 The world has shown us that it is possible to suffer from many genetic disorders but still live a life as close to normal as possible. For those suspected of having cyclopia, such a positive outcome is incredibly rare. Characterized by a single eye in the center of the forehead or eyes almost joined together, cyclopia is a very serious disorder caused by intense malformation of a baby’s brain. Here we detail what cyclopia is, the causes, the signs and symptoms to look out for, and other important details.

Cyclopia, also known as cyclocephaly, is a complicated and rare variant of a congenital disorder called holoprosencephaly. Babies born with this disorder often have only one eye, and the improper division of the eyes causes two orbits. This eye is often located at the center of the forehead, much like the cyclopes from mythology.

There are four types of holoprosencephaly cyclopia:

This takes place when there is a fusion of the two hemispheres right in the middle portion. In this type of holoprosencephaly, a baby can appear to have an almost normal-looking face, with a narrow and depressed nose and eyes too close together.

This is where there is a separation between both hemispheres. The frontal cortex finds the cerebral hemispheres fused. This may result in an infant being born with a depressed nose, a bilateral cleft, or closely spaced eyes.

Of all the variants of holoprosencephaly, cyclopia that shows symptoms of Alobar is the most severe. Here, there is a total failure of the brain to divide into two hemispheres.

Signs and Symptoms of Cyclopia

The signs and symptoms that indicate a cyclopia usually show in a child’s physical appearance. However, as the facial deformities result from a brain that did not develop properly, other symptoms show the child is suffering from cyclopia. The most common and easily identifiable sign is the single eye at the center of the face. The eye is located where the nose should be, and the nose is found above the eye. Often, the nose does not work, and the child dies soon after birth. Some babies are born without a nose, while others with the condition of a mere proboscis.

Though the single eye at the center of the face is mainly associated with cyclopia syndrome, there have been instances where babies with the condition are born with no eyes at all! Those with cyclopia may also be born with extra toes and fingers and often have a cleft lip. There have been other cases of babies born with the disorder who have their internal organs sticking out through their belly buttons. This condition is known as omphalocele. Other babies have sacs filled with fluid instead of kidneys.

If a newborn with cyclopia survives into childhood, they often suffer from a few accompanying disorders such as paralysis, mental retardation, and epilepsy.

What Causes Cyclopia in Babies?

Despite the many advances science has made in helping us understand different genetic disorders and their causes, the cases of cyclopia are so rare that it has not yet been determined what causes this to happen. There are only speculations about what may cause the risk factor to increase for a baby developing cyclopia.

Some of the believed factors that may affect the development of the fetus and cause cyclopia are:

Risk Factors for Cyclopia in Babies 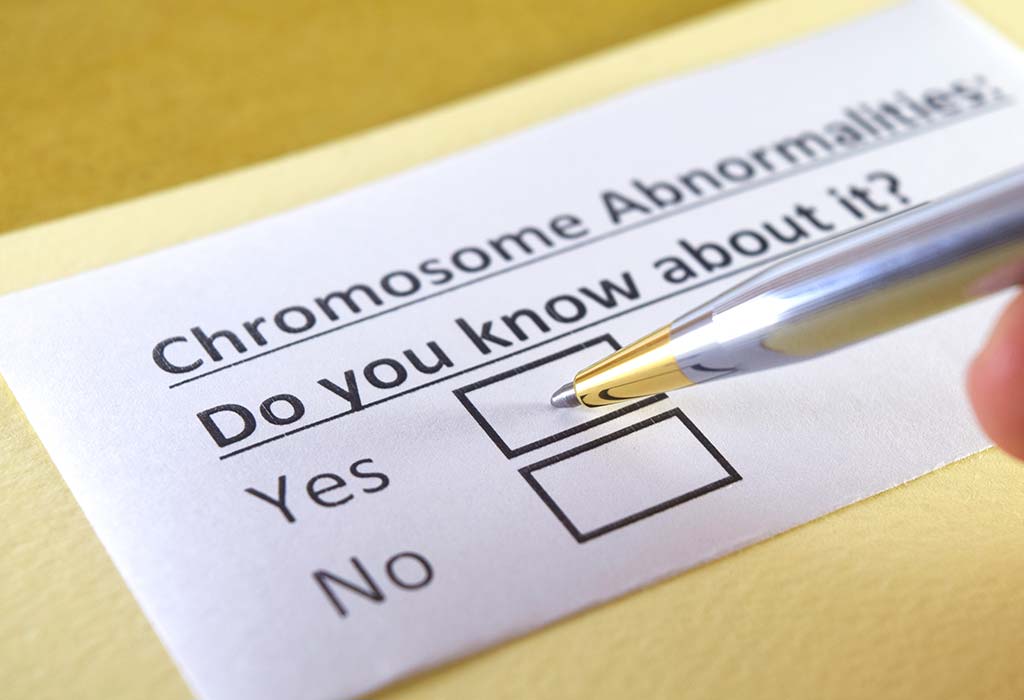 Though there is no proper identifiable cause that has been consistently linked to a baby developing cyclopia, certain risk factors may increase the likelihood of this happening. Here, we will discuss the most commonly seen risk factors in a little more detail:

In certain cases, the cause for a fetus developing cyclopia could be due to some abnormalities in the chromosomes containing DNA. For some, the risk factor increases when the baby develops 69 sets of chromosomes, i.e., three times the normal 23 pairs. This condition is known as “Triploidy.”

When a fetus develops an additional 18th Chromosome, it is known as “Trisomy 18.” Here, there is an extra 18th chromosome that may cause psychomotor difficulties and very severe growth defects.

When a pregnant mother experiences an uncontrolled case of gestational diabetes, it causes a defect in an embryo’s neural tube. A neural tube has hollow anatomy where the formation of the brain and the spinal cord occur. This condition plays a major role in developing diseases in the central nervous system; holoprosencephaly is one of them.

There are cases when the cyclopia disease may be caused due to changes in the genetic structure of the baby. These genetic changes may cause the proteins in the genes to malfunction, resulting in a higher risk of developing cyclopia.

There are some infections that a mother may experience during pregnancy that will increase the risk of the baby developing cyclopia. An example is the TORCH Syndrome. This acronym stands for Toxoplasmosis, Other Agents, Rubella, Cytomegalovirus, and Herpes Simplex.

Any one of these could cause a number of problems in newborn babies, of which cyclopia is one.

Teratogens are factors that can ultimately lead to several deformities in a fetus if the mother is exposed to them during pregnancy. Ethanol is a teratogen and a very important ingredient in alcohol, which is why mothers who consume alcohol during pregnancy run a higher risk of developing a fetus with cyclopia.

6. Drug Use While Pregnant

Some pharmaceutical drugs carry with them the risk of causing babies to be born with cyclopia. Taking anticonvulsants, aspirin, anti-cancer agents, retinoic acid, hormones, and even fertility drugs puts women at a higher risk of developing babies with cyclopia.

More professionally known as a “consanguineous union,” this happens when two partners are blood relatives—the risk for a child to develop genetic disorders increases when blood relatives bear a child together.

How and When Is Cyclopia Diagnosed?

Cyclopia can be diagnosed while the child is still in the womb. This can be done during a routine ultrasound evaluation or through the use of an MRI. It may be possible to detect cyclopia in unborn children because the brain’s division or cleavage usually takes place as early as 18-28 days after conception. If the case has not been detected during the gestational period, cyclopia in infants is easily identifiable during the physical examination every baby is given right after birth.

The life expectancy of infants with cyclopia is very low. Most fetuses observed to have the disorder do not survive through the pregnancy. The ones that survive often die only a few hours after birth. This is because the abnormalities in the way a fetus develops causes problems with basic body functions.

As infants born with cyclopia often have non-functioning or absent noses, breathing becomes impossible, causing babies who may have been born alive to die very soon after birth. At the most, a baby may be able to last a few days after being born.

Even if a child born with cyclopia survives and lives for more than a few days, the quality of life is questionable. Much reconstructive surgery will be needed to reach normal or close to normal functioning in the long run.

The unfortunate reality is that there is no cure for this condition. At the most, medical experts may only be able to provide life support and help manage the other symptoms that come along with the disorder. If you know of someone in your family who has a baby with cyclopia, you should speak with your doctor if you plan to start your own family. The same is true if you have a baby with cyclopia.

It is important to share the news with family members to be aware that it is a genetic disorder that their babies could develop. Just remember that parents with a baby with cyclopia will need a lot of love and support to get through this ordeal. So, if it is you, or someone you know, do not forget to reach out to loved ones so that you can get through it together.