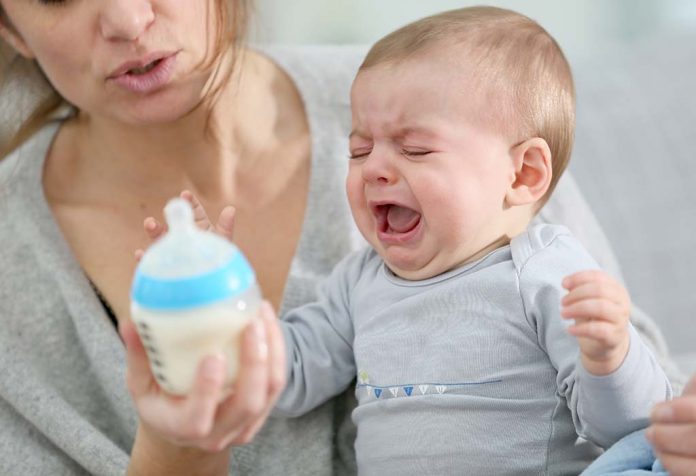 I found out about HFMD (Hand Foot Mouth Disease) recently, when my little one (4 months old) began to cry, without stopping, one day. His head felt extremely hot, and I thought, as we had taken him to a hill station for his first outing, just a day earlier, the climate change and exposure to nature may have made him like this. The next day, he refused to take formula milk in the afternoon, and a moment later, breast milk, too. My whole concentration, then, was my little one. Around 7.pm he started to cry, so I decided to feed him milk in a bottle, but when he was about to drink, he cried out loud. Thus, I understood that he was, indeed, hungry but couldn’t suck the nipple of bottle. There was a strike going on at the time, and all private doctors wouldn’t be available for consultation until the next morning. I called one of my friends, a homeopathic doctor, and she said it was a sore throat, as his symptoms showed, and to try feeding him warm water. However, when I tried to do so, he began to cry, the moment the spoon touched his tongue, and wouldn’t stop crying for the next one and a half hours. He was tired and sucked a bit, and I noticed some pink coloured rashes on his legs, like mosquito bites. However, I was more focused on his discomfort in drinking milk. After a whole night of crying, my mother, brother, and me took my baby to the hospital at 6:30 in the morning, and we consulted our family paediatrician. He examined him, and discovered it is HFMD. His mouth was full of sores, which was why he couldn’t drink anything. Spots even began to appear on his hands. The doctor gave him a suppository to clean his bowels, after which my baby slept for an hour. However, he refused to eat even after he woke up. Finally, I took the help of a filler to feed my baby milk, drop by drop. Thankfully, he was slowly able to drink that. Though a large intake of fluids is necessary for HFMD, my baby was too young. The doctor prescribed calamine lotion to apply to the sores, which I did, and my baby’s spots did not turn into blisters. Though HFMD can also bring blisters, there’s nothing to worry about. Just give your baby plenty of fluids, make him rest more, apply lotions prescribed by the physician, and wait 3 days for the spot to get healed, and you will definitely see the change in your baby.

13 Most Popular Indian Patriotic Songs for Children With Lyrics