Home Pregnancy Chinese Gender Predictor: Is It a Boy or a Girl? 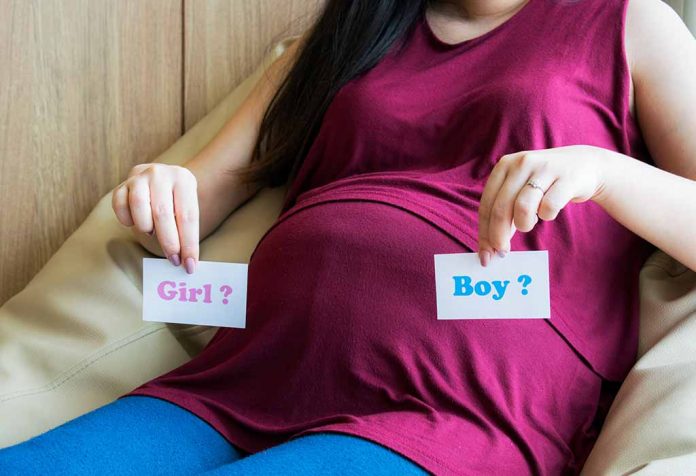 All pregnancies come with excitement and anticipation. The biggest anticipation being – Is it a boy or a girl? Countries like the US have made gender determination legal and can be opted by parents who wish to know the gender of their baby. However, in India, it is illegal due to the practice of female infanticide. If a gender determination is performed in India, then one can expect extreme judicial ramifications.

Still, one can’t help the temptation of knowing whether it is a boy or a girl growing inside them. Also, guessing the gender of the child is a fun activity expectant parents and their families often indulge in. If you’ve already done your research, you would know that there are some non-conventional ways to predict the gender. One of them is through the Chinese gender prediction chart, which is also quite popular among expectant parents. So, what is it, and how does it work? Let’s find out!

What Is the Chinese Baby Gender Predictor?

The Chinese baby gender predictor is essentially a chart with which you can predict if you will have a boy or a girl based on these factors:

Back then, the Chinese followed the lunar calendar. Hence the chart is designed based on the days and months of the lunar calendar. The original chart was made in the Manchu language and has an interesting history as to how it moved from country to country.

After Eight-Nation Alliance defeated the Ching Dynasty in the 20th century, the Chinese birth predictor chart was taken to Britain. It was subsequently moved to Austria, and was finally rediscovered in Taiwan and made accessible to the public in 1972.

Being a patriarchal society, the Chinese royal families always preferred sons over daughters. Just like any other community, they believed that boys were the only carriers of the bloodline and were capable of taking the dynasty forward. Thus, they invented the chart that was said to be created based on the five elements, Yin and Yang, and the Eight Trigrams.

The Chinese gender predictor calculator is believed to be the best way to determine gender, especially when you live in a country where sex determination is illegal. The scientific reasoning behind a Chinese birth predictor is unknown, but it is believed to have worked most of the times provided you have the right information that is in line with the lunar calendar.

How Does the Chinese Gender Prediction Chart Work?

The Chinese gender predictor calculator was made after years of observation during the Ching Dynasty. There is no medical proof that the Chinese birth predictor is 100% accurate. Therefore, there is a chance the prediction may not be true. Nonetheless, for those who want to know how it works, it uses the lunar age of the expectant mother and the lunar month of conception, which can be tracked on a readymade chart to determine the gender of the baby. Read below to know how the Chinese gender predictor calculator can be used.

How to Use the Chinese Calendar for Gender Prediction? 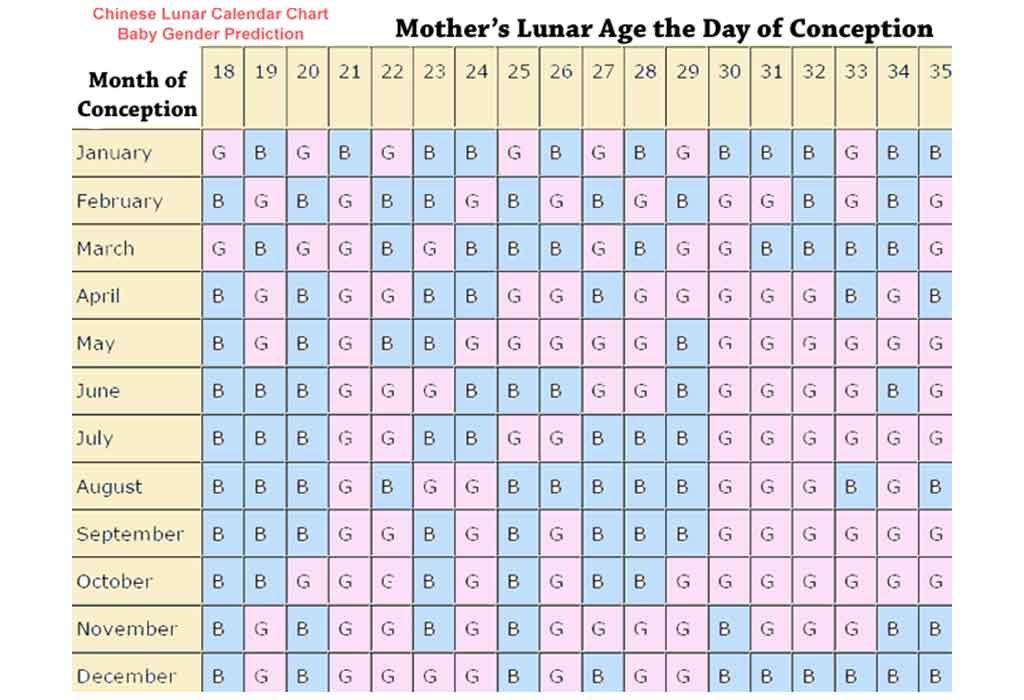 The Chinese lunar calendar gender prediction chart is a combination of two parameters that are considered for gender determination. To read the chart, you need to keep the following in mind:

There are many online Chinese lunar calendar gender prediction portals that can help you determine the gender of your baby. Make sure you choose the right website as there are several inaccurate ones, too. Also, read the website reviews before you choose one.

The purpose of the Chinese gender prediction table is simple. Back then, there was no ultrasound to visualise and determine the sex of the baby, and this chart was made from observation, to make a prediction. Therefore, some people also call it the Chinese pregnancy baby boy or girl chart.

How Accurate Is the Chinese Gender Predictor?

The Chinese gender predictor accuracy is a very debatable topic. A research that was carried out in 3 places collectively analysed the birth of nearly 3 million babies and used the chart to see how accurate the prediction was. The result? An ambiguous one. It showed a 50-50 chance, which is just the same as flipping a coin.

There is no substantial scientific theory that proves the credibility of the chart, and you definitely can’t sue the people who made it, in case the prediction is wrong. Belief is the reason this chart is used commonly, and some parents use it as a fun way to pass the time more than anything.

If you are a staunch believer in the ways of the Ancients, then the best way to get the child you desire would be to plan your pregnancy based on the Chinese calendar for babies.

Choose a month that you want to conceive in and make sure you convert the month and your age to the lunar month and lunar age. This is important for accurate results. When you get your desired results, plan the date of conception in the middle of the month for a high chance of birthing either a girl or a boy.

The Chinese calendar for boy or girl, as explained above, does not give a full 100% prediction, but there’s no harm in trying it out for fun.

1. Is the Chinese Gender Chart different every year?

No, the Chinese gender chart is not different every year. It is the same chart that is used year-on-year.

2. What is the difference between the Chinese Gender Predictor and Chinese Baby Gender Chart?

There is no difference between the Chinese Gender Predictor and Chinese Baby Gender Chart as, in both cases, we need the to-be mother’s lunar age and the lunar conception date.

3. Can you select the baby’s gender using the Chinese Calculator?

Although there is no medical proof that the Chinese birth calendar or the Chinese Gender Predictor gives an accurate prediction, you could use the calculator to plan your conception according to the gender you desire.

4. Can the Chinese Gender Chart predict twins and multiples?

No, the Chinese Gender Chart cannot predict twins and multiples.

5. How is the Shettles Method different from the Chinese Gender Predictor?

The Shettles Method is based on factors such as the pH of the body fluids, the timing of the intercourse, the sexual position, etc. This method has been deduced after studying sperm, which ultimately decides the gender of the baby. The Shettles Method is a more practical approach to determining the baby’s gender than the Chinese gender predictor, which is based on the expectant mother’s lunar age and the lunar month of conception.

Notice how the Chinese found a unique way to predict gender. The fact that this chart is based on the five elements is hard to believe, but life is filled with little mysteries, and the only way you can have fun is by being a good sport.

If this has piqued your curiosity, research on the internet on how to guess the gender of your unborn baby. There are many ways to do so, with each kind of community having devised their own ways.

Guessing your baby’s gender is a fun way to keep yourself entertained. There’s always an added mystery to things, and some parents decide to not take a gender test just so that it would be a wonderful surprise in the end. There are many other ancient ways to predict the gender other than the Chinese gender predictor calculator. Some predictions are based on the shape of the baby bump, and there’s one based on the direction a gold ring suspended in front of a pregnant woman’s belly moves in. However, there is no guarantee that any of these methods will give you a 100% accurate prediction for obvious reasons. Having said that, there’s no harm in having a little fun guessing game between you and your partner!

Remember, whether it’s a boy or a girl, all that matters is that the child is healthy and safe. As a mother, irrespective of the gender, you will still experience all the joys of motherhood right from the time of conception.

How to Deal With Dandruff in Kids

How To Do CPR in Children