Bleeding After Sex During Pregnancy – Should You be Concerned

Bleeding After Sex During Pregnancy – Should You be Concerned 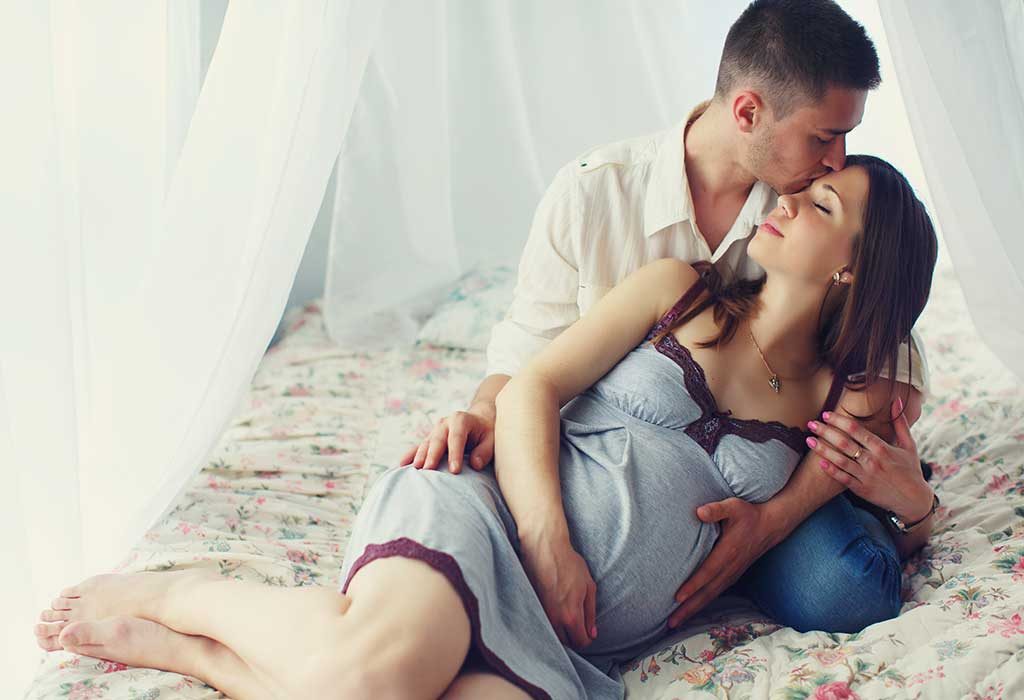 The nine months of pregnancy that a woman undergoes is a tumultuous journey that’s a combination of excitement, happiness, frustration, worry, and plenty of hormonal action! Some days, it is enough to make even the strongest woman feel weak and defeated. Dealing with morning sickness, mood swings, weird cravings, and those raging hormones… You still find yourself craving physical pleasure! Didn’t see that one coming, did you? There are days when you just want to get into bed with your partner and make the most of it!

Engaging in sex during your pregnancy is actually quite safe, provided it’s done in a manner that causes no harm to your body or health. Of course, it’s different from when you weren’t carrying around a round belly, so there are certain precautions to take, and which can be recommended by your gynaecologist.

There might be a time when, after a passionate romp with your partner, you find some blood on the sheets, and trace it back to yourself. That could be a bit terrifying! Bleeding after sex may be indicative of a problem, but then, it also could not be a problem, and may just be a little consequence of being pregnant.

Let’s take a look at what bleeding after sex means, in the early as well as late stages of pregnancy.

Is Bleeding After Sex During Pregnancy Normal?

If you have the green light from your doctor, there is no problem in having sex when you are pregnant. Sex can actually be good for you during this time, as it gives you the chance to let off some steam and de-stress!

Now, seeing blood after sex can be a little harrowing, but there is no need to worry. Bleeding after sex is actually normal during your pregnancy and does not mean in any way that the baby is in danger. During pregnancy, the baby is sealed safely in the amniotic sac in the uterus, and mucus plugs the cervix closed. Therefore, no harm comes to the baby by engaging in sex.

However, it is important to know why the bleeding has occurred. Usually, it is due to the increased blood supply to the vagina during pregnancy. This, combined with the softening of the tissue in the cervix, results in occasional blood flow. But, again, there is no harm caused to the baby.

Let’s dig a little deeper into this!

What Causes Bleeding After Sex When Pregnant?

There are a few reasons as to why bleeding may occur after sex when you are pregnant. These reasons can be any of the following:

When a woman gets pregnant, there is an increased amount of blood supply to her vagina and cervix. This increases both the rate and the volume of the blood reaching the area. This means that the increase in pressure in those areas during sex could result in minor bleeding.

When a woman becomes pregnant, there is also a sudden increase in the amount of oxygen and blood required in the uterus and cervix. This results in the formation of a lot of capillaries in the area, which may break during sex, and thus result in spotting or light bleeding.

The cervical area of the woman can become tender and soft, and thus may break easily after vigorous sex. This results in bleeding.

Polyps could form in the cervix during pregnancy, because of the increased amount of estrogen in the body. These could also cause spotting after intercourse.

The chances of the pregnancy getting terminated and resulting in a miscarriage after and because of sex are quite rare. The baby is completely safe during this time, since it is inside the amniotic sac in the uterus. The sac provides nourishment to the baby, and also acts as a cushion and shock absorber. Additionally, the baby is actually quite far from the vagina – there is no way that the sex can affect the baby in any manner.

However, as a word of caution, you could refrain from sex, at least during the first trimester, if you have a history of miscarriage.

How to Deal With Bleeding After Sex While Pregnant

In the first trimester, it is common for women to feel cramps after sex or an orgasm, for a long period of time. However, you should definitely go to the doctor if you the pain has been present for too long. Again, refrain from sex during the first trimester if you have had miscarriages before.

If you visit your gynaecologist after facing bleeding, the doctor may prescribe an ultrasound scan to check on the baby – the cause may be a low lying placenta, or simply the increased blood supply in the area. Either way, you should visit the doctor if pain or cramps persist. How to Avoid or Minimise the Risk of Bleeding

There are a few ways to reduce the risk of bleeding during sex when you are pregnant. Take a look at them below:

When you are having sex, ensure that you are comfortable with the position and the pace. Avoid rough sex when you are pregnant, as this could increase the risk of bleeding.

Oral sex is a great alternative, as it is one of the most satisfying ways to be sexually content without intercourse. However, ask your partner not to blow air into the vagina, as it may cause an air embolism, which is the formation of air bubbles in the blood vessels.

Be as gentle as possible during sex – rough sex may be fun, but it increases the risk of bleeding. Discuss with your partner about your problems and needs, so that both of you are on the same page.

The vagina is overtly soft and sensitive during pregnancy, so friction may be enough to cause bleeding of varying degrees. Therefore, using lubrication will help you reduce the chances of irritation within the vagina.

Condoms will prevent you and the baby from any sexually transmitted infections. Always use them during pregnancy (and otherwise, too!).

When to Avoid Intercourse During Pregnancy

Sometimes, you are simply better off refraining from sex. Some situations where this is applicable are:

The placenta sometimes lies low in the uterus and covers the cervix completely or partially, resulting in a higher chance of miscarriage after sex.

The cervix may start to open prematurely in a woman during pregnancy, so the chances of miscarriage increase. In such cases, avoiding sex would be the better option, for the health of you and your baby.

When you are pregnant with more than one baby, sex may involve higher chances of risk for the foetuses.

Sometimes, you may feel that something is wrong. Calling the doctor as soon as possible would be the best thing to do! Some of these situations might be:

1. Is it normal to bleed after sex without pain during pregnancy?

Bleeding after sex with no pain, when pregnant, is normal, and does not indicate any problem. If the bleeding is mild, you might not feel any pain. It usually blood clots that cause pain for the woman.

2. Can I bleed after sex during the first trimester?

Orgasms early in the pregnancy can cause uterine contractions, and this can rupture the tiny blood vessels present in the uterus and the cervix. Light bleeding after sex is common, and it will reduce as you pass into the second and third trimesters. This is because of the increased hormonal activity.

3. What does light spotting after sex mean?

Sometimes, you might observe light pink spotting after you have had sex during your pregnancy. This is blood mixed with vaginal fluid or could be due to anaemia in the woman. Consulting your doctor would be the best course of action.

4. Is heavy bleeding after intercourse during pregnancy normal?

Heavy bleeding is not normal. If you end up soaking more than one pad within the hour, you may have a haemorrhage. Consult your doctor as soon as possible.

5. How long does prenatal bleeding after sex last?

Mild bleeding may last for a few hours, but you should see your doctor if it lasts for more than a day.

Bleeding during pregnancy is common, especially in the early stages of pregnancy. It’s normal to feel panicky, but remember to stay calm. The bleeding will probably be light and will last for only a few hours. However, if it is heavy or does not seem to stop, you should consult a doctor as soon as possible.

Previous article « 10 Easy and Healthy Vegetable Soup Recipes that Your Kids Will Love
Next article Is it Safe to Eat Cake During Pregnancy? »