Home Pregnancy Postnatal Care Benefits and Challenges of Rooming In 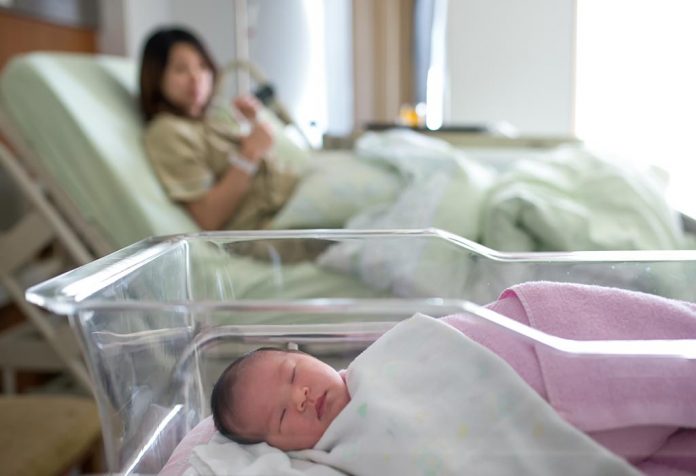 After having delivered your baby successfully, holding him in your arms will bring your great joy. Which is why rooming in with the baby at home is usually recommended by most doctors and family members. Taking care of the child can get simpler in this regard, but there might arise a bunch of challenging situations, which won’t make this a smooth ride. Being prepared for it in advance and opting for what’s best for your child can keep you in a better position to make the right decision.

What is Rooming In?

For parents that might not be completely aware of the concept of rooming in, the answer is rather simple. If you choose to keep your baby with you in the same room instead of a separate ward, that is called rooming in with your baby. Depending on the hospital you are in and the condition of your child, rooming might be a possibility or might be restricted.

Why Is It Recommended?

Most hospitals and doctors generally tend to recommend rooming in with your little one. And with good reason. Having the presence of a parent around the child has known to substantially reduce cases of infant death, caused by suffocation during sleeping, and other sudden death scenarios that revolve around improper environmental factors.

Sudden Infant Death Syndrome is one of the leading reasons of many infants dying within the initial months of their birth. Most of these occur when any life-threatening symptoms faced by the child go unobserved. Rooming in reduces the chances of that happening substantially, and medical intervention can be undertaken instantly. What Are The Benefits Of Rooming In With a Newborn?

To know why is rooming in beneficial to the baby as well as the mother, you need to understand the benefits that both, mother and child can have by being in the same room together.

After delivery, even though mothers need a lot of rest, they stay awake worrying about the well-being of their child. By having the baby nearby, they can put their anxiety to rest and get good sleep. Handling the baby by yourself can make you more confident as a mother and it wll also make you more aware of the different cues of your little one. The depression that follows after delivery can be combated pretty effectively by spending time with the child, which also tends to improve lactation and help the mother create early memories of the baby within her.

When it comes to the benefit of babies, breastfeeding is considered to be the most essential factor that helps the child substantially. Not only does the baby find it better to fall asleep in the presence of his mother, it also makes him feel safe and keeps his body stable. Breastfeeding can fall into a good routine which can be conducive to growth. Even little infants experience a lot of stress during childbirth, and the presence of the mother can reduce it to quite an extent. The healthy bacteria present on the mother’s body can work in improving the immunity of the child.

What Challenges Can Parents Face?

Although rooming-in has a lot of benefits that work in favour of both, the mother and the child, it can still pose a few challenges to parents who are getting used to the novelty of having a child and the different scenarios that accompany it.

Is Rooming In With Infant In NICU Allowed?

While staying with your baby might be your choice and would possibly be recommended by doctors too, rooming in with premature baby that has been born before completion of the full pregnancy term might not be a possibility. Such babies are usually transferred to the intensive care units, where other people are not allowed. Recently, most intensive care units have started coming up with separate cabins for each child, which have enough room for the mother’s bed, making it a partial rooming in. These situations make it easier for women who need to keep their babies in the intensive care unit for longer durations, while they can return to their normal lives after recovering from the delivery. How Is Rooming In Better Than Nursery Care?

While comparing rooming in vs nursery, being in the same room with your child will always take the cake against your little one being in a different room all by himself.

Going ahead and rooming in after birth will be one of the best decisions you can make for yourself and the baby after delivery. The initial weeks are the ones where the most durable bond between you and your child starts developing and supporting that as much as possible, can assist his growth later on in life.