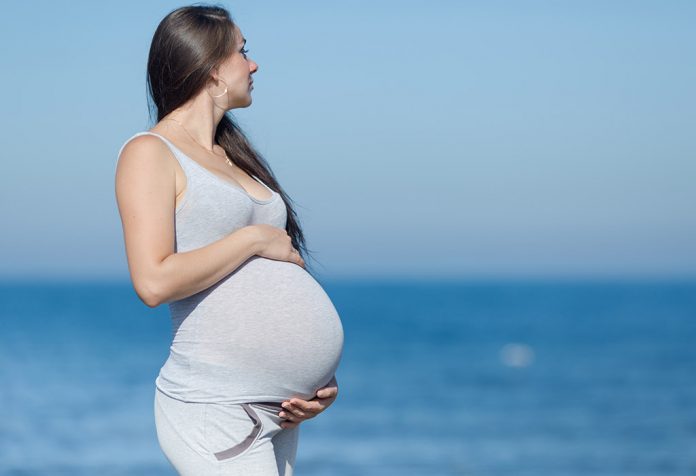 What is Full-Term Pregnancy?

A full-term pregnancy is one that completes 39 weeks. During medical emergencies, doctors may opt for early delivery, but delivering the baby in the 39the week of pregnancy is the best possible scenario under normal circumstances. Until a few years ago, a pregnancy completing 37 weeks was considered to be full-term, however, according to the statement by the American College of Obstetricians and Gynecologists (ACOG) in 2013, it was concluded that pregnancy is full-term at 39 weeks.

Depending upon the duration the gestation period lasts for, pregnancy terms can be categorised as follows:

This is referred to as pregnancy age and is between 37 weeks 0 days and 38 weeks 6 days.

A pregnancy that lasts between 39 weeks 0 days and 40 weeks 6 days is considered to be a full-term pregnancy.

When the gestation period lasts between 41 weeks 0 days and 41 weeks 6 days, it is considered as late-term.

A pregnancy that lasts 42 weeks 0 days and beyond is termed to be post-term.

At 39 weeks, the baby will have attained normal growth making it a full-term pregnancy and is the optimal time for delivery.

Why Is 39 Weeks Considered Full-term?

As per research, babies born at 39-40 weeks were less susceptible to health issues than those born at 37 weeks. Babies born at 39 weeks have more time for their brain, liver, and lungs to develop than babies who are born at 37 or 38 weeks. These babies may also have a healthy weight, fewer vision problems, and may also be able to suck and swallow better at birth. The baby’s head starts moving towards the pelvis of the mother. In medical terms, this position is known, as ‘engaged’. In certain cases, this position occurs only after labour. Up until this time, the baby is covered in lanugo (the first few hair produced by baby’s hair follicles), but at 39 weeks, or when pregnancy reaches its full term, it goes away. Yet, there are some babies who may have patches of it even after birth. The baby’s genitals also look swollen at birth and this happens due to the hormonal level changes in the mother’s body, but they soon attain its normal size.

When the pregnancy reaches its 39th week, the uterus muscles begin to tense and the mom-to-be may also experience false indications of labour. This condition is known as Braxton Hicks. Whatever changes you feel, inform your doctor about the same.

The baby starts moving into the pelvic area leading to discomfort in the region and you may also experience sharp stab like sensation in the region when this occurs. This poking feeling is usually a result of the baby turning its head.

Vaginal discharge in the form of white mucus sometimes with a tinge of blood also occurs at this stage.

Is it Ok if the Baby Stays in the Womb for as Long as Possible?

If the baby is in the womb past the full-term, the term may get extended by a week, but the baby should not remain in the womb for longer than that. Babies should be born at full-term, anything before or after is certainly not healthy and in some cases, it can affect the baby’s health.

What if I Have an Early Term Pregnancy?

An early term pregnancy is when the baby is born at 37 weeks, before reaching the full-term. Research has shown that babies born at an early term could be physiologically immature. Early term babies may also be at the risk of many diseases, especially ones related to immunity, such as wheezing, asthma and more. They may also be at the risk of developing gastrointestinal disorders.

Is it Risky to Have a Late-Term Pregnancy?

Having a late-term pregnancy can be risky for both the infant and the mother. In babies, it could lead to breathing problems, sudden halt in growth, slow heart rate and more. The amniotic fluid starts decreasing which means it could be even fatal for the baby. Stillbirth too can occur in some cases. Also, since the baby tends to be heavy during late-term, there could be complications in the delivery process as well, and it could lead to a C-section.

What Are the Risks Associated With a Post-term Pregnancy?

In post-term pregnancy, the baby is not delivered until after 42 weeks, that is, three weeks after the medically accepted full-term (i.e., 39 weeks). A post-term pregnancy can mean health complications for both mother and the baby.

Some risks associated with post-term pregnancy are explained below.

For mothers, there could be a range of health complications such as infection, postpartum haemorrhage, C-section and even perineum injuries.

A Story of Pre-mature Baby and Weight Issue

Find Out the Secrets of Huma Qureshi’s Gorgeous Transformation and Follow in Her Footsteps!