Home Big Kid Authoritarian Parenting – How It Affects You & Your Child 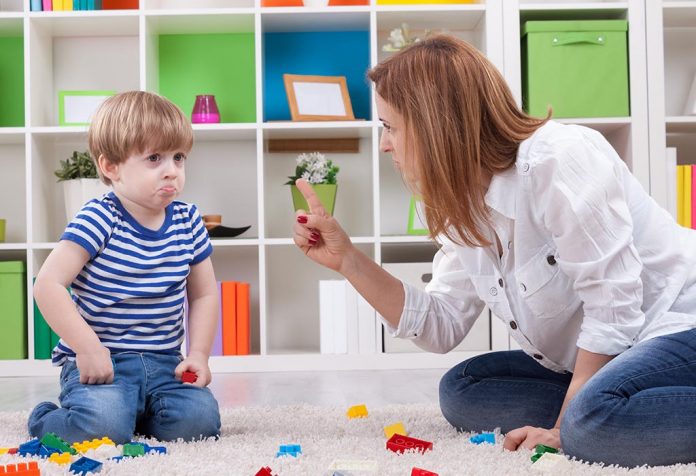 When a child is born, he does not understand how he should behave. Discipline and manners are unfamiliar terms to him. It is the right parenting and upbringing that shapes the character of a child. The type of parenting plays a vital role and being an authoritarian parent can affect your kid in a variety of ways.

Video : Authoritarian Parenting – How It Affects You & Your Child

What Is Authoritarian Style of Parenting?

Also termed as autocratic parenting, this turns a family into more of a ruling empire where kids need to adhere to the wishes of the parent. Authoritarian parents demand a lot from their kids and make their high expectations clear. But that is rarely complemented with support, guidance, or feedback and instead met with constant disapproval or negative comments about the child’s behaviour.

What Are the Characteristics of Authoritarian Parents?

Here are some of the characteristics that authoritarian parents exhibit.

1. Adhering to the Rules and Expectations in a Strict Manner

Such parents want their kids to grow exactly the way they want. Asking questions is termed as an aberration and devaluing the authority of the parent. Such parents believe that only they know the right way to raise their child and the child has no say in the matter. Any enjoyment and fun are unwelcome and life becomes similar to living under a dictatorial regime where anything the parents say is no different from an order.

2. Delivering Punishment for Mistakes or Breaking of Rules

Any mistake that is committed or any boundary that is crossed results in the child being punished severely. The child is not allowed to voice his side of the argument since that is considered irrelevant by the parents. The result is all that matters, and a child is punished if he commits any mistake.

3. Not Responding to a Child’s Questions or Requests

The only thing a child is supposed to do is adhere to what’s asked of him and expected of him, without fail. Any other conversations are deemed irrelevant and are not met with an acknowledgement. Even when the child successfully manages to adhere to all the expectations, the feedback would still be of expecting a lot more the next time, without any praise or acknowledgement of the present achievement.

Authoritarian parents view raising a child in the same way as a ringmaster would view taming a wild animal. There is no emotional attachment of any sorts and all that parents focus on is making sure that the child listens to their orders and becomes successful. The lack of expressing any emotions or forming deep bonds of trust and care are thrown out of the window. The emotional needs are ignored and the behaviour is controlled by the promise of love that is rarely shown.

5. The Absence of Any Semblance of Choice or Voice of the Child

There are no avenues given for the children in exercising their opinion or choice, even in as simple matters as choosing which toy they would like, or what they would like to eat. Parents look down upon the child as an inferior entity who is yet to match up to a level they have established for him. The child is simply supposed to tag along and fall in line with whatever is asked of him or presented to him.

Effects of Authoritarian Parenting on Kids

The authoritarian style of parenting affects kids in different ways. It can impact them mentally, emotionally, and socially. Know in detail the impact of authoritarian parenting on kids: How Does it Affect the Parents?

Most parents act and behave in the same way as their own parents behaved with them. It is a vicious cycle that keeps passing down from generation to generation. In certain cases, certain kids may grow up realize how bad such a parenting style is, and instead, raise their own kids the right way.

They might sound the same but are extremely different from each other. Authoritarian parents make use of strict rules and break down the very individuality of the child in an effort to raise him up.

Authoritative parents are strict as well but they complement it with true love. Their rules and expectations are not rigid and are flexible to suit the child’s behaviour. Even when they know they are right, they will still allow the child to voice his side of the argument and then explain why it isn’t correct. Punishment is administered but in a way that teaches the child rather than making them suffer for it. Is Authoritarian Discipline the Best Way to Raise Children?

A large number of studies disagree with this style of parenting. Although parents subjectively might feel their kid be growing up the right way, in a wider social context and a longer individual one, the kid ends up being disturbed and results in problems later in life.

Tips to Change Your Style of Parenting

Parenting kids the right way is no doubt a challenge, and kids do need to be disciplined from time to time. But doing that in the right way is a lot more important than just getting it done. Children grow up just the way their parents shape them to be, and with the right parenting, they will end up making you proud and they, too, will be proud to have parents like you.

How Not to Lose your Mind Over Adult Tantrums