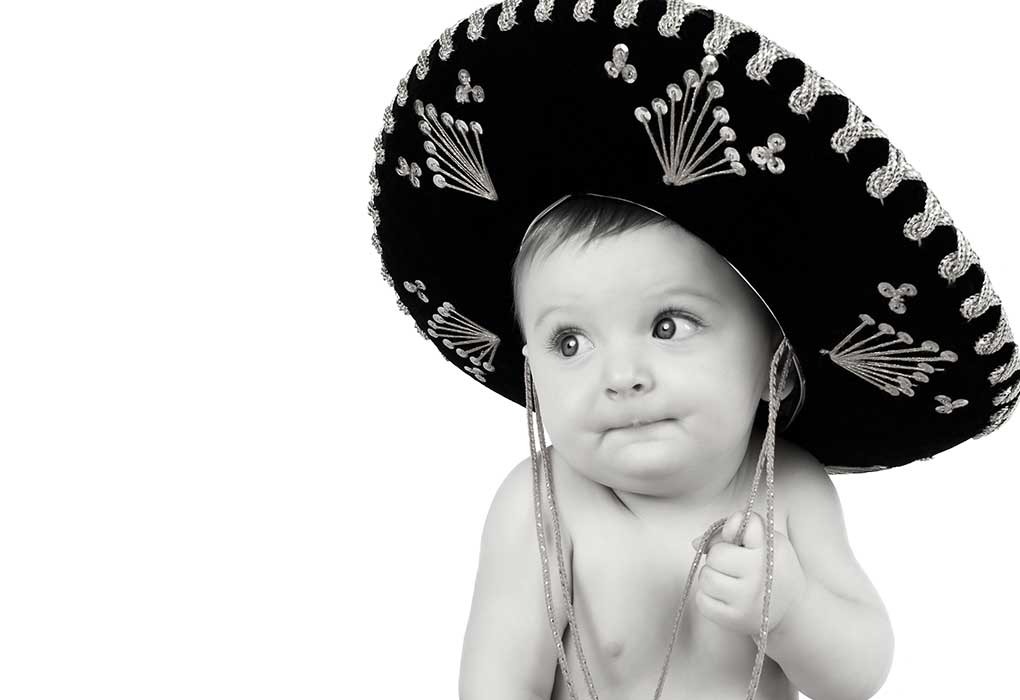 The Aztec culture was built with people from diverse ethnicity and tribes and was dominated by the Mexicas, the indigenous people of Mexico. So these names, called Aztec names are derived from the language of the Aztec people, called Nahuatl, and thus can also be called Nahuatl names.

The names were given by taking inspiration from their culture and religious concepts. The people of the Aztec highly valued nature and Mother Earth. They often named their children with meanings like flowers, animals, gods and goddesses, feathers, rainbows, rain, and several other universal figures.

It is always important to choose a name for your baby with a positive meaning, as this is not only the first you give to them, but also a gift they carry with them their whole lives. A positive meaning name will not only help bring happiness and positivity into your child’s life but also to everyone around them.

So, if you are confused and cannot pick a name, we have the perfect list for you. We have 80 Aztec baby names that are unique and have beautiful meanings.

There are some unique and beautiful names for girls. It was of great significance in the Aztec culture to name little girls after a deity. So a lot of girl names are named after a goddess. Other names have been inspired by the everyday marvels of the universe and nature like flowers or rainbows.

Another unique tradition in the Aztec culture was to name their daughters based on their birth orders, for example, younger/older daughter, or younger/older sister.

Find below a list of 40 Aztec girl names with meanings. Aztec names for girls can be short or long. Even though they are really cute names, long names can often be difficult to pronounce, especially for babies. Take inspiration from this list and you can shorten these names or change the spellings to create your Aztec name for your little girl.

Ahuic is one of the popular names and was the name of the Aztec goddess of the running water in rivers, streams, and waves.

This is a beautiful Aztec name which means “book”

Anacaona is a great name for a girl and has a beautiful meaning of the golden flower. It can also be shortened to Ana.

This is another name derived from deities. Apozanolotl was the name of the Aztec goddess of purity and thus became a great name for your little girl.

Alice was the name of the Aztec goddess of drought. It is a unique name inspired by the goddess of Aztec.

Atlatonin was the name of the Aztec mother-goddess and shows a powerful image of a woman, making it a deep and meaningful name.

Atzi is a short and cute Aztec name that is inspired by one of the greatest marvels of the universe, Rain.

Chalchihuitlcue is a long Aztec name that has a beautiful meaning, “She with the robe made of green jewels”.

Chantico is an Aztec which means “She who dwells in the house”.

An Aztec name which symbolizes the seven snakes.

Chimalma is an Aztec name with the meaning of shield-bearer. This name will symbolize safety for your girl.

Chipahua means clean. It is an Aztec name and means cleanliness and purity.

Cihuaton comes from the Aztec language and translated to little woman, making it an appropriate name for your little daughter.

Citlalic translated to the rising star and is an Aztec name for girls. It brings a positive meaning to your child’s life.

Coyolxauhqui is an Aztec name which means golden bells. It is a long and can be used with a nickname, Coyo.

Cozamalotl is another Aztec name inspired by the universal elements, Rainbow. It symbolizes a colorful and happy life.

Cuicatl is an Aztec name which means song. It’s a beautiful name and can be a good option for parents who are inclined towards music.

It is an Aztec name meaning “Blood”. This is one of those Aztec names which can be used for both baby girls and boys.

Huixtocihuatl is an Aztec name which is a wonderful name for a girl. This name has come from the Aztec goddess of fertility.

Macuilxóchitl is another Aztec name for girls that have been inspired by nature and it translated to “five flowers”.

Metztli an Aztec name for girls named from another Aztec Goddess, the goddess of night.

In Aztec culture, I give a lot of significance to deities. Nahuatl is another such name that has come from the Goddess of water and rivers, which is an ancient name.

Necahual is a powerful Aztec name for your daughter. It means survivor.

This is another Aztec name with inspiration taken from nature. Nochtli translates to “prickly pear fruit”

Ohtli is another powerful Aztec name. It means a person who is a champion, which is a wonderful meaning for the name of your little one. Ohtli is also referred to as the son of Neil.

Quetzalli is an Aztec name for girls which means a large beautiful feather. It is inspired by the Aztec culture where birds and feathers are considered a prominent part of society.

Tayanna is a beautiful and popular Aztec name. It has a wonderful meaning, “a gift from God”. It is a great name for a baby, as babies are a gift to the whole family.

An old Aztec tradition is to name girls based on their birth order. Teicuih means younger sister and can be a good name for your younger daughters.

Teiuc is another Aztec name based on the tradition of naming baby girls based on their birth order. This means second-born and can be used for your younger and second-born daughters.

Tlachinolli is an Aztec name derived from a powerful universal element, Fire.

Tonalnan is an Aztec name which translated to the Mother of light. It has a positive meaning and it brings light positivity to your daughter’s life.

Tonantzin means mother earth and was the name of the Aztec mother Goddess.

Tozi is an Aztec name which has been derived from the Aztec goddess of healing and sweet water.

Xochiquetzal is a beautiful Aztec name for little girls inspired by nature. It means the most beautiful flower.

Xoco is an Aztec name based on the tradition of naming girls on their birth order. It means the youngest sister.

Xocoyotl is an alternative name for Xoco and means the youngest child. It can be shortened to Xoco or can have a nickname, Xoco.

Yaotl is an extremely powerful Aztec name. It means combatant, Soldier, Warrior, Defender,  Fighter, or Rival. It is one of the Aztec names which can be used for both boys and girls.

Yaretzi is an Aztec name with one of the most beautiful meanings. It translates into, “you will always be loved” and is a wonderful choice if you’re looking for a meaningful name.

Zyanya is an Aztec name for girls starting with “z”. It means “Forever and always”. In addition to naming the sons based on symbols of deities, they were also named after the great warriors. Due to the constant war of their civilization, the Aztec warriors were divided by ranks. Boys and men of the society were named after the warriors to pay them tribute and respect.

Themes like fire, nature, light, birds and other universal elements were also used to draw inspiration in naming their sons. We have compiled a comprehensive list for you, with 40 common Aztec names for baby boys with meanings.

Acalan is an Aztec name for boys derived from a small narrow and long rowing boat.

Acatl is an Aztec name inspired by nature. It means a giant reed.

Ahuatzi is another Aztec name for boys that is inspired by nature. It means small oak.

Chimalli is an Aztec name for boys which means shield. It symbolized safety.

Citlalee is an Aztec name, which means star. It is a symbol of light.

Cuallee is an Aztec name, translating to good. It can also be spelled with a variation of Cuallea.

Cuetzpallee is a long Aztec name derived from nature, meaning lizard. An alternate spelling can be used, Cuetzpallea.

Eztli is an Aztec name that can be used for both boys and girls. It has the meaning of “Blood”.

Guatemoc is an Aztec name with the meaning, the falling eagle or descending eagle in Nahuatl. It can be used in different ways with the same meanings, such as Cuathemoc, Cuauhtemotzin or Guatimozin.

Ilhicamina is a powerful Aztec name for a boy. It means “he who shoots arrows at the sky”

Itzcali is a popular Aztec name meaning the house of beauty.

This is a rare name that translates to “Obsidian serpent”. Itzcoatl was the name of the Aztec ruler of Tenochtitlan, the capital of the Aztec Empire.

Matlalihuitl means a greenish-blue feather and is a beautiful Aztec name for a boy. Birds and feathers inspire it in the Aztec culture which was considered very important.

Mictlantecuhtli was the name of the Aztec Lord of Mictlan and can be a great name for a boy.

Montezuma is inspired by the archer Lord in an angry state. He was the last ruler of Aztec and thus is a powerful name for a boy.

Nahuatl is a name that has come from the Goddess of water and rivers. It is a unisex Aztec name and can be used for both sexes.

Netzahualcoyotl is a long Aztec name inspired by nature. It means the hungry coyote.

Ohtli is another powerful Aztec name. It means a person who is a champion, which is a wonderful meaning for the name of your little one.

Patlee is an Aztec name which means medicine. It symbolized healer, and healing and can also be spelled as Patlea.

Tlanextic is a positive Aztec name meaning the light of dawn.

Tlanextli is an alternative of Tlanextic meaning radiance or splendor.

Tlilpotonqui is a rare Aztec name, which translates to feathered in black.

Tochtlee is another Aztec name inspired by nature and means rabbit.

Toltecatl means an artist or a creative person and can be a wonderful name for babies showing creativity.

Tonatiuh means Sunshine. It is an Aztec name symbolizing positivity.

Tonauac has a wonderful meaning, the one who possesses light.

This is another powerful Aztec name for boys meaning warrior.

Tupoc is an alternative for Tupack, meaning warrior.

Xipil is a short Aztec name meaning the Noble One, of Fire    Boy.

It means the jeweled prince and is a beautiful Aztec name.

This is another powerful name for boys, meaning the gentleman of the fire.

Xolotl means precious twin and can be used to name if you have twins.

It means rival and can also be spelled as Yaotel.

Yolyamanitzin has one of the most wonderful meanings, “He who is considerate and just”.

Zipactonal is an Aztec name meaning the harmonic light.

Even though Aztec names are unique and meaning, we understand it can often be difficult to find an Aztec name for your baby as most of what we know about the culture has been translated from Aztec codices, from different phonetic symbols and pictographs. Hope this list helps you find the name with the perfect meaning for your little one.