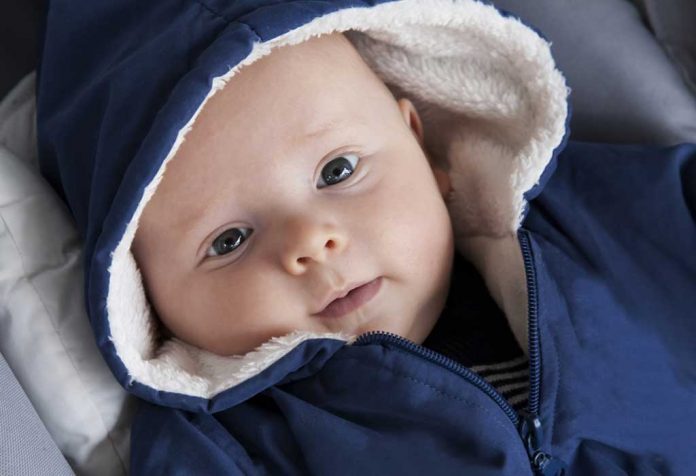 The name “Cal” itself means “devotion” in Hebrew. The name sounds cool and unique, and many parents seek for that perfect name beginning with “Cal” for their little boy. This article will come handy for those who want to have this prefix in their child’s name. Here, we have put together a list of 70 stunning names starting with “Cal” with their meanings.

70 Boy Names That Start With “Cal” With Meanings

If you are on the hunt for baby boy names starting with “Cal”, then your search ends here. Read on to find a list of names that begin with “Cal”. You will definitely find a suitable one that will define your boy’s identity for the rest of his life.

A short and sweet name, this one means “devotion”, “bald” or “hairless”. This single-syllable name is a shortened version of the name Calvin.

This name has an Old Greek origin, and it means “a handsome man”.

Pronounced as Kah-leb, it is derived from Hebrew. It means “a dog-like devotion to God” and is a rare name.

Used mainly in the English language, this name means “small” and “lover of churches”.

This name means “chatter”. It is a rare baby boy name, and it traces its origin to the Germanic language.

Well, no parent would ever think that their boy is not handsome. If you want to reinforce that each time you call out to him, then choose the name, Calix. It means “the handsome one”.

The name means “cowherd” or a “cowboy,” and if you live in the Wild West, this name could be a perfect pick.

If you live in the countryside and you want to raise a rustic soul, you must give this name a thought as it means “shepherd”.

Of Celtic origin, the name means “British warrior”. It is a unique baby boy name that is mostly used by speakers of the English language.

A derivative of Calvert, the name is pronounced as “KAHL-bert”. It means a “calf-herder”.

The name is of Welsh origin, and it means “violent stream”. It can also be spelt as Calder or Caldyr.

This name has a Latin origin, and is pronounced as “Kaal-Di-yow-Low.” The name means “hot”.

Of Spanish origin, this is a topographic name, and it means “basin”, “crater”, or “hollow”.

A name of Old Greek origin, this name means “one who has beautiful feet”.

This is a cool name that brings in a whiff of spring. It means “source of cold water” or “from a cold spring”.

With its origin in the Welsh language, this name means “a violent stream”.

A short and sweet name for your baby boy, this one means “devotion to God” in Hebrew.

Pronounced as “Kael-Bahn”, the name is of English origin. It is a variant of Caliban, and it means “dog-like devotion”.

Tracing its origin to the Welsh language, the name means “hard hill”. It is pronounced as “Kaa-lehd-ferin”.

The name has Irish and Hebrew origins, and it means “devoted fervently to God” and “pure”.

A variant of Caelan, this name is of Irish origin. It means “slender” or “slim”.

This name has an English origin, and it means “shepherd”.

This lovely name was used as a last name for the famous protagonist of the book and movie “The Notebook”, Noah Calhoun. The name means “fighter”,” warrior”, or “from the narrow forest”.

A variant of Calhoun, this name is derived from Irish, and it means “narrow woods”.

A name of Native American origin, it means “a warrior for life”. This meaningful name could be a wonderful choice for your little warrior.

Simple yet fierce, this name is one of the names of King Arthur’s legendary sword.

Slightly long, but undoubtedly regal, the name is derived from the Old Greek language. It means “beautiful power” and was the name of a famous architect of ancient times.

A Hebrew variant of Caleb, the name means “dog-like devotion to God”.

Pronounced as Kaa-Liyahan, the name means “warrior for life”.

It means “little boots” or “he who wears sandals”. The name is of Latin origin and is quite unconventional and unique.

An ancient Greek origin name, it means “an excellent fighter”. This name could be suitable for your little hero.

An Old Greek name, this one means “he who ushers in a beautiful day”. Such a splendid name guarantees that your boy will love his name.

Another name of Greek origin, the name means “beautiful thigh”.

An ancient Greek name, it means “he who secures a beautiful victory”.

A Greek name pronounced as “KAELAHS-IYN-Z”, it means “beautiful and strong”.

Not used frequently, the name is pronounced as “KAEL-iy-STRAAT-ow” and traces its origin to Old Greek. It means “he who commands a great army”. Calisto is another popular variant of the same name.

If you are Greek and think that your boy’s beauty is comparable to that of the Greek God, then this will suit him perfectly. It means “handsome man”.

The name is of Irish and Gaelic origin, and it means “strife or contention”.

Also spelt Callaway, this name is of Norman-French origin, and it means ‘a place of stones or pebbles”.

A name is of Germanic origins, and it means “powerful in battle”.

The name means “the son of Alexander” in English, and it is a shortened version of the name Callister.

This name has many variants and different spellings. This one is pronounced as “KAEL-his”. It is of Latin origin, and it means “a goblet”.

The name is of Latin origin, and it means “chalice or goblet”. It is a variant of Callice.

Another name of English origin, this one means “defending men” or “son of Alexander”.

Mainly used in the Italian language, and derived from the late Roman personal names, the name means “beautiful”.

The name sounds royal and powerful, and it means “most beautiful” in Latin and Greek.

This name has an English and Scottish origin, and it means “dove”.

The name is of French origin, and is an unusual name for a boy. It means “resembling a reed”.

A variant of the German name Callan, it means “chatter”.

Pronounced as “KAEL-ayz”, this name is of Latin origin. There are several variants to the name like Callis, Callyce, and more. It means “chalice”.

Pronounced as “KAA-MIHN-yow”, the name means “calm”. It is of Latin origin, and it’s catching up in popularity.

Derived from the Italian language, the name means “fair, old age”. If you have Italian roots, this name could go well with your last name too.

A variant of Calix, the name is pronounced as “KLLKS”. It means “handsome”.

Of Germanic origin, the name means “free man”. It is pronounced as “KAOLL-owZ”.

A lovely name for a boy, the name means “dove”. It is a popular English name and would be an excellent pick for your boy.

A different name, it is pronounced as “KAELKS”. A variant of Calix and of Greek origin, the name means “handsome”.

A short French name, this one means “the bald one”.

The name traces its origin to the Irish language, and it means “the bald one”. Callough is another variant and it also of Irish origin.

Another name that means “shepherd”, it is ideal for parents with a home in the country or the woods.

A longer form of Calv, it means “the bald one”. This name has a sweet sound and would fit a cute little boy.

Made popular by the cartoon figure from “Calvin and Hobbes”, the name also means “the little bald one”.

A traditional name that traces its origin to the English language and is an occupational name, it means “a calf-herder”.

The name is of Native American origin and means “warrior for life”.

The name is of Hebrew origin, and is pronounced as “KAH-lyb”. It is a derivative of Caleb and means “messenger”.

A variant of the name Calum that has a Latin origin, it means “dove”.

The name means “thin” or “slender’ in the Irish and Gaelic language and is a variant of Cale.

Of Greek origin, the name means “a good-looking, handsome man”. This name sounds different and would be a good option for your little one.

Most of the names beginning with “Cal” are of Greek, Spanish, Latin, or Native American origin. Most of the names have unique pronunciations and don’t sound like common English names. These are ideal picks for parents who want something different. Finding the right name for your baby can be quite challenging, and we hope the list given above has helped you shortlist some of your favourite names for your little boy.

Hands Switching in a 16 Months Old

80 Baby Names Inspired by Spice, Fruits and Other Food for Girls and Boys

Low Sex Drive? Avoiding These 9 Foods Right from Today Will Fix It!

10 Keto Recipes That Will Make You Stick to Your Diet