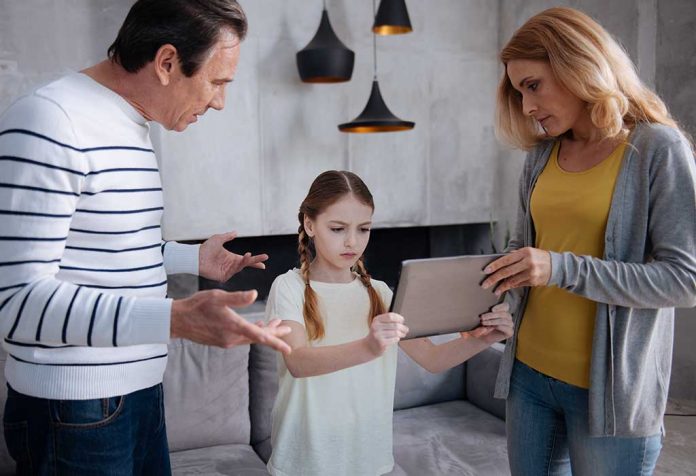 The ages between parents and their children are often large enough that they experienced their most impressionable years during a different culture than each other. Adolescence is often the time when people are most influenced by society around them and as our world keeps developing and changing, things rarely stay the same, causing generation gaps between parents and their children.

What Is A Generation Gap?

Since time is ever moving forward and change is inevitable, the values, tastes and outlook on life are different with each generation. It is this difference that is called a generation gap. This often causes a lack of communication and understanding between the two generations since their view of the world was coloured by how society functioned during their adolescence.

Why do Generation Gap Exists Between Parents And Children?

Here are a few causes of generation gap between parents and child:

Different generations sometimes seem to speak a different language. Due to the changes in society from when parents were growing up, to how it is in the time of their children, even their way of thinking and what they deem to be normal tends to be different.

Parents often do not tolerate mistakes and tend to tell their children off. Children need to make mistakes to learn and grow in life, but if they only get punished for it, it widens the gap and creates a lack of proper communication.

3. Children Are Expected To Be Replicas

Parents often have dreams for their kids, and a lot of the time tends to force them in that direction without taking into consideration what their child wants.

Comparing children to each other or even to how you were as a child is another reason the gap becomes wide. This often causes them to lose confidence in themselves and can destroy any enthusiasm they may have previously had.

Due to the responsibilities of being an adult and the stress that comes from work life, parents often find themselves too tired to spend enough time with their kids every day. This causes a lack of communication and interaction that widens the generation gap.

How to Bridge The Generation Gap Between Parents And Their Children

Here are a few tips to help bridge the generation gap between parents and their children:

The way that kids think is different from how parents do. Parents often feel like because they have already been the age their child is currently, that they understand how their child thinks. The truth is, the world and way of life was different then than it is now and their mind-set will be very different and can also be shocking for some parents. This is why keeping an open mind and not assuming that they must be just like you were at their age is very important. You must also understand that there are some things that are acceptable in society and therefore acceptable to your child that may not have been acceptable when you were the same age. It is especially in those areas where parents need to try and keep an open mind so they can better understand their children.

Making the time to communicate with your kids every day is very important. The simple act of talking about each other’s day at the end of the day can help you get to know each other and make it easier to speak freely around the other. Children need to know they can approach their parents with anything, something that can ultimately give parents peace of mind since they do not need to worry about their children hiding things that are important.

Parents need to allow their kids time to talk without interruption and listen to what they have to say. Learning your child’s thoughts and opinions makes them feel like what they want or feel matters to you, which in turn makes them feel much closer to you than before. Having a parent who listens as well instead of only talks and lectures will give your child more encouragement to listen to you in return.

With listening comes understanding and this means that you have to learn to put yourself in your child’s shoes and trying to understand how they feel and what they want from what they tell you. If you are able to understand where your child is coming from, you will be able to close that generation gap to some extent.

Love has a way of crossing boundaries and bringing people together if acted upon. So show your children how much you love them. This unconditional love and support that they get from you is very encouraging and makes children more inclined to show that same love and understanding back.

People can disagree on things, no matter how close to each other they are. Parents and children are no different; however, rather than forcing them into your way of thinking or forcing them to do what you want them to do when they don’t want to, learn to compromise when possible. There are times when you need to put your foot down with your children, but coming to a compromise instead of dictating their every move will make them closer to you and make that generation gap a little smaller.

This article on generation gap between parents and child is just what you need if you have been struggling to have a better relationship with your child. Remember that it is important to understand that they have their own thoughts and opinions and being patient and loving will help to close the generation gap that causes distance between parent and child.

Superfoetation – Getting Pregnant While Pregnant