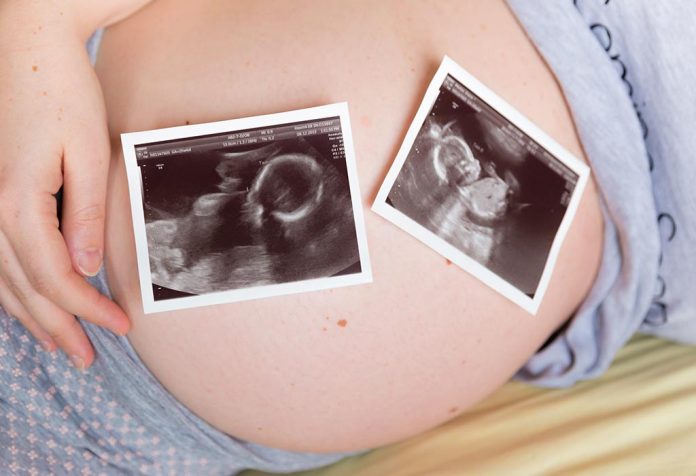 Many women successfully carry twins or multiples in the womb at 24 weeks without knowing what to expect ahead. This usually becomes stronger at the 6-month mark since that is when most women begin to see their due date creep closer. This shouldn’t be a cause for worry, and you need to assure yourself that your delivery will turn out normal. Your growing tummy will start to feel discomforting, especially with all the pressure it is putting on you. It is important to understand that these are the good signs indicating that your foetus is developing in the right manner. The end of the second trimester is yet another important milestone, which also kicks off the final stage of development for you as well as your babies within the womb.

Growth of the Babies at 24 Weeks

A fascinating aspect about the growth of your babies within the womb would be around the increment in their weight that surges ahead each week. Along with the development and hardening of the bone structure, the muscles, too, get good strength and the fat layer deposits reach a new thickness.

Most scans will now start showing you the faces of your twins or multiples residing calmly inside your womb. Many faces might already be at the stage of completion, with tiny, white hair growth evident on their head, eyebrows and the eyelashes. The pigmentation that turns the hair black occurs in the latter stages.

The breathing process retakes the spotlight, with the learning proceeding ahead speedily. Although the lungs are not fully developed yet, their size is larger than before, resulting in a branched structure of sorts, which play a crucial role in absorbing the oxygen inhaled from the air. This needs to be adequately developed so that the baby can start getting oxygen right from the first breath. Until then, all babies breathe in the amniotic fluid.

The movements of the babies will be highly pronounced as compared to the previous months. This could also be etched down to the fact that some women might have babies who have opened their eyes in the womb. The eyesight is developed at this stage, although they can’t differentiate objects yet. All they can do is know the difference between darkness and light and respond to it accordingly.

Size of the Babies at 24 Weeks

If you have been worrying about your twins not catching up with their growth, observing them in the 24th week of your pregnancy would bring you a lot of happiness. Not only would they be as long as 30 centimetres in length, but they would weigh close to 550-600 grams. Imagine holding a large muskmelon in your hands. That’s pretty much what it would feel like if you were to hold your babies. Common Bodily Changes at 24 Weeks of Twin or Multiple Pregnancy

The general changes that a woman might notice in her pregnancy around the 24th week usually revolve around the same growth areas. Symptoms of Twin or Multiple Pregnancy at 24 Weeks

All the babies at this stage grow larger as quickly as possible. The body tends to make changes that suit them, which makes the usual symptoms of being pregnant with twins a little more apparent.

Survival Chances of Twins or Multiples Born at 24 Weeks

A major concern for women pregnant with twins or multiples is the survival possibility of their little ones if they end up delivering them prematurely at 24 weeks. When pregnant with multiple babies, most mothers don’t reach a full-term and deliver them before completing 37 weeks of pregnancy. The 24th week might be quite early in your pregnancy, but it does function as a major milestone that substantiates the possibility of the babies surviving, with some medical help. The babies would require an intensive care unit for nearly three months until they are good to survive on their own. Furthermore, going ahead from 24 weeks, the chances of survival of the babies keep increasing with every passing week.

The large uterus now will cover your stomach entirely, being pretty above your navel in this week. The entire size of it might be as large as that of a basketball, with the babies nestled inside it. Women with a slightly thin stature might find it helpful to use a maternity belt to support the weight of the babies as well as opt for different pants.

Most doctors conduct an ultrasound before completing the 24th week, which might be performed now if you missed it earlier. Any other checkups or intense scans are kept for later. Along with the growth of the child, the position of the placenta will be checked as well.

Weighing yourself and maintaining your diet accordingly is the way to go ahead at this stage. Your doctor can correct any dissonance in it by adjusting your nutrition. Constipation tends to get worse around this time, which should be effectively combated with fibrous food items. Simplicity and calm is the key to taking care of your body and your babies with a few tips.

The increasing size of breasts and their leakage can be a good sign to purchase items such as:

The milestone of being 24 weeks pregnant with twins or multiples is a big sign that your little ones will soon be on their way out into the real world. The nervousness of delivery might get real, and indulging in a few calming exercises can keep your anxiety at bay.

The Perfect Gift Guide for EVERYONE in Your Life – From A to Z!

Teaching Preschoolers How to Use Scissors