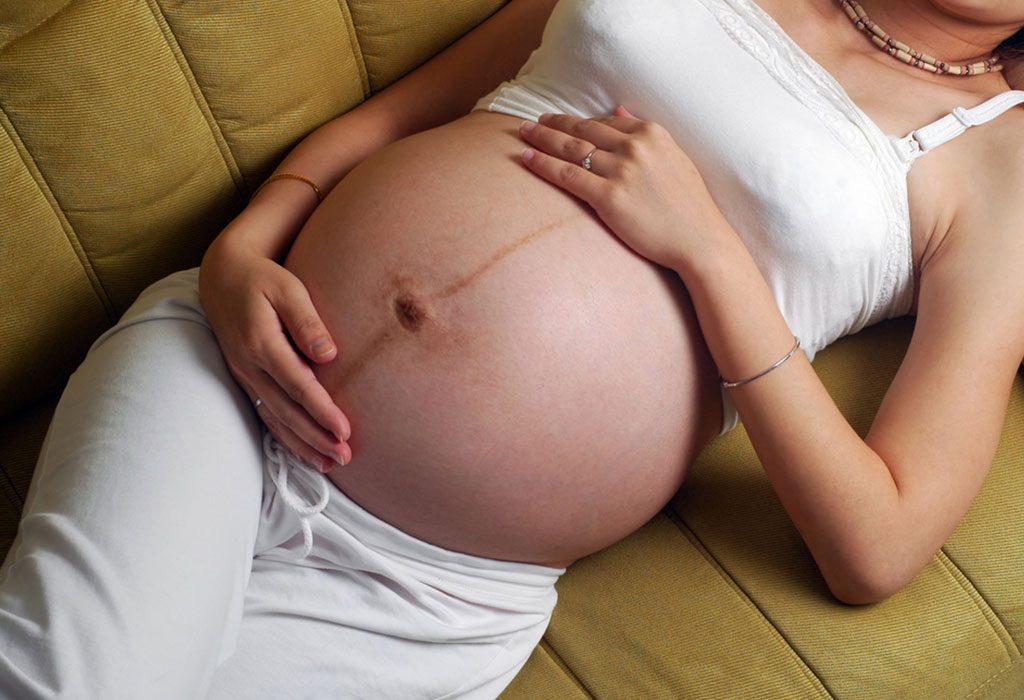 Pregnancy can bring about some beautiful and some unusual changes in your body. Your breasts and belly will enlarge, you will have a glow on your face, and you may even notice a dark line running down your navel right to the pubic area. It’s called the linea nigra or the pregnancy line. It’s no cause alarm – the linea nigra may always have been there, but unnoticed because of its light colour. The pregnancy line darkens during pregnancy and gets its name – linea nigra or the black line.

What is Linea Nigra?

Linea nigra or the black line is a dark line that appears or becomes visible during the fifth month of pregnancy. It is actually a pale line, which is almost invisible prior to pregnancy, hence remains unnoticed. It is called the linea alba (white line). It gets a bit darker when a woman is expecting, but it should not be a cause of concern. Linea nigra is perfectly normal and harmless.

When Does the Linea Nigra Appear?

Linea nigra is actually the darkened linea alba, which is already present on a woman’s belly but remains invisible until a woman gets pregnant and the line darkens. If you can see linea nigra on your belly while expecting, you might wonder how it appeared. Linea nigra though known as the black line is more of a browner shade. In some women, this line may start from ribs too. There isn’t a particular time when this appears. It can begin to appear as early as the pregnancy is detected and get darker as the pregnancy progresses.

Linea alba is the place where the connective tissues of the abdomen muscles meet. Initially, it is very pale and unnoticeable. It darkens due to the hormonal changes in a woman’s body during pregnancy. The line on the belly darkens during the second trimester as the oestrogen levels increase causing extra melanin to be secreted. This melanin causes darkening of the skin and hence linea nigra becomes noticeable. It darkens gradually as the pregnancy progresses. The dark line on the pregnant belly is about ½ -1 centimetre wide. If you have any dark patches or any existing scars on your skin, they might turn darker because of the increased melanin.

Reasons Why It’s Okay to Have Linea Nigra

Some women might be worried about the linea nigra, but there are some reasons to not mind it.

1. It’s natural – The appearance of linea nigra during pregnancy is perfectly normal. It just indicates that there is more melanin in your body now. You will also notice that the areolas and clitoris darken during this period too. This is not a sign of worry so just sit back and enjoy this beautiful phase. The pregnancy line is a wonderful reminder of life within you.

2. It’s harmless – The pregnancy line is harmless for your baby. It occurs due to a natural phenomenon in your body during pregnancy. There is nothing to worry about and certainly no reason to prevent it from occurring. It is best to avoid applying any cream to prevent linea nigra as it might cause other problems. Instead of worrying you can embrace it and feel proud of your ability to nurture life.

3. It disappears on its own – You can be assured that the pregnancy line will disappear on its own a few months after childbirth. After delivery, your hormones begin to stabilise and so will the melanin, getting you back your original skin colour.

4. You can always cover it up – Although the linea nigra is unavoidable, you can always prevent it from darkening further. If possible avoid going out in the sun. If you do, apply a good sunscreen when outdoors. This might prevent it from becoming darker. It is believed that the linea nigra is related to low folic acid levels. Therefore, you can also try consuming a good quantity of folic acid from natural sources such as spinach to lighten it. 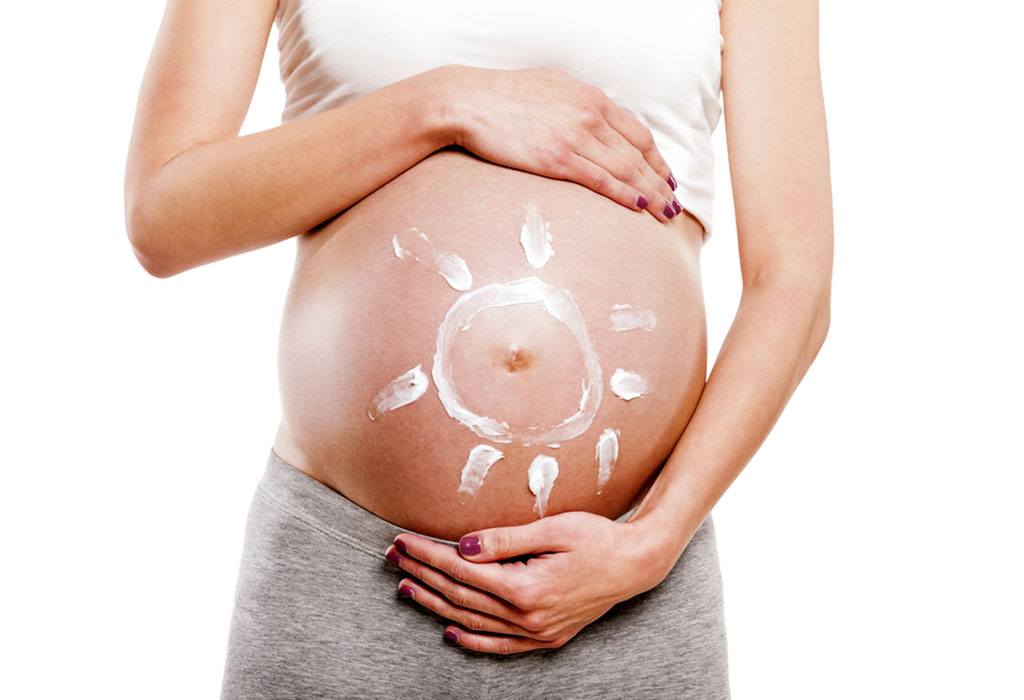 What Can You Do About the Pregnancy Line?

Linea nigra cannot be prevented but you can try and minimise its appearance. As mentioned earlier, some simple measures such as avoiding going out in the sun, applying sunscreen & covering your tummy can help reduce melanin production, thereby preventing the link from turning darker. There is no specific treatment for linea nigra, it is better to avoid using any topical creams or medication after checking with your doctor.

How to Prevent Getting Linea Nigra

There is no specific remedy or way to prevent getting linea nigra. Doctors advise moms-to-be not to try any remedies to prevent it as it will only cause harm to the baby. There might be some claims of preventing the pregnancy line but in reality, there is no way to prevent it.

What Happens to the Pregnancy Line After Delivery?

After childbirth, the body begins to get back to normal, which means that the hormonal changes will become normal too. The pregnancy line should disappear on its own in a couple of months post-childbirth. But if it still persists, then you might consult a doctor for some topical ointment that might help the line fade away. Note: Do not use over-the-counter creams or medicines during pregnancy and while breastfeeding.

1. Does Pregnancy Line Predict the Gender of the Baby?

There are some myths related to the gender prediction based on the pregnancy line but those should be taken with a pinch of salt. As per the old wives’ tale, if the linea nigra runs from the pubic bone to the belly button and stops there, the pregnant woman might be having a boy. And if the line continues further up to the rib cage, then the woman might be having a girl. But as mentioned, take this with a pinch of salt; gender prediction is never reliable and there are equal chances of conceiving a boy or a girl. Remember, what matters is a healthy baby.

2. Can Linea Nigra Affect the Health of the Baby?

Linea nigra is completely harmless. It is restricted only to external cells and in no way connected to the baby. So there’s no need to concern yourself!

3. Is it Normal to Not Have a Pregnancy Line?

It is perfectly normal to not have a pregnancy line because in some cases if the melanin content is less, the line doesn’t darken.

For some pregnant women, the appearance of linea nigra may be embarrassing and they might try to cover it up. But they must remember that it is just a dark line that appears during the course of pregnancy and won’t cause any harm to the baby. Pregnancy brings many changes in a woman’s body, and the appearance of linea nigra is just one of them. Women should be proud of themselves for creating and nurturing a new life and linea nigra should be least of your concerns as it is perfectly normal and safe!

Previous article « Is Chocolate Safe for Babies?
Next article Pregnancy After Miscarriage »