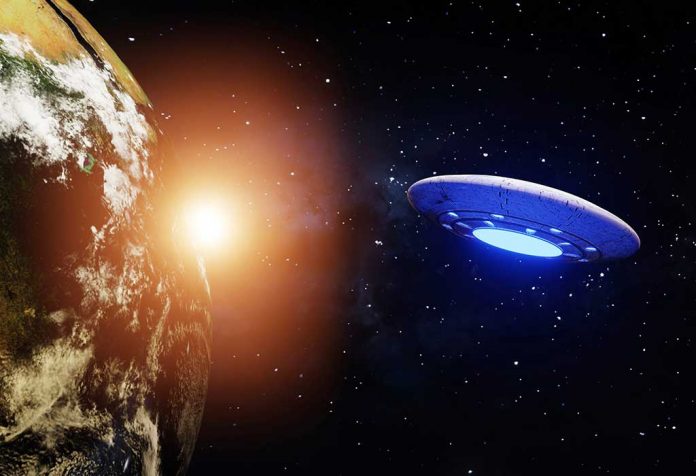 Alien movies are quite popular these days, especially among teens and some adults, of course! If your kids enjoy watching such movies that are adventurous, entertaining and fun, then this post is for you! While all of us are familiar with alien movies, it might be difficult at times to find appropriate ones for kids. Here, we have some of the highly recommended alien movies that you and your kids can watch along. But first, let’s look at why kids should be encouraged to watch alien movies.

Some of the benefits of watching alien movies for kids include:

Watching alien child movies that are not a part of our regular life, or something completely exotic and far away from this world, can spark the imagination of young minds! Sci-fi movies, fantasy movies and alien movies are known to increase imagination and creativity in kids at a very young age.

We all know that children love to listen to stories. Most of the kids’ movies about aliens come with an interesting theme and story that keeps them enthralled until the end. Watching these movies would give your child an opportunity to relate to the fantasy world of aliens.

Alien movies are the best examples to teach your kids the existence of good as well as bad people in the world. Through these movies, kids can also learn that bad people, due to their evil deeds, often find themselves in difficult positions. Parents can use good alien movies to provide their children with moral education and encourage them to choose the right path in life and work towards becoming a good person.

4. Learning the Importance of Human Values

Most of the alien movies teach us human values like friendship, kindness, love, bravery, honesty, etc. Somehow, you would have noticed that kids tend to grasp such things better from their favourite books and movies rather than from their parents.

Read on to get the top 15 recommended kid alien films:

The Iron Giant is an animated alien movie which was quite a hit in 2000. The movie portrays the story of a young boy, Hogarth Hughes, who befriends an innocent alien. However, a cruel government agent is behind exposing the alien. The alien is shown in the form of a huge robot. The story is quite enthralling and would definitely excite your kids!

Hats off to the director, George Lucas, for creating an exciting series of animated movies that has 9 main titles, two side stories and animated movies that has become a legendary saga! The first star wars movie was released in 1977 and has been followed by a series of movies over a period of four decades. The movies portray a brilliant tale of revenge, oppression, powerful religion and rebellion with the main theme of each movie being hope! These movies belong to the sci-fi genre, that will easily become your child’s favourite!!

E.T. The Extra-Terrestrial is a Sci-fi movie that revolves around a cute young boy named Elliott who becomes friends with E.T, an extraterrestrial, who is stranded on Earth. However, the government agencies are on a hunt of this stranded alien on the earth. Elliott and his cousins help E.T find his spaceship and return back to his world. It’s an inspirational and heart-touching tale of friendship and kindness.

Aliens is a sequel to the movie Alien which was released in the year 1979. The story revolves around Ellen Ripley, a warrant officer of the spaceship, Nostromo, which was en route to Earth from Thedus in the first part of the movie. It is then sent back to the planet LV-426 to establish contact with a terraforming colony. Once she reaches there, she encounters the evil Alien Queen, and from then, the movie is about survival.

An adventurous story of Lilo and Stitch, your kids are going to love this one! The character Stitch is that of a genetically modified creature, created by a scientist. Stitch has been longing for freedom ever since he was created, and on one occasion, he finds freedom by escaping! He lands on earth and becomes a dog. Lilo and Stitch is one of the best-animated movies of the Disney Classics that’s worth watching!

Megamind is an alien-themed movie that’s exciting and definitely a must-watch for kids! At the beginning of the movie, Megamind is shown as a villain character who easily kills his enemies. However, now the superhero he created has turned out to become evil, and so Megamind has to become the hero to stop that evil from destroying the world. It’s a fun roller coaster movie that’s hilarious and gripping.

7. Flight of the Navigator

The movie revolves around a boy named David who finds himself in a forest after accidentally getting knocked out. The twist in the story is that on waking up, he realises that 8 years have passed and he hasn’t aged even a bit. A NASA scientist Howard Hessemen then helps David unravel this mystery!

It’s a heart-touching tale about a boy named Milo, who wishes that he never had a mother. However, his wish comes true when his mother gets kidnapped by the Martians, and Milo sets off on a mission into the outer space. He gains a deep appreciation for his mother once she gets kidnapped.

Super 8 is a sci-fi monster thriller that begins with a train crash which starts off a series of strange happenings in a small town. However, a shocking secret is revealed when Deputy Sheriff Jack Lang investigates the matter. This movie was highly appreciated for its special effects and would be loved by teens.

Starfighter is an arcade game that’s quite popular among teens. The story is about Alex Rogan, an everyday teenager, who gets to meet the designer of the game after he achieves a high score in it. It is an action-packed, adventurous movie that would be loved by kids who like video games!

Gremlins is a one-of-a-kind comedy horror film that was quite famous in the 1980s! The story revolves around Billy, who’s father gets him a pet from China and gives three very specific instructions to be followed. However, when Billy fails to follow the instructions, a horde of monsters is unleashed!

Earth to Echo is a classic Sci-fi family entertainer that was directed and released in 2014. The story revolves around three youths Tuck, Alex, and Munch who receive strangely encoded messages on their cell phones after a construction project begins in their neighbourhood. Once they start cracking the code and tracing the messages, they are led to a robotic extra-terrestrial who is in desperate need for help!

Muppets from Space is an animated sci-fi movie with the lead character named Kermit. Kermit and his friends are set on a mission to rescue Gonzo when he is kidnapped. Once rescued, they reunite him with his family! With so much fun and many memorable characters, your kids will surely love this one!

Spaceballs is a hilarious, action-packed movie in which the lead character and his trusted half-man, half-dog set out on a quest to rescue a kidnapped princess who has been captivated by an evil despot.

Monster vs. Aliens is an animated movie that portrays a story about a young girl, Susan Murphy, who transforms into a giant on her wedding day after being hit by a meteorite. Now, she’s made a part of a monster team that has been formed to defeat an evil alien from destroying the planet.

We hope that you enjoy watching the above alien movies with your kids!

Is Your Baby Premature? Don’t Be Scared, They Just Need A Little Extra Care!

Taking Care of a Baby Is a Challenging Task, It’s Complicated but Interesting

Make Your Butt Appear Smaller With These 6 Fashion Hacks