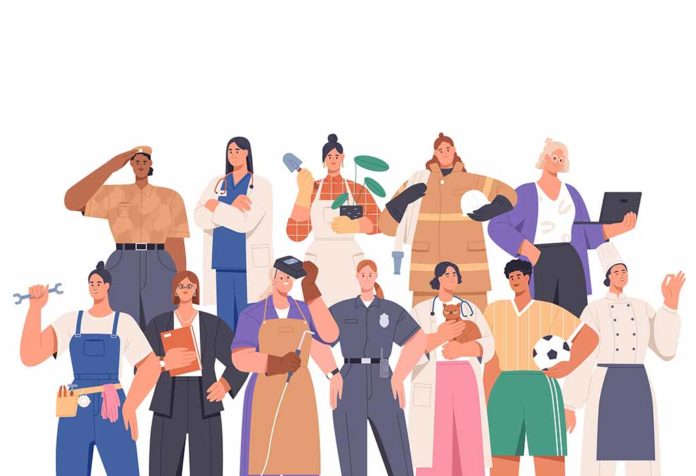 Occupational surnames that describe people of a particular profession have been used as first names for generations. However, names related to jobs have been stylish enough to slip into the forename territory over the past years and are destined to score further in the popularity charts. The naming pattern in the English language began with single names as people lived together in small communities. After the Norman Conquest in 1066, the English system of surnames first started being used with the rise of the country’s population in 12th-century England.

People derived many of them from the trades and crafts practiced by their bearers, such as tools, products, or positions in society. Occupational surnames covered all the common occupations of the medieval era, ranging from agricultural, manufacturing, and retail to trade that transcended European cultural and linguistic boundaries. Peoples’ surnames described their job to distinguish one from the other. These “occupational names” that were sometimes initially a family surname are used as first names in modern times. Although they are primarily suitable for boys, a few occupational last names can be used for girls or unisex. Several well-known names are usually directly taken from family surnames and are enjoying popularity beyond their familial connection. Many of these surname-first names have a punchy rhythm and down-to-earth heritage that have an added appeal beyond their job titles.

Whether you’re interested in tracing back your family lineage or choosing a unique name that gives a subtle hint about your family profession name, here is a comprehensive compilation of classic and trendy names belonging to both genders. Read on to find out the best occupational baby names while choosing a perfect name for your newborn baby.

In case you’re looking for a suitable first name with modern variation from an English surname, this guide can certainly cater to your style and preference:

The Hebrew name of Old English origin means “father” or ‘priest’ and was applied as the word for ‘the head of an abbey.’ It could also be an occupational name for ‘someone employed in the house or land of an abbot.’

Derived from Old English ‘bocere’ and Middle English ‘boker,’ this surname of English origin refers to ‘someone who bound, wrote, or sold books.’

Derived from Hebrew Kohen, this occupational name means ‘priest.’ It may also be a Jewish surname of biblical origin.

Derived from the Middle French Caisse, or Old Italian cassa, Cash refers to ‘maker of chests’ or ‘box maker.’

Derived from Old English “deag,” meaning dye or color, Dexter is an ultra-cool name meaning ‘one who dyes.’

Derived from Old French drapier, this English and Irish occupation is a merchant in woolen cloth or goods.

A name of English and Norman origin, Duke, means “leader” in Latin. Duke is also a short form of Marmaduke.

This popular name of English origin means “warrior,” “prince,” or “nobleman.” This name was initially a cognate to the Germanic title of Jarl, meaning ‘a warrior-king”.

This name of German origin means ‘stone worker.’ It has been made famous by the scientist Albert Einstein.

This name of English or Irish origin means “Forest Worker” or ‘one who looks after the forest.’

Fisher comes from the Old English fiscare, and it means “fisherman” in German and Yiddish.

This Middle English name means ‘maker of arrows” or ‘seller of arrows.”

This English and Jewish name means ‘one who grows, weaves or sells flax.’ Flax is a single, slender stalk with blue flowers. The fiber of the bark is used for making thread and cloth.

Derived from the Saxon words gar, meaning “a weapon,” and Dyn meaning “sound or alarm,” this name of Middle-English origin means “one who bears arms” or “keeper of the garden.”

A compound of Old English,’ Goldsmith is a name for a ‘worker in gold.’ It was initially given to a ‘jeweler.’

This Arabic name means “he who digs the earth.” It is a Quranic name for ‘farmer.’

This name comes from Old English inn meaning ‘abode’ and refers to the ‘keeper of a lodging house where alcoholic beverages were served”.

Jack is a trendy name that originated in medieval England and means ‘God is gracious”. It means “healthy, strong, and full of vital energy” in its Celtic origin.

This Middle English name refers to ‘One who carries about a small load; a peddler.”

This name of English origin means ‘A nobleman who served his lord as a mounted soldier in armor” or “someone who has been honored by the monarch of England for his achievements.”

Derived from the Medieval English Kellen, this surname is a nickname for ‘a pork butcher.’

This name of Dutch origin means ‘maker of arrows” or ‘bowman.’

This name of German and Bulgarian origin means ‘emperor.’ It refers to Caesar’s Latin imperial title.

Derived from French, Marshall means ‘one who looks after horses.’ This occupational name comes from mare (horse) and skalkoz (servant).

This German and Arabic name refers to ‘a tailor.’

A derivative of Middle English nayle, this name means ‘maker of nails.’

This Latin name is common in Italian and Spanish-speaking countries and means ‘shepherd’.

Derived from French, this name means ‘gardener’ or ‘grower of fruit trees.’

This name of German origin means ‘Boat Man.’ It is derived from the ancient word ‘seil,’ meaning a rope primarily used in shipping.

This English name means ‘roof maker’. It was popularized by the former prime minister of England, Margaret Thatcher.

This English, Scottish, and Irish name refers to ‘door-keeper’ or ‘janitor.’

This name of Scottish origin comes from the Anglo-Saxon word ‘webba,’ meaning ‘weaver.’

This name of English origin means ‘wheel maker.’ This name is of Anglo-Saxon descent and has spread chiefly in Celtic countries of Ireland, Scotland, and Wales.

This English and Dutch name means ‘ferryman’ or ‘boat operator.’ 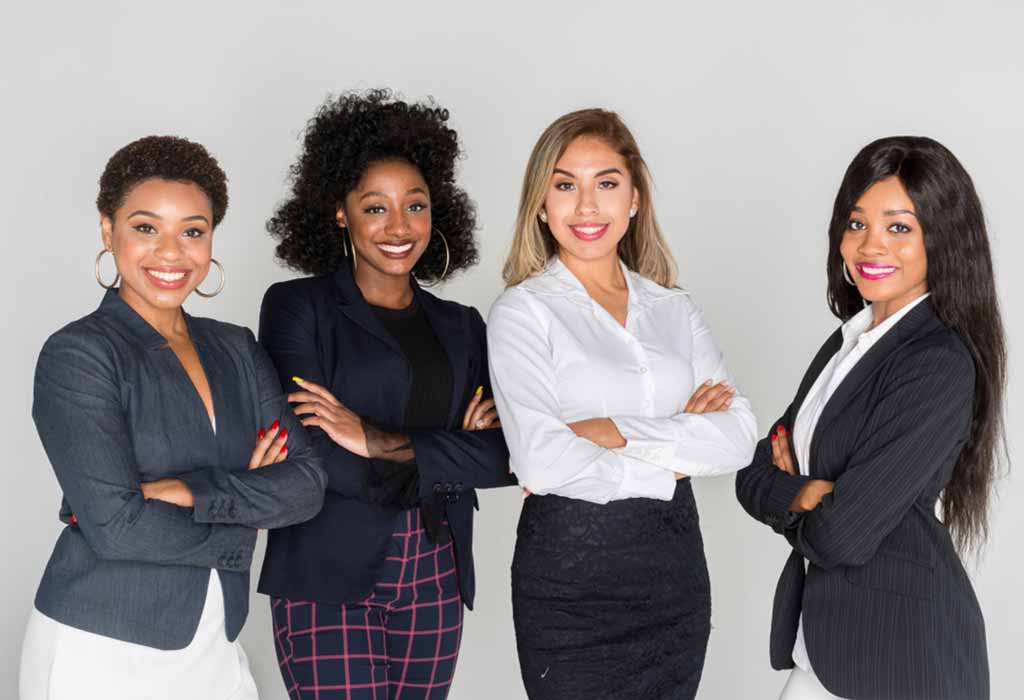 Parents who are looking for a job-related name, this baby name list can surely inspire you to find the perfect moniker for your baby girl.

This African and Ghanaian origin name means “mother, or born on a Saturday.”

This Hebrew name is given to ladies maids in literature.

This name of English origin means ‘Bowman’ or ‘One Who Excels at Archery.’

Derived from the Old English term “bailiff,” this masculine name means “agent of the law,” “debt collector,” or ‘someone who lived by the outer walls of the castle.’

Carey comes from Gaelic ‘caraich,’ which means ‘to move’ or ‘to stir,’ indicating ‘a cook.’

This name of French origin means ‘candle maker’ or ‘seller.’

This surname of English and Irish origin comes from the Latin clericus, which means ‘scribe.’

This name of Spanish origin means ‘cart or wagon maker.’

This name of English origin means ‘lives near a crossing” or occupational for “someone who carried a cross in church.”

This name of English origin refers to ‘someone who dances”.

This name of Irish, Hebrew, and Celtic origin means ‘a young warrior.’

This name of Latin and Scottish origin means ‘vigilant guardian.’

This English surname comes from Gaelic and means “son of the harper” or a ‘harp player.”

This Scottish or English surname means ‘one who hunts animals”.

Derived from Welsh, Scandinavian, and Greek roots, it means “keeper of the keys, earth’.

This name of English origin means ‘something left to someone in the will’ or ‘inheritance”.

Molina is a Spanish surname and Latin for ‘mill.’ It is derived from the word, mola meaning ‘millstone.’ The surname originated from the early Middle Ages, referring to a person who operates a mill or a millstone.

This name of English and Scottish origin means ‘a pilgrim to the Holy land’.

This name of Latin origin comes from Byzantine “Págius” and means ‘young helper’. It is also derived from the Greek “Paidion” meaning ‘child.’

This name of Latin and English origin means ‘wise ruler’ or ‘counselor.’

This name of Gaelic, Celtic, and Irish origin means ‘chief.’

Derived from the Gaelic words righ and an, it together means “little king” in Irish.

This gender-neutral name of Arabic origin means ‘baptist’ or ‘dyer.’

This English surname is “an official responsible for ensuring the appearance of witnesses in court.”

Derived from the Old Norman French word “sailleor,” this name denotes a “leaper” or “dancer.”

A variant of Schuyler and Skyler, this name means “scholar” in Dutch who imported it to America in the 17th century.

This name of German and Jewish origin means ‘tailor” or ‘cutter.’

Derived from the Greek verb therízÅ, Theresa means “to harvest” or ‘huntress.’

Derived from the Old French tailleur, this name means ‘tailor.’

This Anglo-Saxon name comes from Old English “tannere,” which came to be used as a surname in the 12th century. It means ‘leather worker’ or ‘maker of hide.’

Derived from the Old French tieuleor and the Middle English Tyler and Tyler, this name of English origin means ‘maker of bricks or tiles.’

Teegan is a Cornish name meaning ‘special thing,’ and in Gaelic, it means ‘little poet.’

This Greek name means “ruler over heroes.” It is a Greek form of the Persian name Khshayarsha.

Labor Day is an annual event that pays tribute to the contributions and achievements of laborers and the American working class towards building its strength and prosperity. However, long before that, the importance of work was enshrined in the practice of last names or English occupational surnames that are the genesis of most fashionable names of today. This tradition allows parents to choose from a vast pool of first and last names for their newborns that can become a significant part of their personalities. So choose from these unique occupational names for your child and pay tribute to the glorious tradition.

Crying Baby – What to Do About It?

Tips for Travelling with Multiple Babies