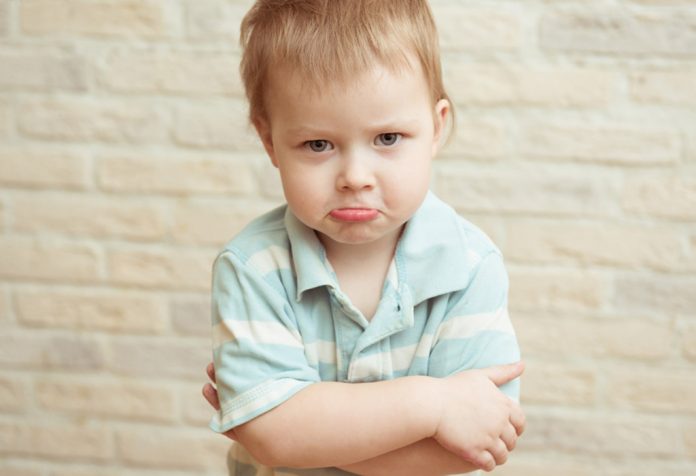 Expect your toddler to show various behaviour issues during the terrible two’s and three’s and even later. Though this is a normal part of growing up, ignoring it may lead to such behaviour becoming a habit for life. The good news, however, is that this behaviour is temporary and will reduce and eventually disappear with age. As a parent, you can manage such behavioural issues in toddlers by applying some simple and easy-to-follow solutions.

Behavioural Problems in Toddlers and Ways to Handle Them

Terrible twos have been well documented over the years. This is an especially tough time for a toddler and his parents. At this age, children understand and feel more than they are able to put into words. And, hence, they may feel emotionally overwhelmed, which results in acting out, screaming, temper tantrums etc. The common behavioural expressions of feeling emotionally overwhelmed looks can look like this: Your tiny tot is a bundle of energy right now and he has probably just found out that he can shout and scream too. Also, since every time he does this, you come running from wherever you are and give him attention. For a child, screaming does not imply angry behaviour as he is yet to know that screaming isn’t a good thing.

The situation could get worse if you scream back at your baby as he may feel that it’s ok to shout. You could teach him the difference between a loud and soft voice. Shout in a loud voice and ask him to do so. Then lower your voice and ask him to repeat. So, the next time the child screams, ask him to use his soft voice instead. Make sure you use a soft voice yourself while doing this.

At age two or three, your otherwise angelic toddler may be showing signs of aggression by biting and kicking all those in the range. He may be doing so to get attract your attention. The key is not to respond to him every single time he does it as this could then turn into a habit. However, like other similar habits, this one too will fade away with time.

If your child regular indulges in these aggressive actions, make sure he knows that these actions could invite certain consequences. Instead of shouting when he kicks or bites people around, assign a ‘naughty’ chair in the house and make him sit there until he cools off.

Between the ages of one to three, your tiny tot is being exposed to a wide range of emotions. He may not be able to express himself properly, although he can understand all that you say. This can be frustrating for the child and leads to temper tantrums. Crying out loud, screaming and throwing things around are the common form of tantrums at such times.

There is a pretty simple way of dealing with toddler behaviour of this kind and that is to remain calm yourself. If you too shout and throw a fit, things could worsen. Do not raise your voice or force your child to keep quiet. Get down to the child’s eye level and hold his hand. Picking him and embracing him can calm the toddler as he gets comfortable in your arms. Reiterate that you love him and all will be well. And if nothing works, let your child wear out the tantrum and then explain things calmly to him.

Your young child has probably made a recent discovery about the consequence of saying the word “No”. Since he has often heard this word from you, he makes every attempt to use it while responding to you. Not only does this word draw a reaction from you but it also provides an alternative to your toddler. While managing toddler behaviour issues you should remember at all times that it’s your baby that the younger one. By reacting in a loud voice, you could damage an already fragile situation. Become an example for your baby by keeping calm so he can do so too. This is his way of getting your attention or channelising excess energy.

Your child’s short-term memory hasn’t quite developed yet, which means that he will want to say things before he forgets them. This can seem as interrupting, though it does not make any sense to the toddler. At this age, he is unable to understand that you have to manage and respond to various other people and situations. But he will understand this concept after 4 years of age or so.

In such a situation it is best to reduce situations where the child can interrupt you, and divert his attention when he does so. Schedule time with friends at places where you can chat and your toddler can play, either with other kids or with toys or games. Practice this behaviour with your spouse in front of your child.

Your child may not be able to differentiate between reality and fantasy until he reaches the age of 3 or 4 years. The concept of lying is still unknown to him, nor does he understand what truth means. He has an active imagination at this age and he will create imaginary creatures and people, deny drawing on the wall or spilling the milk. Accusing your child of doing a particular act will not help. Instead, create a situation or encourage a dialogue so he finds it easy to confess instead of denying. If you overburden your child with a long list of do’s and don’ts he may get overwhelmed and could be forced to lie. Create an environment of trust and tell him you trust him and so should he.

Similar to kicking and biting, hair pulling too is a way of expressing his or her feelings and creating a controlled environment around himself. Kids are keen to get a reaction from their parents or siblings and hair pulling surely get them one. He could be pulling other’s hair to enjoy himself since he loves the reaction or it could also be an impulsive control disorder if he is pulling his own hair.

Demonstrate to him that hair pulling does not work and will get him nowhere. Stop the behaviour whenever you see it and explain it isn’t working for him nor others. Talk to him about this behaviour when he isn’t doing it. Tell him this act does not alter the other person’s behaviour in any way.

Imagine this. Your child is dependent on you for all the important things in his life which include eating, drinking, support and even getting cleaned after he poops. If he wants to get your attention, he resorts to crying or whining. He feels that this way his mother will give him all that he needs and this, then, becomes his standard behaviour.

If you hear your child whining, get down to his eye level and assure him that you are listening and that you care. Respond quickly if your toddler asks in a normal voice to endorse that behaviour as the right one. Avoid as triggers like hunger and tiredness, as this is when the whining can increase.

As a toddler, your child will probably become unruly and unmanageable when he is surrounded by a large group of people. This could happen at the mall, a busy railway station or a crowded party too. Your baby is not used to facing large crowds of strangers in an unfamiliar place and will want to cling to you or even force you to leave the place. Do not ignore this. Hug your toddler gently and squeeze his hand to tell him that you are there with him and he is safe. Take one step at a time and gradually expose him to the crowd and finally applaud the fact that he has faced the situation boldly (when he does so).

Biting of nails can become a habit with your child and he may even start doing it unconsciously and at times even without a trigger. It becomes so common for him that he may not be aware of doing it. This happens when the child is feeling bored or is stressed. Follow this guide to deal with unhygienic habits in kids.

The more you scold, nag or push him to abandon the habit, you could find him persisting with it. He will outgrow this habit as soon as he becomes aware of other people watching him, but that could take time. In the meanwhile, find ways to reduce stress. Help him find a suitable physical activity to blow off steam. Do not nag him especially in front of people. Instead, create a secret code between the both of you so you can remind him to stop.

Behavioural problems amongst toddlers are more likely to be solved through tact and common sense, rather than force. Support and understand your child, as these behaviours could be rising out of stress or his discovery of new and strange things around him. The earlier these problems are handled tactfully, the better, as they will not affect the child as he approaches school life and adulthood too.

What You Should Eat for Strong & Healthy Teeth

5 Running Mistakes To Run Away From

How to Use Behaviour Charts to Motivate Children

Sanjana Lokur - June 11, 2021
There is no New Year party without photos, and Instagram is one such social media handle that lets you pin-post your glitter-filled images in...