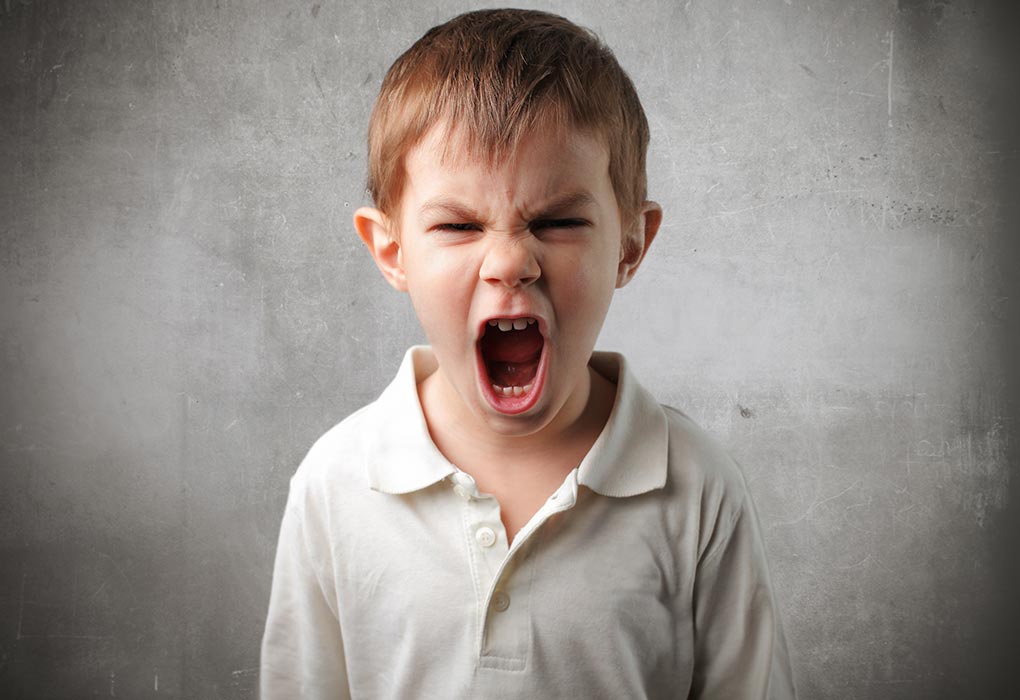 Many parents with misbehaving kids often wonder how to deal with them. As children begin to grow, they are exposed to new environments and conditions that could cause them to act out. If you have been sailing the same ship, you will find this article helpful. Read on to know some common reasons why kids misbehave and how you can respond to help them inculcate appropriate behaviour.

Video: 10 Common Reasons Why Kids Misbehave (Plus Tips On How to Respond)

Reasons Why Children Misbehave and How to Respond

Below are some of the causes of misbehaviour in children:

The interesting bit about kids is that they often mimic their own parents. If parents have an attitude of indifference, kids, instead of being polite, are casual with their peers and elders.

Make it a point to be polite to your partner whenever you interact with them. This could even mean something as simple as saying good morning every day with a smile. Don’t be surprised if you find your munchkin doing the same in a few weeks.

As children get older, they will start questioning rules that have been set up. At the very least they would try their luck and see how far they can get away with doing something they shouldn’t.

Stay vigilant and do not be afraid to make them aware of the consequences of behaving inappropriately.

Have you noticed that your child is talking obnoxiously after he started watching a particular channel or playing a certain video game? Children are very susceptible to the environment around them and can easily pick up bad habits from people around them. 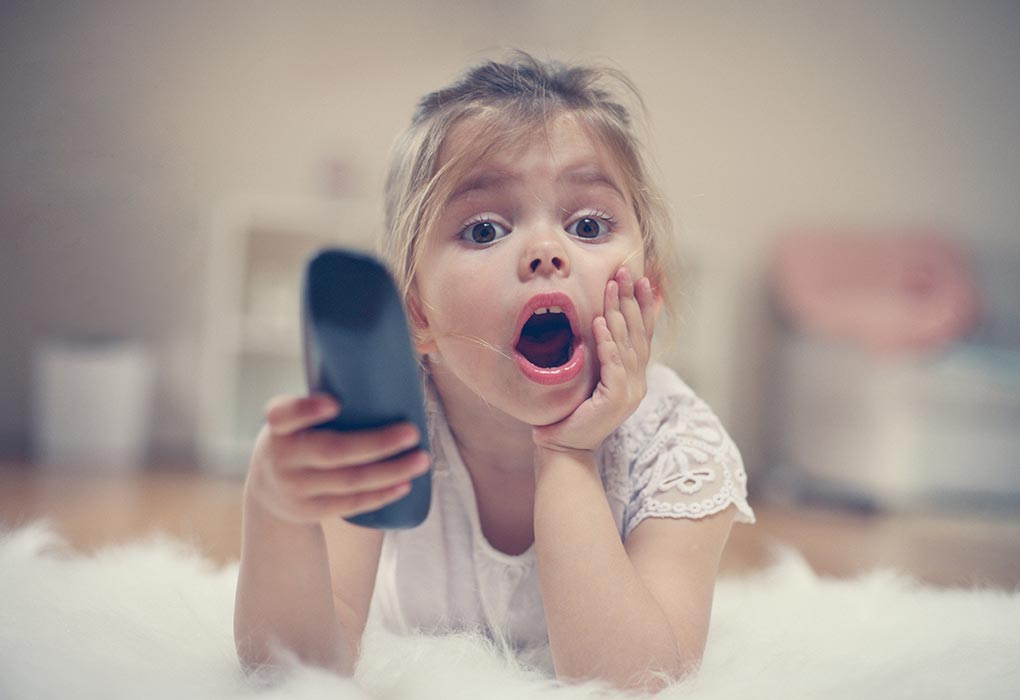 Rather than stopping your child from watching television altogether, identify which show has caused this sudden behaviour. Then, try to find an alternative show with the same genre wherein the protagonist acts as a role model.

4. An Inability to Control Their Emotions

Children are emotional beings, but sometimes it can be hard for them to recognise these feelings. For instance, one of the teachers at school might be harsh on your child, which may cause him to act out without realising that he is hurt. Therefore, the next time you wonder why a child misbehaves at school, this could be the reason.

Awareness about their own emotions is essential for controlling misbehaviour. You need to teach your child about emotions and tell him ways in which he can control them like deep breathing. Once this happens, he will have better control over his conduct.

Parents often misunderstand this case of misbehaviour. There may be situations wherein you think that your child is deliberately misbehaving when that is not the case.

Be aware of your child’s own limitations. A 2-year-old will not know why you are upset with him if you ask him to wash the dishes, and he doesn’t do it. This is not out of defiance but an inability to independently wash plates himself.

“Idle hands are the devil’s workshop.” This couldn’t be more true for a child. With so much free time on their hands, they may end up being mischievous on a regular basis. 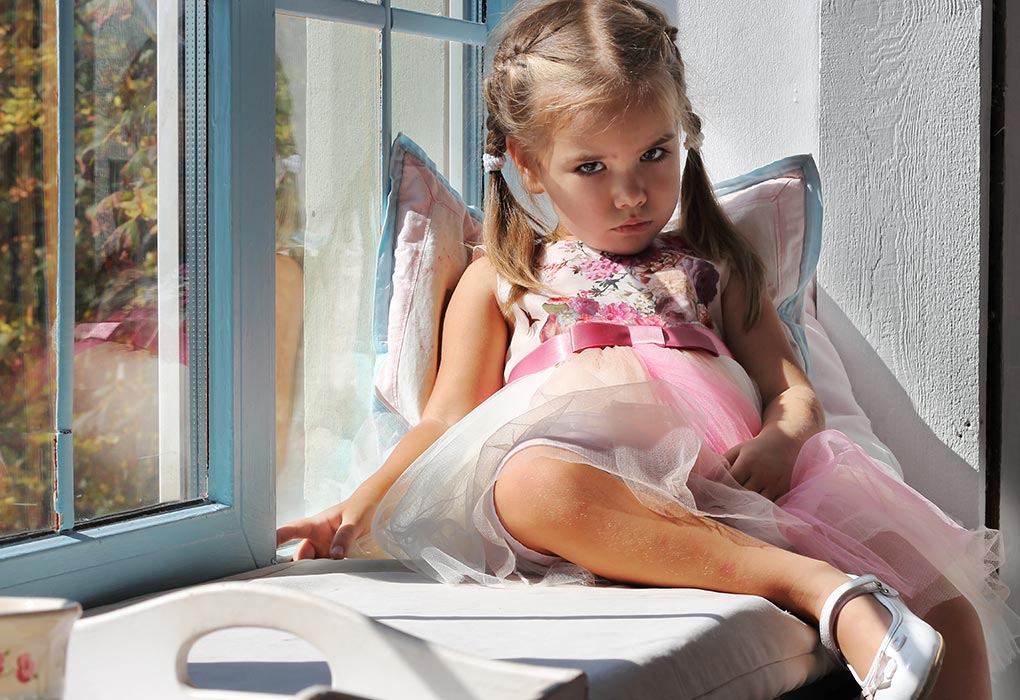 Make sure that you add structure to your child’s life. Have a good amount of activities that can keep him occupied. Enrolling your child for extra-curricular activities, such as book reading, dancing, etc. will keep him engaged and also give him an opportunity to learn some important life skills.

Giving in when it requires you to be firm can enforce negative behaviour in your child. For example, allowing the child to watch the television past his bedtime if he cries and throws a tantrum will lead him to think that he can get everything the way he wants by misbehaving. Some parents may not accept it, but it happens more often than you would think.

You will need to be firm and not yield under pressure. Your little one’s cuteness and innocence might melt your heart, making it difficult to say no. However, you will need to think long-term and stick to the rules no matter what.

Children can get argumentative when they feel that they do not have enough control over their lives. This could lead to an adversarial relationship between the two of you, which is not required.

The solution is simple, but unfortunately, many parents are not aware of it. Offer your child a choice when you feel an argument is on the way. For example, if you need him to do his homework, offer him a choice between doing it before bedtime or in the morning. This inculcates a feeling of control over things.

Vengeful misbehaviour is when children deliberately behave in a rude manner with someone close to them. For example, not wishing parents in the morning when they usually do or not responding when parents say they love them.

This behaviour is most likely because they have perceived some small incident in the past as hurtful. Perhaps he wanted to play with his friend, and you told him that he had to come back home because it was getting dark. This incident may have affected him as he would have felt that you didn’t care about him or his friendship. What you need to do is talk to him and identify why he is upset. Then, explain why you said or did what you did. For example, in the case above, you can tell him that you wanted him to be safe, and that is why you insisted on him coming home before it got dark.

There may be times when your child might say no to everything, even if you ask him to try out something he likes. At first glance, it may seem as if he is deliberately trying to push your buttons. However, it is just fear on his part that he may not do well.

As this is a self-esteem issue, you need to constantly encourage your child through positive reinforcement and motivating words. Saying “You can do it” and “I’m proud of you” can work wonders. You can also try small activities that can help him gain confidence and then move on to bigger things. Take swimming, for example; your child can start in the kiddie pool and move to a regular pool once he gains some confidence.

Kids are kids at the end of the day, and it wouldn’t be right to treat them harshly just because they are behaving poorly. At the same time, it would not be wise to be lax with them as they may end up bullying you. While there is no single approach to parenting, the important bit is that you understand why they are misbehaving. Once that is clear to you, it will become easier to come up with a solution.

Also Read: How To Deal With Conduct Disorder in Children