How to Handle a Difficult Child

How to Handle a Difficult Child 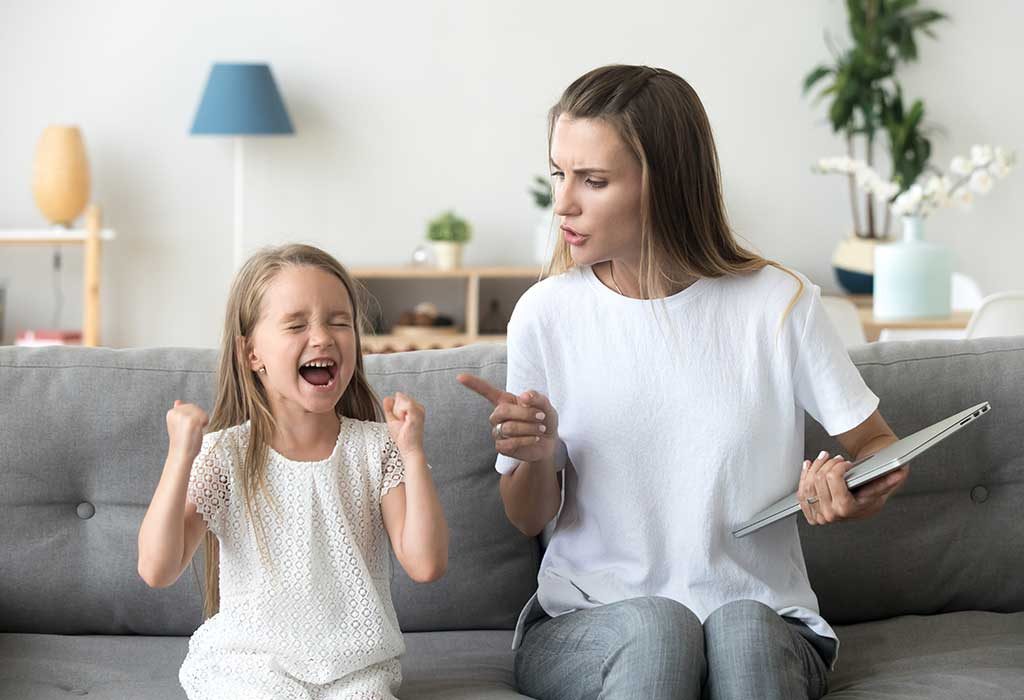 All children make a certain amount of fuss when they are told to get ready, eat their vegetables or sit in one place when they’re out with you. On one end of the spectrum, there are children who comply quite readily and the other end has the difficult ones. Parents of such children are always on the lookout for what might set off the next tantrum or how to get their children to do basic tasks without tearing the whole place apart. Here is all you need to know about identifying and parenting a difficult child.

Video : How to Deal with a Difficult Child (8 Best Ways that Parents Must Know)

The difficult child behavior is seen in children who often fight over routine tasks such as clothes, mealtime or bath time or getting ready to go to bed. It extends beyond that to other activities where parents often worry about taking their child out to social gatherings fearing something might set off a meltdown or have a difficult time in general with dealing with their child.

There could be a number of causes to what makes a difficult child and surprisingly there’s a strong genetic component to it as well. While some parents might find it hard to accept that children are born difficult, it is seen that babies who are mild-tempered often tend to grow up into children who are quite calm. When they look through their family, such children will have a counterpart somewhere who behaved the same way. On the other hard parenting can also have an effect on what could make a child difficult. In such instances, an examination of the history of parenting can reveal the cause. If you think you might be raising a difficult child, there are typical behavioral traits to look for.

Difficult children are defiant and refuse to follow simple requests such as waiting for you to finish at the store before you go get ice cream, getting ready to go to bed or to go to school or any other simple request they don’t wish to oblige.

An extremely difficult toddler can be a fussy eater and throw away food or demand only for certain foods even when they go hungry for long periods of time. Fussiness also extends to wearing certain clothes or taking a bath.

This one is a common difficult boy trait where they are often rough and do not play nicely with other children or adults. They may even resort to biting or kicking or pinching when they are annoyed or don’t get what they want.

This is quite common when they don’t get their way wherever they go. The anger might make them more defiant, or act out by throwing things or trying to harm people.

Frequent tantrums almost on a daily basis are also a major behavioral trait of difficult children. A defiant no to be patient at a party can quickly turn into a meltdown that brings all the attention to the child. They also throw tantrums as a last resort to get what they want no matter what.

10 Ways to Deal With a Difficult Child If you happen to be the parent of one, here are tips on handling difficult kids:

If you’re getting down to a battle with your kid for every bad behavior you will always be at war! Instead have a list of say 10 or 15 of the most serious things that’s a no-no because they are dangerous to others, annoying or uncivil. If things that are absolutely forbidden, like riding their tricycle on the street, set real consequences that you can follow through. Maintain consistency in disciplining as the lack of it can confuse them and fuel rebellion.

This one takes practice but works effectively. Use your knowledge of your child’s temperaments to predict and avoid blowups. If he likes pulling things out of the cupboards while you’re in the kitchen, have them locked so he can’t get in. Know when he is feeling the most energetic or tired and grumpy so you can schedule your trips to the supermarket or the doctor when he is at his best. Take his favorite toys with you or some treats to stave off boredom.

No matter how you’re not up for it or feeling exhausted, do not relinquish control or give in to the bad behavior or tantrums. Giving in would show her your weakness and use tantrums to manipulate you again. Instead, you could tune into her powerlessness to find what you need to gain control.

The calmer you are, the better you can handle the situation. Your tone also needs to be quiet, steady and neutral when you tell your child to stop bad behavior. When persuading them to do something such as wash hands before a meal, a suggestive tone would help more than a commanding one. So instead of saying “Go wash your hands and feet immediately” suggest “why don’t you go wash your hands and feet by the time I set up dinner?”

Being heard is one of the most important things to children and they often act out for attention. So whenever they express their joy or sadness, listen to it and reciprocate so they know they are being heard. Say he wants to open the cookie box in the supermarket, explain to him why he shouldn’t do that and wait till you have checked out.

Your child cannot understand the emotional storm going through their minds, but you can. Whenever possible, tune into their feelings and teach them to label it so they can better articulate what’s happening with them. Use lines such as “I know you are frustrated you can’t have those cookies now”, “I know you are feeling too tired for a bath”.

Instead of reacting to a mischievous behavior, explain to them that snatching the other child’s toy is bad because they wouldn’t like it if it happened to them. The same applies to hitting or biting so they can better understand how their behavior affects others.

8. Offer Them A Choice

Refusing to obey often has to do with rebellion against your control. So instead of coming across as controlling, offer them a choice with a limited set of outcomes. For example, instead of commanding him to return all his toys in the basket or clean the room ask him which task he would take up so you can do the other. Eventually, you can stop helping out and get him to do it all starting with one task at a time.

This is a strategy you should use only when they behave well at the time it is most needed. Say you are out at a friend’s place and your boy promises to play nicely with the other children and he keeps it up, treat him with his favorite ice cream or snack as a reward. It also works with simple tasks such as taking meds, a spoon of sugar later will definitely help ease it down!

Consequences are also as important as rewards in shaping difficult behavior. Time-outs work with most kids as they have plenty of time to think about what they did in a dull boring place. If time outs don’t work there are always other favorite activities you can take away such as screen time privileges and dessert.

Disciplining a difficult child is a skill parents most often don’t possess, it is acquired as they understand their children and what works with them. While initially they are baffled by why some kids are tougher than others they will eventually come to understand the temperaments of their children and formulate a strategy. The key is patience, keen observation skill, and smart methods to manage them.