Your Life, Your Baby! 7 Reproductive Choices Every Indian Woman Must Have

Your Life, Your Baby! 7 Reproductive Choices Every Indian Woman Must Have 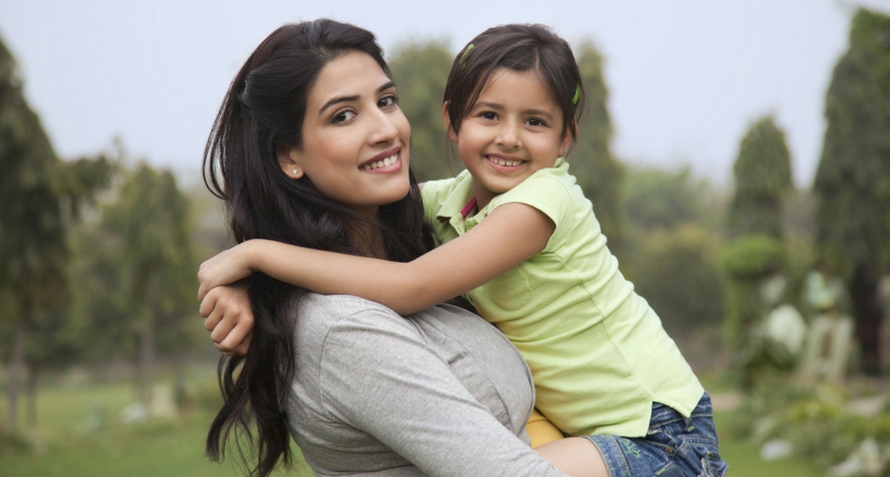 While the western world is mostly torn between pro-life and pro-choice due to religious, economic or public health reasons, India faces a different kind of debate about reproductive rights.

Reproductive Rights – Two words that hold a lot of power and sum the rights that every women deserves to maintain her sexual and reproductive health. Defined by Oxford Dictionary as “The rights of women as individuals to control and make decisions relating to reproduction, especially with regard to contraception and abortion”, reproductive rights have been under scrutiny since times immemorial.  So, do you know the reproductive rights and choices you must have and that nobody can snatch from you? Let’s find out and empower ourselves.

From a legal standpoint, India is a pro-choice country with ‘conditional’ abortions legal for women who are 18 years or older (given the consent of the woman and her doctor). The conditions under which abortion or termination of a pregnancy is allowed include:

However, societal taboo and judgments have resulted in extreme scrutiny for these decisions – from contraception to abortion to everything about our sex lives! We have a few rights granted to us but many we still need to still fight for. Each and every right also has a shroud of taboo that needs to be broken.
So what kind of reproductive rights and choices are we talking about? Here, we’ve listed 7 choices or rights that every Indian woman should have access to, never mind societal ‘judgment’ or criticism:

Reproductive Rights Every Indian Woman Must Have

Talking about sex is a big taboo in India even in the 21st century. The land brought the Kamasutra to the world, but discussing sex even within our family is frowned upon. Even women getting married aren’t given any knowledge about sexual intercourse, STIs contraception or pregnancy. We often end up having next to no knowledge and face disastrous consequences of our ignorance – from unwanted pregnancies to STIs! As for visiting a gynaecologist, it is always associated with the woman having a ‘problem’, not making the choice to ensure she is healthy!

Sex education should ideally be provided in early years of puberty to help girls and boys deal with their changing bodies and not associate any negative feelings with it. Not only that, women should ideally visit gynaecologists for regular checkups once they hit puberty.

Contraception is a method to prevent pregnancies and there are various types of contraception methods available. The most common one is the birth control pill. The others include:

Family planning is a necessary step for controlling the population of India and has also resulted in the norm of ‘Hum Do Hamare do’ in 1992. While the repercussion of the same is open to debate, there is one right we must exert the right to choose contraception, and have access to contraception options affordably, based on what suits our body best. One contraceptive is not effective for every woman as every woman’s body is different. This is why there is a range of contraceptive options available in the world. While the knowledge of these contraceptives is fairly widespread due to the two-child norm introduced in 1992, easy or affordable access is still not available for every woman. It is critical to discuss contraception with your doctor, to ensure you can plan your family well, and as per your physical, mental and financial preparation.

Sterilisation is a long-term contraceptive procedure that can either be reversible or permanent. However, under India’s National Family Planning Programme there have been quite a few incidents where the right to refuse sterilization has been in jeopardy and has also resulted in deaths of women through the decades!
During the emergency, there were instances of forced sterilization where 4.6 million tubal ligations were performed on women. Heavy incentives are provided by lottery system till day in some parts of the country to encourage women to undergo sterilization. However, due to a lack of medical facilities that have led to deaths even as recently as 2014, women are hesitant to opt for sterilization. Rightly so!

The greed of incentives results in some women being forced by their families to undergo sterilization. They seriously risk their health for the same. Remember, sterilization is an option, and you must not let anyone force you into it. If you do consent to the procedure, ensure the process is safe and that the doctor and hospital are authorized as well as competent.

The inability to have a child is a painful emotion for women, and affects their emotional health drastically. However, with the wonders of modern science, there are many options available for childless couples. Some of these include:

Access to these options can prove to be life-changing for couples and should be rightfully available to not only women but also men everywhere.

However, these treatments are expensive and are often considered unethical by some religious factions. A few others believe that the resulting children from some of these methods are not of your own ‘blood’ and thus, not your real children. We need to shed such misconceptions and feel free to opt for these options to treat infertility, if required.

The most controversial aspect of reproductive rights for women is abortion. Abortion is the procedure where the foetus a women is carrying is removed in an effort to end the pregnancy. As discussed earlier, abortion is completely legal in India under the Medical Termination of Pregnancy (MTP) Act, 1971. However, various factors like the lack of awareness, collective pressure by the family, and legal procedures affect a woman’s right to choose safe abortion.

In India, women can opt for abortion with the consent of a doctor – within the first twenty weeks. However, some procedures require the spouse/father’s consent on forms. Problems crop up especially in cases of a forced pregnancy or pregnancy resulting from rape. For instance, the procedure requires a woman to present the father’s name compulsively along with his permission to terminate the pregnancy in addition to the reason for termination which, due to the stigma around rape, can cause additional mental stress for the woman. Additionally, if the pregnancy is not detected before 20 weeks (often in the case of minors), the procedure to terminate the the pregnancy after 20 weeks gets far more stressful as legal permission from the Court is required in such cases.

The lack of knowledge about MTP and the judgment that comes along with a visit to the gynaecologist often results in women resorting to unsafe abortion methods. Such methods can seriously harm their reproductive health and even be fatal at times. If the circumstances so demand and you perceive the need for an abortion, please discuss with your doctor and do not opt for an unsafe, untested method. Indian women have the right to abortion up to the ‘safe’ time-period in pregnancy (first 5 months) and we need to feel free to exert this right if so required.

6. Right To Say NO To Abortion (Female Infanticide)

In India, female infanticide is a big problem when it comes to reproductive choices of a woman. In certain parts of the country, women are forced to undergo abortions when illegally obtained sonography reports state that the child is female. Not only that, certain doctors who perform these illegal abortions sometimes give false reports about the sex of the child for monetary benefit. Amidst all this, a woman’s reproductive rights are taken away from her as she is helplessly forced to undergo abortions and lose her child.

Note: If you face a situation where you are pressurized to undergo sex determination or abortion, you can contact National Commission for Women (011 23213419, 23234918, 23222845) or lodge a complaint online with NGOs or approach the police as well.

7. Right To Abort Regardless of Foetal Age, If Woman’s Life Is In Danger

While abortion is legal till 20 weeks into the pregnancy, abortion after 20 weeks requires the medical reports of two doctors. These reports must state that the woman’s life is in danger if the pregnancy continues, and be verified by a court before the abortion can be performed. If the doctors deem that late abortion will be unsafe for the woman, they will refuse to allow it.

However, at times, this situation becomes very complicated. Sometimes, women are forced to go through the abortion regardless, on the sly. This has been noted in cases when the baby is female, or when the child is ‘unwanted’. At other times, the woman gets trapped in a legal battle like in the case of a 28-year old Mumbai woman who despite wanting to be a mother, wanted her child to die at birth!

Such abortions are extremely dangerous for the woman’s health. The resultant lack of reproductive choice for the woman can even lead to her death!

Reproductive rights in India and everything related to them are taboo. Societal judgment is attached to each and every kind of reproductive choice a woman makes. This needs to change, before any more families are ruined on account of the woman being denied a reproductive right.

It’s time to give back a woman her right to HER body and HER child!

Previous article « Intense Mood Swings in Your 20 Months Old
Next article 8 COSTLY Mistakes Most Of Us Make When Shopping For Our Baby! »