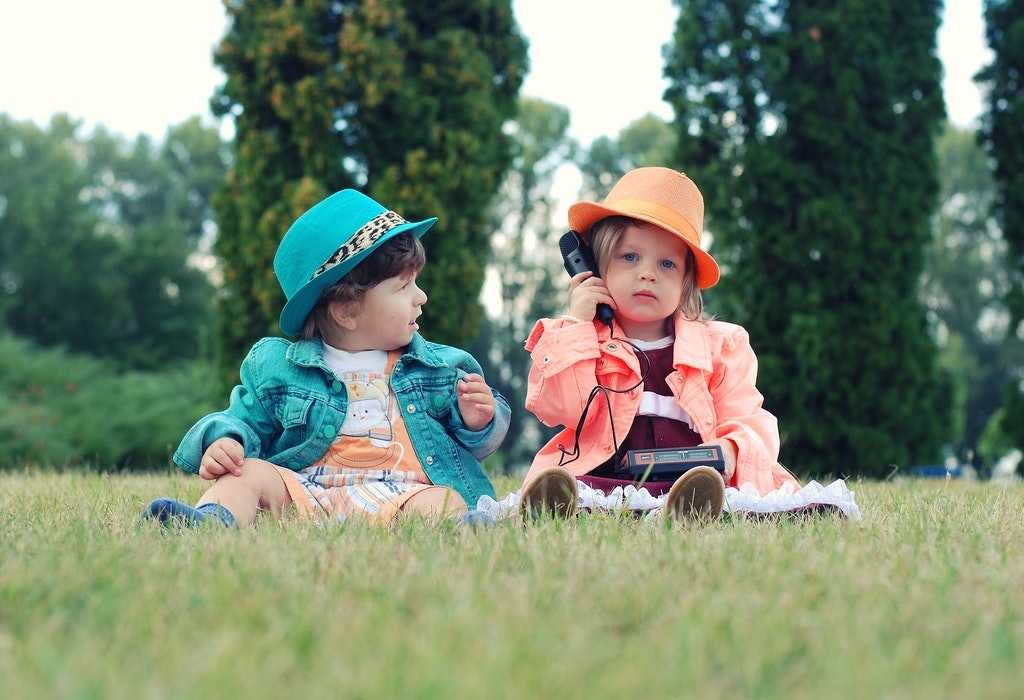 In this Article
It’s crucial to understand the role of copying one’s peers and imitation in child development. This is a significant part of growing up and must be encouraged as long as it’s enhancing and adding to the pro-social development of a child.

Research has shown that a newborn baby starts to mimic his mother. This becomes more evident when the child mimics someone older who’s smiling or protruding his tongue at him. Imitation opens up a whole new area of development and interaction.Fine motor skills can be learned by way of imitation like stacking blocks and using a crayon. Pretend play, meanwhile, remains one of the best and most preferred forms of play for toddlers and children to learn new skills.

Being imitated and imitating others have a clear influence on infants’ prosocial behaviour and young children’s trust in others. Social experiments conducted by researchers have also shown that imitation in children is a powerful means of social influence in development.

Imitation behavior in toddlers consists of both cognitive and social components. It’s a complex process in which the child needs to see the adult act, absorb it, translate it into an action, and then execute it through his motor skills. Adult or peer imitation provides a firm foundation for advanced forms of interpersonal relationships and social cognition.

Right from infancy, mimicry is seen to have positive social consequences. It can enhance and promote a general prosocial orientation towards others. Just like adults, toddlers too tend to follow and trust those who mimic them and are influenced by the preferences and opinions of those set of people.
A child imitating older kids and adults is also learning new skills from them. Pretend play again plays an important role where the child can learn a lot of skills and activities by copying his peers and adults. But, the flip side is that he may also catch unsavoury actions shown on television and mimic the same. You can guard against this by keeping a strict watch on what your toddler is allowed to see on TV.

For toddlers copying peers, there’s a definitive and progressive path according to their age:

Previous article « Hand Sanitizers and Your Baby: Safe or Dangerous?
Next article 19 Weeks Pregnant With Twins or Multiples »