When Your Toddler Refuses to Keep Clothing On
What To Do When Toddlers Don't Keep Clothes On?

When Your Toddler Refuses to Keep Clothing On

When Your Toddler Refuses to Keep Clothing On 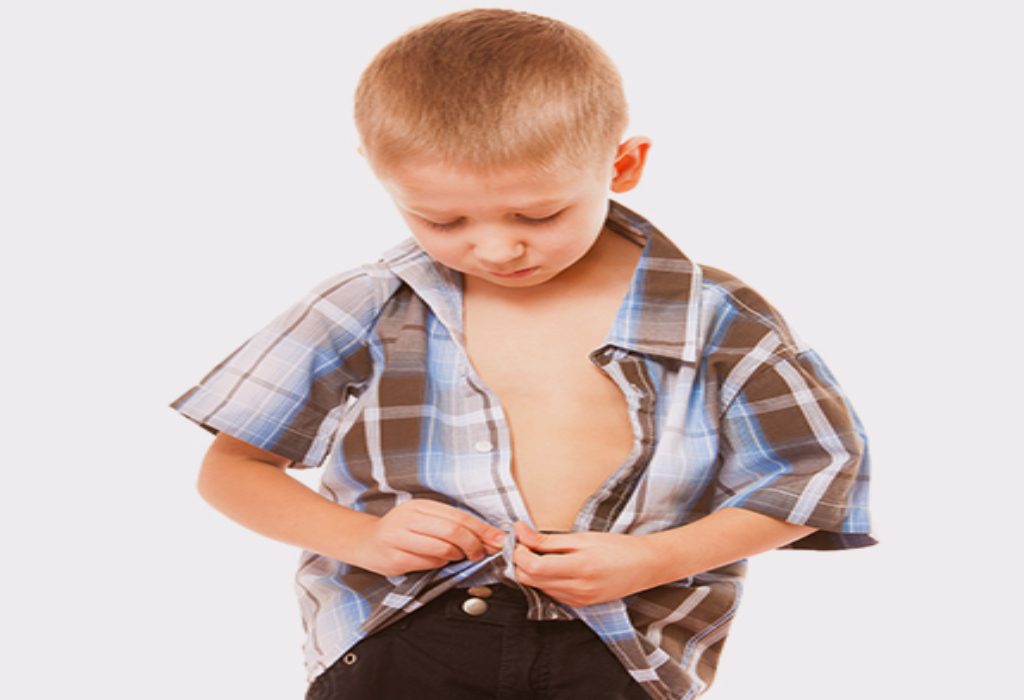 Some toddlers refuse to keep their clothes on once they figure out how to remove it. If your toddler’s undressing at every given opportunity is stressing you out, learn why he’s doing it and how you can stop him from it.

You may dress your toddler in the best of clothes but instead of keeping them on, he takes the first opportunity to take them off. When you wake up in the morning, he’s in his birthday suit, looking relaxed and smug. Apart from driving you up the wall, this new habit can be quite embarrassing, especially if he decides to disrobe in front of strangers or publicly. Moreover, if he takes off his diaper, it can get very messy! Why does he do this?

Reasons Why Your Toddler is Taking Clothes off

Your child may not enjoy the touch of frills and lace against her skin, or your son may not like the bow tie around his neck or the line of buttons on his sweaters. Maybe he’s feeling hot and sweaty and doesn’t have the verbal skills to express himself.

Diapers get uncomfortable when soggy and heavy. Being unable to express himself, your child just pulls it off out of frustration. It could also be that he’s ready to be potty trained, and when he needs to go, he pulls off his diaper because he doesn’t like the uncomfortable feeling. Watch out for signs that he’s ready to be potty trained such as squatting in a corner, or scrunching up his face.

Your 16-month-old may refuse to stay dressed almost every chance he has, because of the reaction it gets out of you. It might be his way of getting attention from you or the people around him. Whether you go red in the face and start shouting at him, or start making him wear his clothes, he’s fulfilled his goal!

Your child may have just learnt how to undo zippers, and unfasten Velcro, or pull his arm out of a sleeve. For him, taking clothes off is a new and exciting activity, and he will want to do it over and over again till he gets bored or learns something new.

What to Do When Toddlers Undress Themselves

There are a few things you can do to prevent disrobing in toddlers. Try putting the clothes on backwards so that he can’t open the fasteners so easily. If it’s the diaper that seems to be bothering him, change it more frequently to avoid his irritation. Get your child comfortable clothing that doesn’t irritate his skin too. Onesies are generally tougher to take off, so you could have him wear them.

If your child just likes the freedom of being naked, give him some time to be without clothes, like 5 minutes before a bath. If your toddler’s tantrums are taken out on his clothing, try and explain to him about public and private places and how certain body parts should be covered. Most importantly, don’t over react Stay calm and apply these tips.