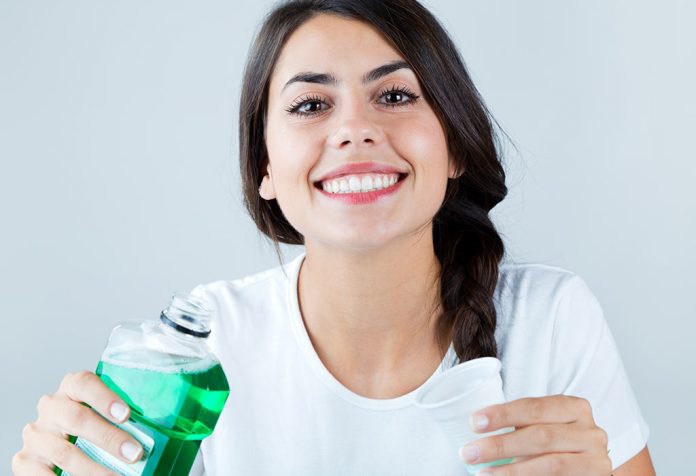 Hormonal changes during pregnancy may bring about oral health problems for some women, and increasing the risk of miscarriage for them. Along with flossing and ensuring to brush teeth at least twice a day, one of the most effective ways of ensuring oral hygiene is by using mouthwash. But like with any other thing being used during pregnancy, mouthwash too should be used with caution.

Is It Safe to Use Mouthwash While Pregnant?

Experts have different opinions with regards to using mouthwash while pregnant as most brands of mouthwash contain alcohol. No matter how little, alcohol can pose health problems for the baby if used during pregnancy, which is why doctors are against the use of alcohol-based mouthwash during pregnancy.

Some people are of the opinion that since mouthwash is not directly ingested during pregnancy, there should be no harm in using mouthwash while pregnant. While some experts consider it safe to use, but there is a small chance of it causing harm to the baby, hence it’s best not used at all.

How to Use Mouthwash While Pregnant

Mouthwash is best avoided during pregnancy but if you feel you must use one or are recommended to use one due to dental health problems during pregnancy, especially in the second trimester of pregnancy as that’s when most women are more susceptible to dental problems, here are some tips that you should keep in mind before buying one:

Risk of Using Alcohol and Fluoride Mouthwash During Pregnancy

Since using a mouthwash with alcohol in it can cause problems with the baby’s cognitive development later in life and can even cause birth defects if ingested, dentists recommend using a fluoridated, alcohol-free mouthwash during pregnancy. Some even suggest a fluoride rinse before going to bed to prevent plaque and to keep gum problems at bay.

Here are some precautionary tips you should take while using a mouthwash while pregnant:

While the use of mouthwash during pregnancy does seem to be a debatable topic where some experts think it causes no harm while others believe it is harmful, it is always good to be on the safe side and avoid anything with alcohol. If you have oral problems, see a dentist and make her known that you are pregnant so that she will be able to help you with the right treatment and make good recommendations for mouthwash if required.