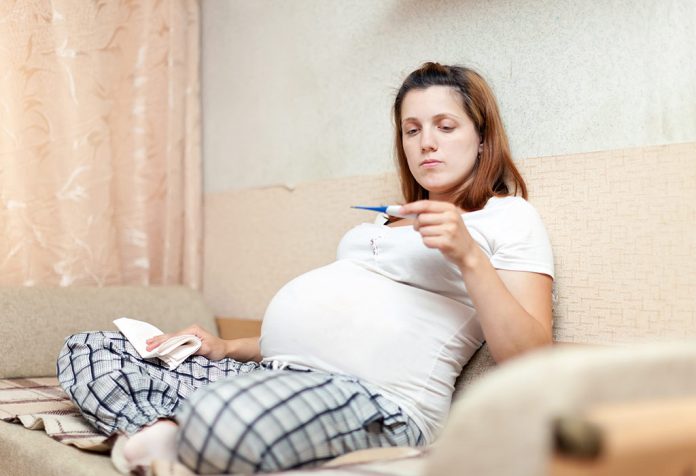 Pregnancy is a time of heightened awareness as a pregnant woman needs to be extra careful in everything she does. When a woman is pregnant, she needs to take extra care of herself as a lot of complications can arise during this time. During pregnancy, a woman may also contract certain infections which might lead to severe diseases. One such disease which a pregnant woman may suffer from is typhoid. Typhoid fever can be detrimental for the health of the pregnant woman and the baby growing in her womb. Read on to learn more about this disease and how it can be treated.

Typhoid is a bacterial infection which can lead to a high fever, vomiting and diarrhoea. It is caused by the Salmonella typhi. It is actually a bacterial infection that spreads rather easily. The bacteria generally spreads from the intestines, multiplying as it progresses in the bloodstream and gradually affects the organs. The symptoms of typhoid include gastrointestinal problems and a high fever.

Paratyphoid is also a similar disease which is caused by the bacteria salmonella paratyphi but it is lesser of the two evils as its effects are generally milder. The bacteria Salmonella typhi that causes typhoid also causes food poisoning.

What Are the Causes?

Typhoid fever is caused by poor hygiene and lack of sanitation. Poor quality of drinking water is probably one of the major causes of contracting a bacterial infection. Human waste if infected with the bacteria is also a reason for typhoid. Using public toilets that do not have proper sanitation facility can also cause typhoid. Basically, any contact in any form with an infected person or exposure to areas where there is a lack of hygiene can cause this highly contagious disease.

How Does Typhoid Infection Spread?

The bacteria salmonella typhi lives in the intestines and bloodstream of humans and spreads into other organs and tissues of the body. This infection spreads in the following cases:

Typhoid is a highly contagious disease. It can easily spread through the hand-to-mouth transmission. This means that if you share anything with an infected person, there is a good chance that you may contract the disease. Since typhoid can be contracted in poor living conditions, a large number of people can be affected, giving way to an epidemic.

How Is the Typhoid Vaccine Administered During Pregnancy?

When a woman is pregnant, her immune strength is low so she may contract the typhoid infection. This is why taking a vaccination for the same is suggested. If you indeed run a risk of contracting typhoid from exposure, vaccination is available in order to prevent the same. Instead of the live vaccine (which can be detrimental for the health of the baby), pregnant women are usually administered the inactivated polysaccharide vaccine type Vi. Pregnant women are advised to get vaccinated at least two weeks before the threat of exposure. Typhoid is usually treated with antibiotics. The usual time period for treating typhoid is 7-14 days. Sometimes, it is mostly the fever that you can really take medicines for. To combat the symptoms of typhoid, you should take care of yourself at home by following a proper pregnancy diet, drinking lots of fluids and taking good care of yourself. The trick is to cut off exposure from the infected person so that the infection does not spread.

Typhoid can be difficult to treat during pregnancy. The usual antibiotics used to treat typhoid are generally not given to pregnant women as they prove to be a threat to the baby. In such a scenario, typhoid is treated with third-generation cephalosporins and ampicillin/amoxicillin. However, these medicines should only be taken after consulting with a doctor.

If a woman has typhoid fever during pregnancy, it can affect her health as well as her baby’s health adversely. If the disease remains undiagnosed and untreated, there is a high risk of a miscarriage. As a result of the typhoid fever, a woman may feel weak for days and she may even go on a liquid diet for some time. As a result, the baby may not get enough nutrition for his proper growth and development.

If a woman contracts typhoid infection during pregnancy, there are high chances of the baby being born prematurely or underweight. In addition, oral active vaccinations can seriously prove to be dangerous for the baby.

How to Protect Yourself From Getting Typhoid

If you want to prevent yourself from contracting the typhoid infection during pregnancy then you must maintain proper hygiene and sanitation. Taking simple precautions such as washing hands before cooking, before eating, and after using the toilet can help you take care of yourself. Here is what you can do to prevent this infection: 1. Can Typhoid Vaccine Cause Birth Defects?

There is no study that proves that typhoid vaccine can lead to birth defects in the baby unless the pregnant lady ends up choosing active vaccination instead of polysaccharide vaccine. In the case of an active vaccine, the baby may be born with birth defects.

2. Can Typhoid Vaccine Cause a Miscarriage?

If the typhoid disease remains undiagnosed and is left untreated during pregnancy, then the woman may have a miscarriage. However, the pregnant woman is given an inactivated (or killed) vaccine, which is safe and poses no harm to the baby. A woman should not be given a live vaccine for typhoid during pregnancy as it may prove to be hazardous for the health of her baby.

3. How Does Typhoid Affect the Pregnant Woman and Her Baby?

A pregnant woman may feel fatigued because of this disease. The mother’s body may weaken considerably making it next to impossible for her to take the pregnancy to term. Also, since treatment includes a liquid diet mostly, both the mother and the baby may lose out on nutrition.

If the disease is not treated in time, there are high chances of a miscarriage. In case the bacteria reaches the baby, there is a good chance that there might be some deformity at birth or the baby may be born prematurely or weigh less.

4. Can the Typhoid Vaccine Cause Learning and Behavioural Problems in the Child?

There are no proven studies to suggest the same.

For mothers who have been given inactivated vaccine during the 1st month of pregnancy and typhoid has been successfully prevented, there is no chance of the baby being infected in any way.

Typhoid can be prevented by maintaining proper hygiene. Wash your hands, drink boiled water or water from safe sources, wash vegetables and fruits before eating them, eat well-cooked food and keep toilets clean and you should be fine!

Why Honey Could Be the Sweet Key to Good Health

Executive Functioning Skills in Children – Why They Are Important

Benefits of Ghee – 15 Reasons to Use It Every Day