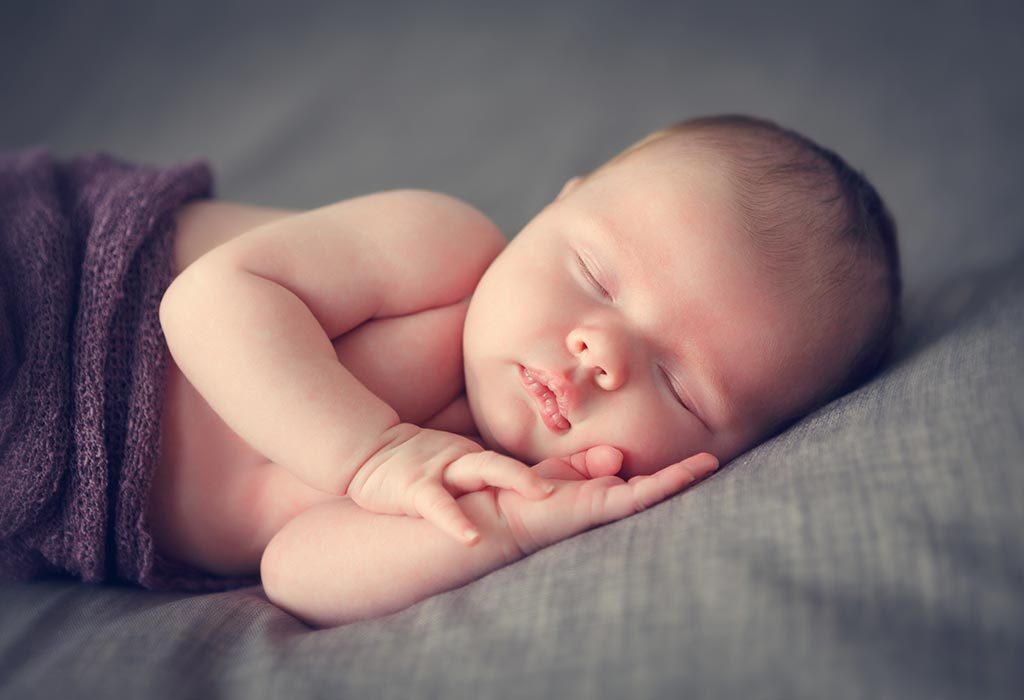 The origin of last names in America can be attributed to the impact of the mass waves of immigration and the custom of adopting Native American last names after the civil war. American surnames can also be classified into patronymic, locative, occupational and characteristic, based on one’s physical attributes or appearance. Most common last names in the US have English, Irish and Scottish origin, as most American settlers came from these countries. However, the 2010 census revealed the popularity of Hispanic surnames and Asian surnames with the rise of the Asian American population in America. Here are some of the most popular Americal surnames.

The following uncommon American last names with their meanings can help you choose the best one for your newborn.

With an Anglo-Saxon origin, this name means ‘noble’ or ‘bright’.

This American surname originates from Native American ancestors and means ‘defender of the men’.

This old French surname has Germanic origin and means ‘noble’.

Allen has a Celtic origin which means ‘cheerful’ and ‘handsome’.

Derived from the Greek name ‘Andreas’, meaning ‘manly’, it originated in the British Isles and Nordic countries.

Derived from Old English beg ‘berry’ and Leah ‘woodland clearing’, it may refer to someone who lived on the outer wall of the castle.

Bell is derived from a Middle English word ‘Bell’, referring to ‘a bell ringer’, ‘bell maker’ or ‘someone who lived by an actual bell’.

Biffle originates from the Middle High German word for ‘bull’.

Brooks describes someone who lived near a brook or a stream. It originates from Old English word “’bróc’, meaning ‘stream’.

Originating from the Old English word ‘brun’ or Old Norse name ‘Bruni’, Brown has a Scottish, Irish or English origin.

This English occupational surname originated from Ireland and originally meant ‘a servant in charge of a wine cellar’.

Originating from Spain, Castillo denoted someone who lived near or worked in a castle.

Derived from the Chinese word ‘Jia’, which is a place name, this surname refers to Chia in the Uesca province, in Spanish.

Christensen is derived from the Greek Christianos, meaning ‘follower of Christ’ or ‘son of Christen’.

Coleman is derived from Irish O’Colmain, O’Clumhain or Mac Colmain referring to ‘descendant of Colman’.

Davis has an Old English origin, which means ‘son of David’ or ‘beloved’.

Diaz is a common Hispanic surname that comes from the Latin word that means ‘days’ ‘Son of Diego’.

This surname is derived from the Slovenian name Dimic, which is a nickname for ‘a gray-haired man’.

Dollar can be an Americanised topographic name for someone from Dol Valley.

Easterlin is a form of the German name Osterlin that refers to ‘someone living to the east of a settlement’.

Derived from the Anglo-Saxon form Eadweard, it means ‘son of Edward’ or ‘rich guard’.

Derived from the Anglo-Saxon origin it refers to those living near a ridge of yew.

Evans has a Welsh origin, meaning ‘son of Evan’.

Fawn is an English word for ‘a young deer’. This has proven to be a popular surname given to kids over the years.

Flores is a Spanish surname which is the plural of ‘flor’ or ‘flower’.

This English occupational last name refers to someone who lived or worked in a forest.

Derived from the old French word Gagnier, Ganeux means ‘to farm’ or ‘cultivate’.

Garcia is a Spanish form of Gerald, meaning ‘rule of the spear’ or ‘descendant or son of Garcia’.

Derived from German Gollman, Goleman refers to ‘someone from Golm in eastern Germany’.

Originally found in Brittany, Governor refers to ‘a member of the household of a governor’.

Originating from the Scottish English border region, it referred to a person with gray hair.

This English surname commonly used to describe someone who dwelled at or near the village green or grassy ground.

Griffin has an Irish origin derived from its Latinized form ‘Griffinus’ or Welsh personal name ‘Gruffudd’.

Harkleroad is a Swiss German habitational name for Herkelrath or Herkelrath, a town in the Rhineland.

Originating from Britain, Harris is a derivation of Henry ‘home-ruler’ or it represents ‘son of Harry’.

Derived from the Old English, Hensley means ‘stallion’, referring to a family who was meant to succeed.

This topographic English surname referred to ‘someone who lived near a hill’.

This surname of Proto-Germanic origin means ‘a small wood or grove of trees’.

Hughes has evolved from the ancient Irish name of Haodha that refers to ‘the descendant of Aodh (fire).

Derived from German Immler, Imler is used to denote a beekeeper.

Irving is an English surname for someone from Irvine in Ayrshire or the Welsh word ‘water’.

Jackson has an English origin and means ‘son of Jack’. 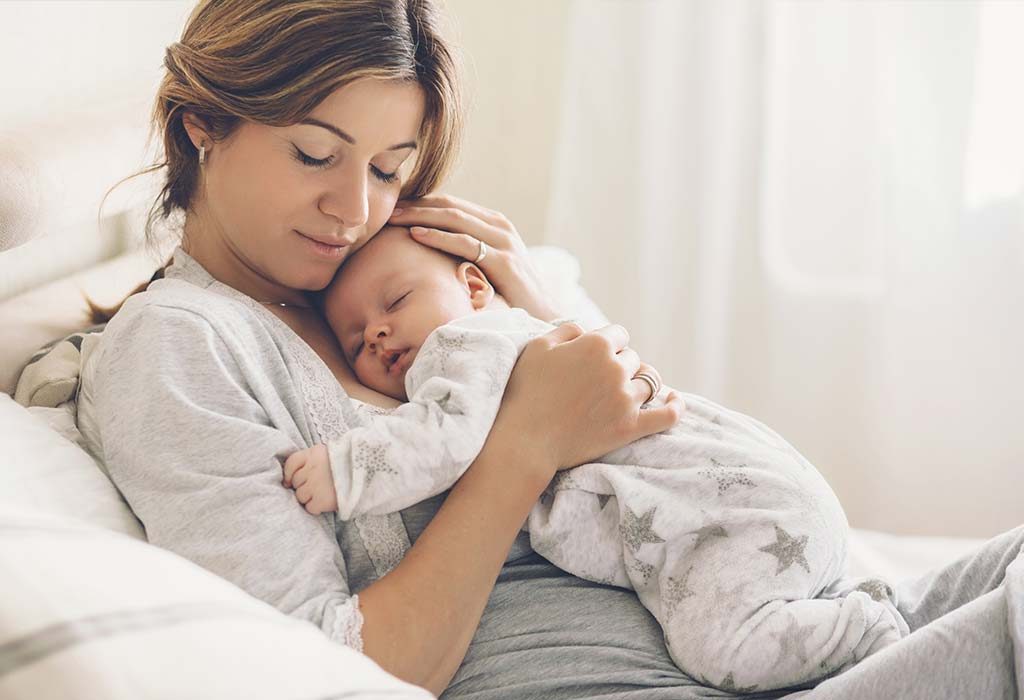 Derived from Latin Jacobus, James comes from the Hebrew and means ‘heel’.

Jimenez has a Spanish origin and means ‘son of Jimenez or Simon’.

This patronymic surname of English and Scottish origin means ‘son of John’.

Jones has a Welsh origin and means ‘son of loan’. It also means ‘Jehovah has favoured’.

Derived from the Irish name O’Ceallaigh’, it means ‘descendant of war’.

Derived from German Kindermann, this occupational surname refers to a school teacher.

Derived from Old English Leah, it means ‘a meadow’ or ‘forest clearing’.

Lepley is an Americanised spelling of the South German byname for a cobbler.

A derivative of Slovenian Malic and Croatian Malic, Malich refers to a ‘small person’.

Martin is derived from the Latin name Martinus, the Roman god Mars or ‘the God of war’.

This Hispanic surname indicates someone from Morales, the name of several Spanish towns.

This Irish surname means ‘descendant of sea warrior’ or ‘strong’.

The German origin of Myers mean ‘the magistrate of a city or town’ or ‘son of a mayor’ in its British origin.

This surname is a form of Irish name Neal derived from Gaelic word Nialli, meaning ‘champion’. It also means ‘son of Nell’.

Originating from the Chinese word ‘ruan’, this Vietnamese surname is popular in the US and means ‘a musical instrument’.

This patronymic Spanish surname means ‘son of Orton or Orta’.

This surname of Scottish and Irish origin means ‘son of Patrick’.

This surname of Spanish origin means ‘son of Pedro’.

Derived from Old English pyrige, Perry refers to one who dwells by a pear tree.

Derived from German Pfersching, this metonymic name refers to a grower’ or seller of peaches.

Phillips has a Greek origin that means ‘friend of horses’.

Price means ‘son of Rhys’, or ‘enthusiasm’ in Welsh.

This Hispanic surname refers to ‘someone from Ramos’.

Reyes refers to someone who lived at a Rea- a piece of hard ground within a marsh.

This patronymic surname with its Germanic origin means ‘powerful’ or ‘son of Richard’.

Derived from German word Reidelhuber, this surname refers to a farmer (Huber).

This Hispanic surname was bestowed on a person who lived on a riverbank.

This English surname means ‘famous spear’ or ‘son of Roger’.

Sanchez is a Spanish surname that means ‘son of Sancto’.

Sanders is derived from the Greek Alexandros and means ‘son of Alexander’or ‘defender of the people’.

Originating from German Sauerbr, Sauerbrey means ‘someone who made vinegar’.

Derived from German Settelmeier, Settlemire is a distinguished nickname for a tenant farmer.

Derived from Anglo-Saxon occupational name Smitan, it means ‘to smite or strike’.

This medieval name of Welsh and English descent means ‘son of Thomas’.

This surname of English and Scottish origin means ‘son of Thom, Thomp or Thompkin’

This Spanish surname refers to someone who lived in or near a tower.

Turner refers to someone who makes items of wood, metal or bone using a lathe.

Van Every refers to someone from Dutch Van Yvery in Luxembourg or Van Jeveren in Westphalia.

This surname of German and English origin means ‘an officer inspecting a part of a forest’.

This Old Gaelic surname refers to a civil guard.

This surname of Scottish and English origin means ‘son of Watt’.

Derived from the Isle of Wight in England, White refers to a person with light hair or complexion.

The cultural diversity of American culture has led to great variations in names and naming traditions. This list of last names in USA is an Anglicised version of its origin that express creativity, personality, cultural identity and values that may influence baby name trends. So, pick one to help your little one stand out in a crowd!