Home Pregnancy Complications This Mother Wishes Her Child Dies At Birth. The Reason Will Shock... 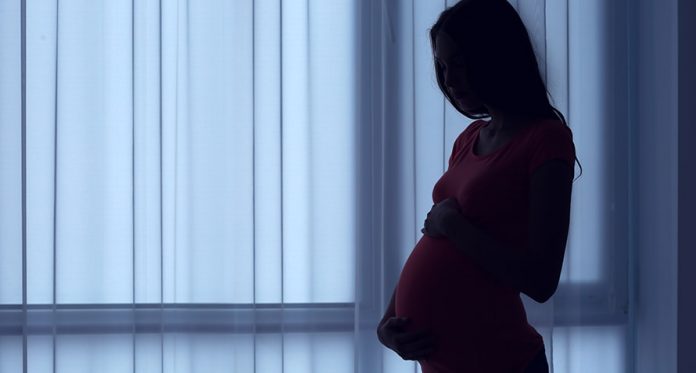 Every pregnant woman prays for one thing over and above everything else – that she have a safe pregnancy, and that she give birth to a healthy baby. A child is dear to the mother from the moment that she finds out she is pregnant. For every mother, her baby is perfect… the most beautiful baby in the world. But last week, a 28-year old Mumbai mother had to digest painful news about her child that would send shivers up and down any woman’s spine…

It was last September that she found out she was pregnant. She was immensely excited! She and her husband had been planning for the baby for three years. She now wanted to completely focus on the baby, and even quit her job to make more time. Everything was going well at first. Until a recent sonography that made it all collapse.

The test results indicated that her 27-weeks-old baby (almost 7 months) had an underdeveloped brain and a distorted spine. This is called the Arnold Chiari Type II syndrome – one of the most terrifying of birth defects, where the chances of survival after birth are very low.

The mom-to-be was distraught. She had already experienced the horror of brain defects in the family; her younger brother also suffers from a similar problem. She has looked after him for 10 years. He is paralysed waist down and needs to be lifted to be fed. He has to be rolled over every two hours to prevent bed sores. He has not left home since birth. The woman could not imagine putting her baby through a life full of such difficulties, and she decided to have an abortion.

However, she was crushed when the Supreme Court ruled AGAINST an abortion! In order to abort a baby after the 20th week of pregnancy, legal permission is required. In her case, permission was denied… Her delivery is due in June, and the doctors are predicting that the baby’s chances of survival are negligible. It is also not clear whether, or for how long, the baby will survive after birth. The defeated woman went on to tell a national newspaper that she now wishes her baby dies right after birth.

“I had agreed to approach the court with a lot of hope, but now I have no choice but to walk out of the hospital leaving the baby there. The court and the government can take care of him or her. Who will pay for the baby’s health-related expenses? Will the court step in? Is it even fair to consider the baby a burden after birth?

Who wants to kill their own child? It is the hardest decision I had to take. But what option do I have?”

Abortion – What Does The Indian Law Say

Abortion laws greatly vary across the world. In India, the Medical Termination of Pregnancy Act, 1971 laid the foundation for abortion laws. According to this act –

The essence of the act is – an abortion is permitted only if the continuation of the pregnancy is going to pose a serious and/or fatal risk for the mother and/or the child.

Abortion – The Risks It Poses For The Mother

For us to understand or better appreciate the law, and the recent ruling of the Supreme Court in the Mumbai-woman’s case, it is important to understand the complications involved in the process of abortion.

Abortion in the first trimester is carried out by consuming two pills in succession. The first blocks the hormone progesterone which causes the uterus lining to collapse, cutting off bloody supply from the foetus. The second induces contractions and heavy bleeding, throwing the aborted foetus out of the body. The procedure is severely painful for the woman.

Risks for the mother: Bleeding and/or spotting is one of the main complications. On an average, women may bleed for 9 to 16 days, in some women it may last up to 30 days. In rare cases, a woman may require to be hospitalised to bring the situation under control. Other risks include –
•    abdominal pain
•    nausea, vomiting, diarrhoea
•    headache
•    heavy bleeding
•    maternal death resulting from infection or undiagnosed ectopic pregnancy

This procedure involves preparing the cervix of the woman by dilating the opening. A suction tube then drains the uterus of the amniotic fluid. Finally, a clamp is used to grab and pull out the baby.

Risks for the mother: This procedure is naturally more intensive than popping a pill. Risks for the mother include mainly include damage to internal organs such as uterus, cervix, bowel, bladder, etc. Other risks include –
•    infection
•    haemorrhage, that may or may not lead to maternal death
•    severe complication in future pregnancies, including – premature delivery, natural abortion brought on by trauma or injury caused to the cervix

This procedure lasts 3 to 4 days. The foetus is first administered with a lethal dose of a drug. The woman’s cervix is then dilated. An ultrasound is performed to ensure the foetus is no more. The following day, the woman will go into labour and deliver a still-born.

Risks for the mother: The risks are similar to a 2nd Trimester abortion, only the severity is several-fold, much higher. To give you an idea, think about it in this way – third trimester is from the 25th week up to full-term. Babies are sometimes born prematurely in the 25th or 26th week. This means, a baby could potentially be born at this stage, if an abortion is not carried out.

Who Should Get To Decide?

The severity of the procedure and the risks it entails make it clear why the law exists. It is not only physically but also mentally and emotionally very painful to go through an abortion in the third trimester of a pregnancy. Abortion at such a late stage can even have long-term and serious effects on the woman’s health. It is quite probable that a woman may not recover from such a trauma. Having said that, in certain conditions, an abortion might be required. Congenital defects and risk of mortality are the main factors that may cause the law to make an exception and allow an abortion in the third trimester.

Yes, taking this decision is complicated and has far-reaching consequences. However, one cannot ignore the central notion that all women across the globe will agree with – it is the woman’s baby, the woman’s body, and it should hence be the woman’s decision. Should the law step in and ‘decide’ for a mother what she is permitted to and prohibited from doing? What happened in this case is that the decision to give birth was FORCED upon the mother, against her expressed wish of not bringing such a child into the world.

Opting to medically terminate a pregnancy is no easy decision to take – be it the first or the final month of pregnancy. However, a lot of things could affect this decision for the woman – from religious, to spiritual, to practical values and perceptions. The Mumbai-case also raises a lot of important questions:

Let’s NEVER Forget This To Protect Both Mother & Child

When it comes to birth defects/congenital defects, they are mostly genetic in nature. According to a study published in Indian Journal of Human Genetics in the year 2013, the prevalence of birth defects in India ranges between 61 and 70 per 1000 live births – or 7 percent of all live births. It can happen to anyone, despite our best precautions and prayers. However, please keep the following pointers in mind to do your best to protect both yourself and your baby:

Our heart goes out to the woman and her family members; we cannot even fully fathom the intensity of the pain they are going through. May God give them strength.

Useful Tips That Will Help You Crack an Interview

Fall Head over Heels for Your Husband Again

A Movie Time With My Daughter