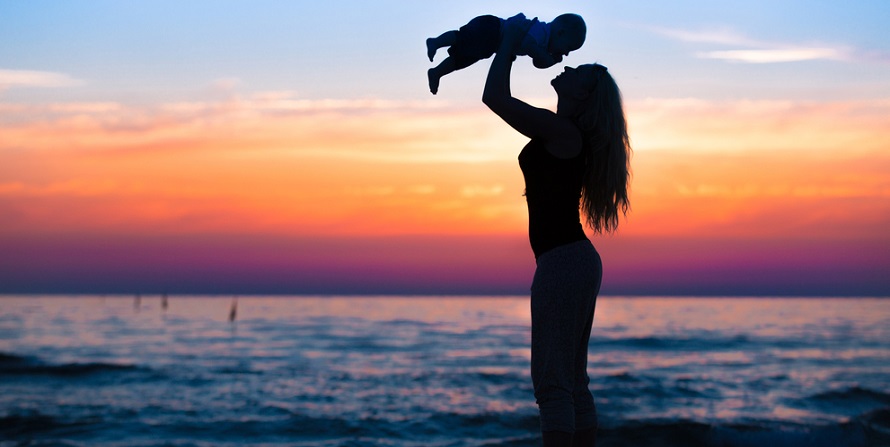 A mother loves her baby a lot, more than anything or anyone else in the world. Her baby is the little human she brought into the world, the little human who dotes on her and gives her smiles that fill the heart with delight. How can a mother ever do something harmful to her baby, that too on purpose? Recently, a mom with a baby girl, did something so shocking to her daughter that she started receiving death threats! What did she do that was so dangerous – and more importantly, WHY?

This incident happened to a woman called Enedina Vance, mother to a baby girl. She recently shared a picture of her daughter on Facebook. Within hours of doing this, the post went viral. Not just that, she also got death threats and abuse! Many people told her that her children should be taken away from her!

In the picture, the little girl was wearing a stud on her cheek. Enedina had apparently got her baby girl’s CHEEKS PIERCED!

Why Did The Mother Pierce Her Baby’s Cheeks?

Enedina explained her main reason for doing this – “It looked cute!”

“I just know she’s gonna love it!! She’ll thank me when she’s older lol. If she decides she doesn’t like it, she can just take it out, no big deal.”

I’m the parent, she is MY CHILD, I will do whatever I want!! I make all of her decisions until she’s 18, I made her, I own her!! I don’t need anyone’s permission, I think it’s better, cuter and I prefer her to have her dimple pierced.

It’s NOT abuse!! If it was, it would be illegal, but it’s not. People pierce their babies everyday, this is no different.”

So, here is one mom who felt free to do whatever she wanted to her baby, because, after all, she ‘owned’ her. Babies depend on us for everything, no?

But There’s a Catch…

If you too got swayed by emotions and anger after reading this mother’s opinion, here’s a twist in the tale.

The picture is FAKE. It is Photoshopped!!

Enedina posted the picture to convey an important message – that even though we are parents, we do not have the right to modify our babies’ body parts or mutilate them in any manner. And this holds true for everything – from piercing to circumcision.

What is surprising is, even though Enedina captioned her post “#sarcasm” very few people understood. They jumped on her, even going as far as to threaten to kill her!

She said: “Wow, so as (hopefully) everyone knows, my last post was FAKE. I photoshopped that picture of the baby to look like I had her dimple pierced. It is in fact PHOTOSHOPPED. I seriously can not believe how many people missed that this was purely satirical, I actually used the hashtag #sarcasm , yet people were still threatening to beat me to death, call child protective services, & take away my children.”

It indeed is surprising, no? So quick are we to react to something we find inappropriate, and yet, so many of us practice many ‘questionable’ rituals.

Two Baby Rituals Parents Must Be Careful About

In India, we follow a number of babycare rituals. While some of these are very beneficial, some others are plain dangerous. In light of the message this mommy shared, there are 2 main rituals we must be extra cautious about. They involve body part modification for our babies:

It is fairly common in India, especially getting the ears pierced for girl babies. It is one of those Indian rituals for babies that has been passed across generations. Mothers do it not just for cosmetic purposes, but also to ‘protect’ their child. It is believed among Hindus that piercing the baby’s ears wards off evil, maintains regularity in the menstrual cycle, and also helps girls deal with emotional problems.

But what is the scientific backing for this? Very limited! There have been many reported cases where such piercing, when done prematurely, has lead to ear infections, severe pain, and other skin-related issues.

This is the procedure of removing the foreskin from the penis, and is very common. Many families subject their newborn babies to this on account of religious beliefs, while some do it as it ‘helps keep the penis clean and reduces risk of infection’. Here too, experts have limited data backing up these benefits. Circumcision can also expose the baby to risks such as pain, bleeding, or even injury to the penis.

As Enedina puts it, “How is it so triggering, so enraging to see my baby with a pierced dimple, but actually knowing a baby is being strapped down and forcibly having his most sensitive portion of his penis amputated, seems perfectly OK?”

When it comes to our little ones, caution is of utmost importance. Let’s make wise and safe decisions and steer clear of anything that might cause harm to the delicate babies – now, or in the future.