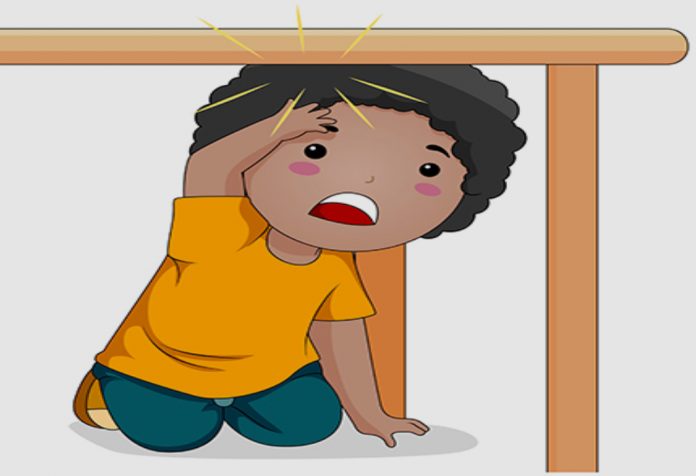 Toddlers who have trouble with spatial awareness bump and fall a lot. However, many parents overlook these mishaps due to ignorance about the concept. If left unchecked, it could lead to further difficulties later in life. Learn about the strategies for helping toddlers overcome spatial problems.

Your toddler learns as he explores. He needs to walk around, look at different things and touch and feel them to gain more knowledge about all that’s going around him. However, does he frequently bumps into things in front him? Beware! He could have a spatial awareness problem.

What is Spatial Awareness: Defining The Problem

Spatial awareness is a child’s ability to judge himself in the space around him. This helps him prevent himself from bumping into objects near him or ones that come in his way while walking or playing. A lack of spatial awareness means that a child won’t be able to judge the distance or other parameters between himself and an object or even between two objects around him. This complex cognitive skill, which develops naturally from a very young age in most children, doesn’t do the same in others, leading to spatial awareness difficulty.

There are certain signs that indicate a toddler may be suffering from a lack of spatial awareness.

If you notice any of these signs, consult a doctor to help decide on therapy. Spatial awareness difficulty is not serious and can be treated with therapy and special activities.

Experts believe that lack of spatial awareness could be due to too many restrictions.It could also stem from a disability or a delay in certain important milestones. Giving your child freedom to explore his surroundings is a good way to enhance body awareness in toddlers.

Communicating with your toddler and indicating the position of things is another way to help him understand the space around him. For example, point at a cup and tell him, “That is a cup on the table.”

This fun activity is one of the best therapies for spatial awareness difficulties. Hide your toddler’s favourite toy and ask him to find it. Give him some hints to point him to the spot.

If your toddler loves robot, act like one. Then, encourage him to imitate you and give him directions to turn left and right. This is an engaging game that you can play with a 16-month-old toddler who has spatial awareness difficulties.

Playing with building blocks and jigsaw puzzles is beneficial for cognitive improvement as well as a good way to improve the spatial awareness of a toddler.

Being patient is extremely important when helping your child deal with spatial awareness. It may take some time, but he’ll soon learn to judge the things around him.

All About the Safety of Our Little Ones

How to Handle Shyness in Children & Ways to Overcome It

Food Poisoning and Breastfeeding – Can You Still Nurse Your Baby?