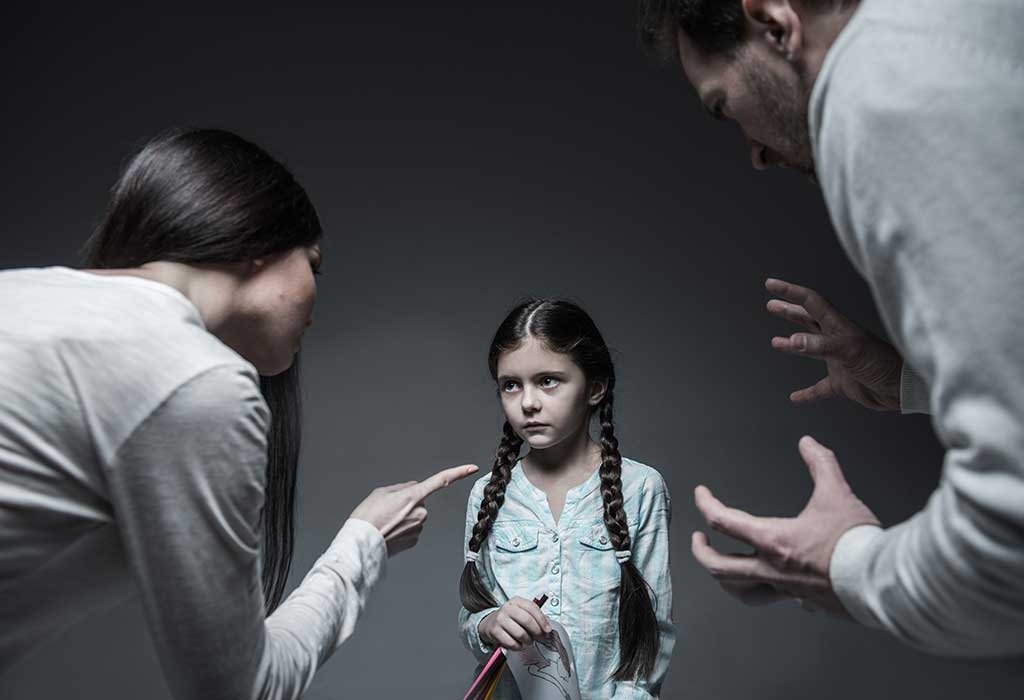 Toxic relationships with parents affect the mental health and general welfare of children. The difference between poor parenting and toxic parenting is only a matter of degree. Lacking insight, maturity, or compassion, toxic parents may cause mental and physical agony, trauma, and lasting mental problems for their children. We need to check such dysfunctional parenting patterns to foster a healthy relationship with children and gift them a happy childhood.

What Is Toxic Parenting?

Emotionally healthy parents understand their children’s feelings, encourage them to follow their dreams, apologize when they make mistakes, and discuss problems through healthy communication. However, some families operate on dysfunctional rules, where critical, controlling, and abusive parents who neglect the needs of their children are considered normal. Going beyond the occasional mistake, parents with consistently harmful behavior can become highly destructive.

They fail to realize that such an upbringing hiding behind the excuse of “tempering the character” can lead to an unimaginable amount of psychological damage that will necessitate a lifetime of therapy. Most children can deal with an occasional outburst of anger but need a certain amount of love, reassurance, and understanding to counter its adverse effects. When a child is raised through repetitive abuse, loathing, judgment, and criticism for their behavior, personality, or performance, it leaves them feeling demoralized and with low confidence.

Unfortunately, this toxic parent behavior extends to how they treat their children. Often narcissism, emotional disorders, alcoholism, or addiction are personality traits that veer into the toxic category of parents. ‘Toxic’ isn’t a medical term or a clearly defined concept. This harmful parenting style takes away from children the love, warmth, and nurturing that they deserve. Being under the shadow of fear, guilt, and obligation, their constant pursuit for validation and approval to prove themselves worthy persists throughout their lives.

What Type of a Toxic Parent Are You?

Parents are never suitably prepared or equipped for the responsibility of parenthood. Personal experiences of their childhood guide them to take up the duties of a parent. Here are different types of parents that would help them identify and avoid toxic behavior:

Inadequate parents experience feelings of guilt and despair. They may constantly focus on their problems and share their deepest feelings and thoughts with the kids, using them as a buffer during emotional crises. Such kids grow up as mini-adults who become self-reliant.

A controlling parent doubts their children’s abilities and uses care, guilt, manipulation, and over-helpfulness to direct their lives. They dictate, control their children’s feelings, thoughts and decisions. As they’re scared to become irrelevant in the family, they make their children feel helpless and over-dependent on their parents.

Alcoholic parents have very little time or energy for the demands of parenthood. They get violent in anger, show unpredictable or aggressive behavior. Using denial, stress, or professional problems as a weapon, these parents deny that the problem exists in principle.

Some parents use ridicule, sarcasm, insulting nicknames, and humiliation as weapons of verbal attacks to comment on a child’s appearance, competence, intelligence, or value as a human being.

Physical abusers are incapable of controlling their rage and use it to control their children. Although advocates of corporal punishment justify their behavior as it would make the child courageous and strong, in reality, it inflicts the strongest mental, emotional and physical scars for life.

Incest is an act of complete perversion and an emotionally destructive betrayal of the fundamental trust between a child and a parent. It destroys their innocent childhood, giving way to helplessness, despair, constant anger, and fantasies about revenge.

Signs That You Are a Toxic Parent 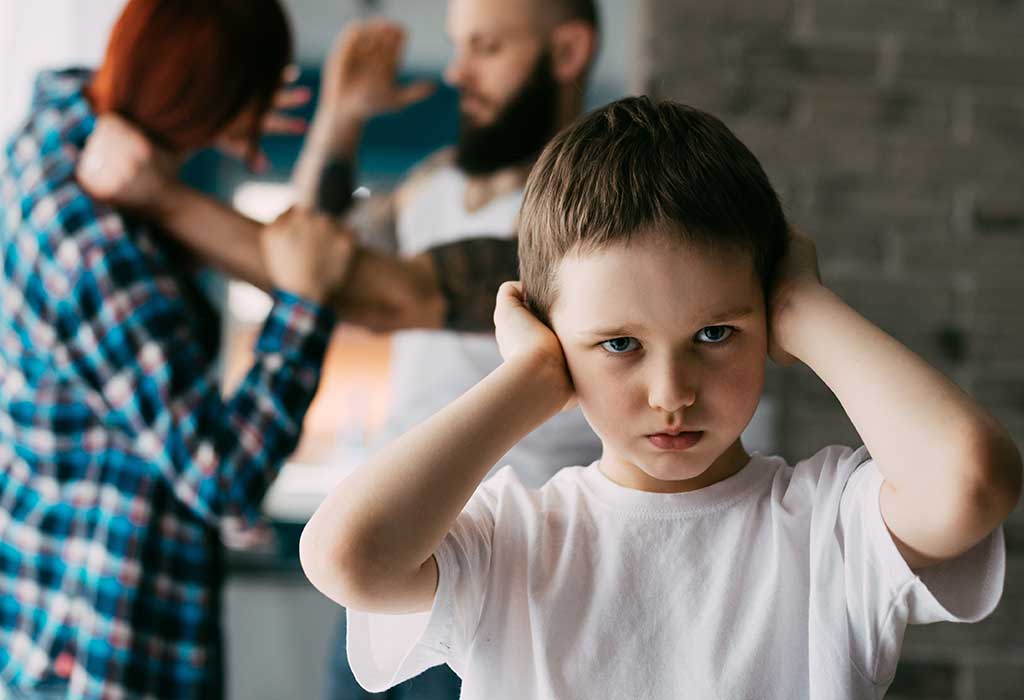 Parents are supposed to be caregivers of their children. Sometimes, this need makes them vulnerable to being parented by wounded people. Overcoming toxic parents is possible by being aware of their existence, acknowledging it as unacceptable behavior, and recognizing the changes necessary for cultivating healing relationships within the family. Here are some signs that show that you are a toxic parent:

Some parents may be self-absorbed, unavailable, selfish, or uncaring when it comes to their children’s needs. When they are physically or emotionally detached, they refuse to understand the feelings of others.

Toxic parents are unable to control their emotions leading to emotional outbursts and unpredictable behavior. They often overreact, become dramatic, or exaggerate incidences.

Toxic parents refuse to accept the child as a grown adult who has a separate identity and can make their own decisions. They exert power and control through guilt and money. They invade their child’s privacy by reading their mails, come over uninvited, offer unsolicited advice, and take actions regarding their personal life without consulting.

Overly demanding parents expect their children to disregard their schedules to tend to their needs. They constantly use threats or manipulative behavior to seek attention from children.

Hurling cruel racist jokes, making sexual advances towards the spouse can be highly embarrassing for children, especially young adults. Parents consuming drugs, engaging in illegal activities, discussing adult issues like legal troubles, finances, or arguing with their spouse in front of the kids can be considered emotional abuse.

Toxic parents can be downright mean and manipulative. By twisting the truth, they portray themselves as the ‘good cop.’ They use guilt, denial, and trivializing to achieve their goal.

7. Unnecessary Arguments in Front of Children

Parents should have the presence of mind to engage in an argument with their spouse away from children in private. Screaming and yelling can send a terrible signal about a conflict that needs to be handled.

A toxic parent is never satisfied with their child’s achievements. They get busy finding fault, pointing out shortcomings, mocking, calling names, and intentionally bring up sensitive topics that they know would hurt their children.

When families don’t have firm boundaries, the roles of the members get blurred. In dysfunctional families, parents tend to expose their children to issues that are inappropriate for their age. They relay messages and broker deals between arguing parents or approve who their parent date or pay bills are tasks that can cause conduct disorder in children.

Toxic parents refuse to acknowledge a problem. They feel silence can erase a traumatic situation like sexual abuse inflicted on a child by an older family member. They forbid the child to talk about it and blame it on peer, school system or chalk it up as a growing phase.

Can Toxic Parenting Affect Your Kids?

After dealing with toxic parents through their childhood, children show exaggerated behavior that reflects their dysfunctional family unit or emotionally unhealthy parents. Here are some of the effects of toxic parenting on kids:

The toxic behavior of parents influences their kids’ feelings of self-worth, perception, trust in others, and general worldview. Having toxic parents can be a challenge for kids while growing up.  Here are some of the cons of toxic parenting:

Giving kids age-inappropriate information and more responsibility than they can handle raises their anxiety level and leaves them feeling ill-equipped to deal with a task.

Children of abusive parents are more likely to suffer from post-traumatic stress disorder (PTSD). As they get more alert about matters, they tend to anticipate more danger in the future.

3. Highly Self-Critical and Blame Themselves for Everything

Toxic parents who exercise conditional love make their children feel unworthy of love. Feeling highly self-critical or blaming themselves for everything, they feel pressured to prove themselves, anticipating better treatment by doing so.

Researchers believe that kids from dysfunctional families are at a higher risk of developing heart problems and a weakened immune system due to chronic stress and traumatic experiences.

5. Children Have a Hard Time ‘Saying No’ or Making Decisions for Themselves

As boundaries are non-existent or crossed in dysfunctional households, children of toxic parents find it very hard to say no to things after they grow up as they weren’t allowed to have control over their life.

Regardless of whether toxic parents are toxic purposefully, it leaves deep wounds in the relationship. This makes the road to reconciliation arduous and uncertain. It’s only a matter of time before they imbibe the negative character traits from parents and repeat the toxic behavior delivered to them. After becoming abusive adults themselves, they start a cycle in their own family life that is hard to escape.

How to Stop Being a Toxic Parent?

In case you lead a life as a toxic parent, there’s a way out to heal and move forward. Here are some strategies that will help in breaking free:

1. Be the Bigger Person

Parents are grown-ups. So, apply the advantages of maturity to breaks the silence, extend the olive branch, and work towards restoring healthy communication after a fight with your child.

Imposing your will on your child can be damaging to their sense of self. Letting them choose their activities and supporting and cheering them in their achievements and failure helps build a strong bond.

Instead of getting angry or upset, and reprimanding kids when they mess up, accept that everyone makes mistakes and allow your child to be human and fallible. They learn from their error and will ultimately succeed by improving themselves.

Sitting your child down and talking to them about any unwanted or unpleasant behavior always helps. Instead of yelling without ever stopping to get their children’s side of the story doesn’t help in the long run.

Be careful never to bribe a child with money or toys to stay silent or keep secrets. This kind of parenting also amounts to toxic parenting.

A parent’s job is to raise a child capable of being an independent adult. So, start with giving them small age-appropriate responsibilities that they can handle. This trust will help to build their self-confidence and get a sense of achievement.

Taking good care of yourself by maintaining good eating habits, exercising regularly, getting out, and making time for hobbies that you enjoy makes you feel physically and psychologically energized to deal with your children. It also prevents showing resentment towards your kids for the sacrifices you make for them.

8. Understand the Difference Between Criticizing and Correcting

Parents need to be a guide, not a critic. Teach your child a work ethic and help build their academic skills – setting a goal can motivate them to try harder. While personal insults and criticisms can break their spirit and make them want to give up, correction strengthens the will and opens the door for positive reinforcement.

Concerned parents who want to do things right and are willing to examine themselves critically need to identify signs of toxicity in their relationship with their children. This healthy degree of self-awareness and the desire to make positive changes will go a long way in raising smart, successful, and confident children who share a good relationship with you.