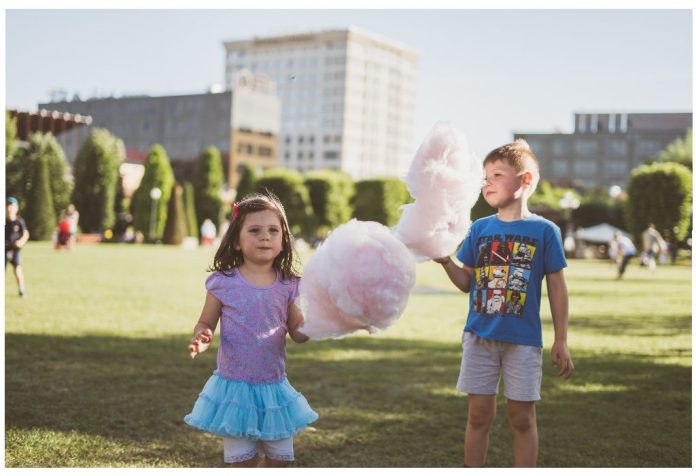 Raising kids is not an easy task. One of the most common mistakes you might make is that of treating your girls and boys the same way. You must understand the difference between the behaviour, choice and mindset of both genders. Getting a better idea on raising boys and girls differently, will go a long way in making them grow into individuals of strong stature.

Both the genders require equal amount of love, care and good nurturing during their growing-up years. However, if you think the parenting techniques you used for your daughter would come handy for your son too, you are mistaken.There is a lot of difference in the process of raising girls and boys. Each of them think and react to various situations in their own way. Know the dissimilarities between the two to rear them better.

Boys enjoy motion! They love running around, kicking, watching fast-action packed videos and being a part of various other physical activities. They are particularly fond of mechanical motion.Your little boy would rather prefer looking at moving cars than a group of people dancing or chit chatting. Girls, on the other hand, love observing people around, maintaining eye contact, listening to human voices and would try to communicate with you.They even try to imitate you and are much better at it as compared to boys. However, when it comes to understanding the laws of motion, boys are better off than girls. You can observe this difference from the very beginning,when they are hardly a few months old. So there you go! Now you know why your baby boy was more active when compared to your baby girl.Know the difference between raising boys and girls for their good upbringing.

2. Difference Between Raising Girls and Boys Based on Motor Skills

While boys are good with gross motor skills and learn how to run, kick, and roll before their female counterparts – the latter tend to display fine motor skills.They are good at holding and playing with toys, drawing, writing and eating. Girls learn these skills easily and faster than boys. Keep this fact in mind when thinking about how to raise boys and girls together. Contrary to the common belief, studies reveal that boys are comparatively more emotional than girls. They can get angry, stressed and frustrated more easily than girls and take longer to calm down. So while bringing up boys,you must be extra cautious about their likes, dislikes and emotions. Remember, they require more soothing than girls. They are also comparatively more fearless than girls. Fearful and angry faces are less likely to impact boys even in their infancy, while such expressions affect girls to a large extent.

You need to be more careful about your kids’ choices in their early years. You are likely to see a lot of difference between the choices made by girls and boys.Your son would most likely prefer playing with cars, planes and balls as a toddler, while your little girl would love to play with dolls, kitchen sets or may even be interested in exploring different items on your dressing table.Role playing comes more naturally to girls than boys. Keep this in mind when bringing up girls and boys at the same time.

The parameters of raising boys and girls are quite different based on their nature and skills. However, you should not differentiate between them when it comes to instilling values,educating them or providing for them. Patience is a helpful tool that will teach you the difference between how to raise girls and boys in the long run. You would need it a lot as they learn and grow at their own pace!

Teaching Your Baby to Understand the Meaning of

My Father-in-law is More Than a Father, He is Also God: What This Rajasthan Man is Doing For His DIL is Incredible…