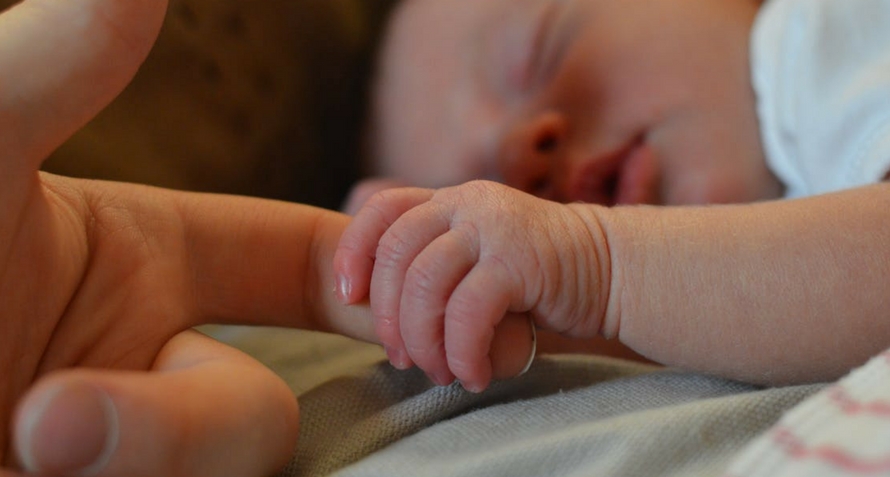 For nothing is stronger than the will to survive!

Life works in very funny and mysterious ways. It picks you up when you are at your worst, helps you bounce back from your deepest hiatus, humbles you when you are floating in the sky… and gives you hope just when you are about to give up! For a mother, especially, hope is among her strongest emotions – hope that her baby will be just fine and healthy, even when circumstances suggest otherwise…

What the words ‘hope’, ‘faith’, and ‘miracle’ mean to someone will differ with each person – for some they may give strength, to some they may sound like elusive concepts. But to a mother, hope, faith, and miracles about her baby can lead to only good things – primarily gratefulness, and happiness!

7 Indian Miracle Babies Will Restore Your Hope and Faith

Indeed, being told you are pregnant and are finally going to be a mother is one of the most special moments in the life of a couple that is trying to conceive. No one can imagine what it must be like to lose a baby… however, these 8 stories curated from all over the country, will give you renewed hope about life.
If these miracle babies could bounce back at life and get a second lease on it, anything can happen!

At 45 days, Vidisha fainted in her mother’s hands after her feed. Although she regained consciousness a while later, she fell unconscious again. On being taken to the B. J. Wadia Hospital, it was discovered that Vidisha had been born with a heart defect called ‘transposition’. In this condition the two major arteries of the heart – aorta and pulmonary – are swapped in position.

The correction surgery for transposition should ideally be performed immediately after birth. However, since the defect went undetected, Vidisha had lived for 1.5 months with a ‘reversed’ heart.
After undergoing a 12-hour long intense surgery at the hands of Dr Biswa Panda, paediatric cardiac surgeon of Wadia Hospital, Vidisha was kept under observation in the hospital. While the operation was successful, during her time in the hospital, Vidisha suffered 6 instances of cardiac arrest! The longest episode lasted 15 minutes, after which Vidisha was successfully resuscitated.

Adversity truly brings out the best in people: while parents Vishaka and Vinod Waghmare managed to raise only INR25,000 for her surgery, the entire bill of INR500,000 was taken care of through various donations that came pouring in from around the country.

A 36 week pregnant mother in had to undergo an emergency C-section because her baby’s breathing pattern was detected to be abnormal. However, that wasn’t half of the problem.

After delivery, doctors found the baby to be severely anaemic, with only 20% of his total blood left in his system! Normally, a mother’s body supports that of the baby’s growing inside her. This means, the baby derives everything to sustain its life from the mother, mainly from her blood. However, in this bizarre case, the baby’s blood was flowing out of his body and into his mother’s!

Known as feto-maternal haemorrhage, babies born in this state appear almost white and are sometimes called ‘ghost babies’. After three rounds of blood transfusion, and being kept on respiratory support system, the condition of the baby was stabilised.

3. This premature baby had a pacemaker fit in her just 2 HOURS AFTER BIRTH.

We have all heard of old people being fitted with pacemakers, when they suffer from heart conditions such as arrhythmia, and others. However, can you imagine a pacemaker being fitted to a 2 HOUR old baby girl? Yes! That’s exactly what happened in Mumbai last week.

Born with a congenital heart blockage, this Mumbai baby girl was suffering from a condition that prevented electrical impulses from being conducted from the upper to the lower chambers of her heart. This resulted in her having a heartbeat rate of only 42 beats per minute (as compared to the normal 120-140 beats per minute rate for newborns).

Along with the health complications that arose by virtue of her condition, one practical problem was: there was no pacemaker battery available that was small enough to be fitted to a newborn. So the hospital had to accommodate the regular sized pacemaker-battery, which they then placed in her stomach.
However, doctors say the baby girl will be able to lead a normal life, baring a few lifestyle decisions that will have to be taken for her good health and safety.

We are sure you have heard of premature babies, but have you ever heard of a micro-preemie baby? It is a term used for babies that are born within 26 weeks of gestation and/or weight less than 800gm. Unbelievable? Well, this story will turn you into a believer.

Trupti and Santosh Mhabrey welcomed their micro-preemie baby Sakshi 2 years ago, at only 23 weeks, measuring about a foot head-to-toe, and weighing less than half-kg (460gm only).

A baby that arrived after 5 miscarriages and 12 years of marriage – indeed the couple felt blessed when Sakshi was born. However, they were not allowed to even touch the baby after she was born. Can you imagine the agony of the couple? Sakshi, however, was determined to light up her parents’ lives and braved multiple complications, including brain haemorrhage, fragile bones, underdeveloped lungs, and multiple infections.

Close to 85,000 hours of efforts later, Sakshi went home at a healthy 1.9kg in the arms of her loving parents!

Mumbai Baby Aaradhya was born with a hole in his heart – a condition that is no longer ‘rare’ or ‘unheard of’. However, what makes his story that of a brave fighter spirit, is the fact that post-surgery, Aaradhya’s heart had stopped beating for a complete 45 minutes!
Aaradhya was admitted to the hospital after having shown the cardinal sign of a hole in the heart soon after birth: his skin had turned blue. This happens primarily because the heart is unable to provide oxygenated blood to the entire body. The condition had been detected during the pregnancy itself, however, his mother was determined to give birth to her baby.

A day after the surgery was performed, Aaradhya’s heart stopped beating. It was soon connected to an artificial circulation-support system, which helped revive and stabilise the organ. The entire procedure took 26 hours. Within 2 days, normal functioning of all her body parts and organs was restored.

The surgery was performed free of charge, considering the meagre economic background of the family.

6. This baby boy who was ABANDONED only FEW DAYS AFTER BEING BORN!

While a lot of babies go through life-challenging odds to come into this world, it is sad to know that many a time couples are not ready to have the babies they have been blessed with. Even today, cases are still reported of babies being abandoned and left to die.

Something similar happened with this baby boy. Left to die in a sewer in only a couple of days after he was born, baby Ansh was rescued by Nimesh Bhansali, a civilian who refused to become a by-stander to the unfortunate fate the baby-boy had been left to.

When Nitesh discovered Ansh (whom he named himself), the baby was lying covered in mud, with ants crawling all over his face. Not only did he rescue the baby by cleaning him up and taking him to the hospital, he and his wife are now also thinking of adopting the boy as their third son. Adding to this, the hospital also treated Ansh for free. Nimesh said, “Ansh is lucky for me. Ever since I found him, he has brought goodness into my life. I will try my level best to keep him with me.”

7. This baby girl in Odisha survived in spite of being BURIED ALIVE!

Another similar, horrific tale is of a baby girl who was buried in a compost pit, face covered in a cloth, and still survived!

The incident occurred in Odisha. A little girl walking past a compost field walked close to something weird she saw in the field, only to discover it was a baby leg sticking out of the ground! She rushed for help to the nearby houses. Soon the locals discovered a baby girl buried in a shallow compost pit who – in spite of having her face covered in a cloth – was alive and breathing!

Dharitri, as the baby girl was later named, had been buried only hours after being born. The umbilical cord and vernix of the baby was still intact when she was discovered. The district administration adopted the girl post her discovery.

Previous article « These Feel-Good ‘Kanyadaan’ Pictures Are So Beautiful, They’ll Leave You Happy-Crying!
Next article Outdoor Safety Tips for Toddlers »