Quickening in Pregnancy - What Does it Feel Like?
Quickening (First Fetal Movement) during Pregnancy As a mom-to-be, you obviously wonder when you would feel your baby’s movements. It’s only natural to be curious, and more so if you’re pregnant for the first time. In the early stages of the pregnancy, it may be difficult for you to understand the various movements you would feel in the stomach. They could be your baby’s kicks or it could simply be the stomach’s effort to push out the gas. But there will soon come a day when you’d actually feel your baby’s kicks, also known as quickening. And you must be eagerly waiting for that day. Let’s tell you about that!

What is Pregnancy Quickening? 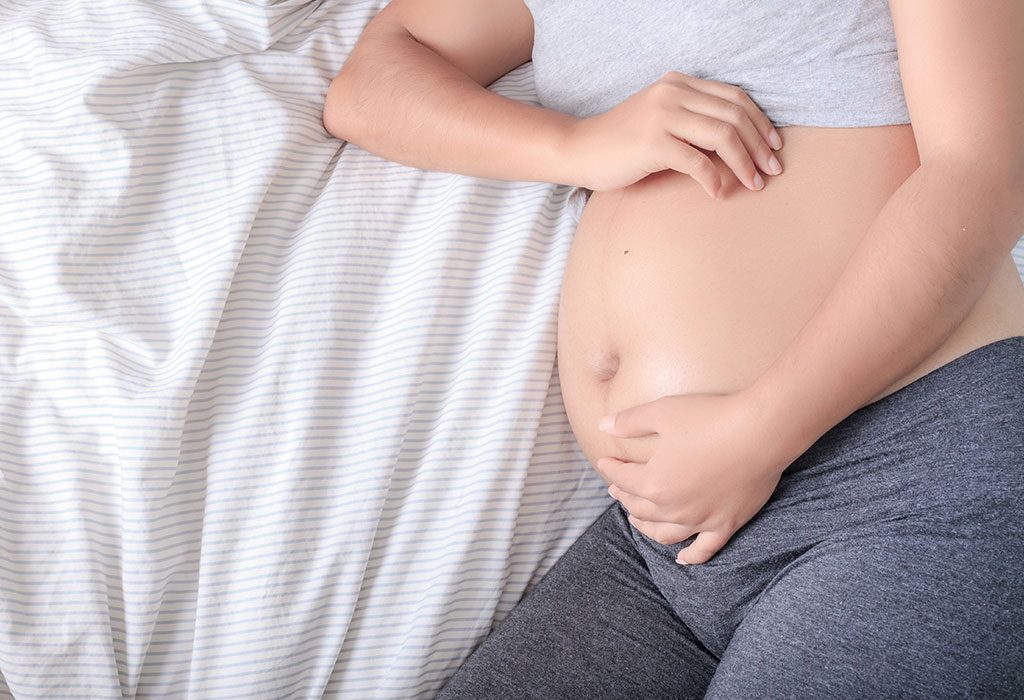 The first time when you feel your baby’s movements and begin to realise its presence, it is termed as pregnancy quickening. Many mothers tend to feel it as someone tapping from within, or a vibrating sensation as if a bird is taking flight. Some babies tend to make it feel as if they are punching or kicking around inside the body.

This is generally the time when your baby begins to undertake womb-based exercises on his own. It tries to make more space for itself and as you get closer to your due date, you will feel these movements even more strongly. Since this is one of the first markers that make it evident of the presence of a child, it is termed as quickening as if to refer to the quick way that the movement makes you aware of a child’s presence.

When and Where Can You Feel Your Baby’s First Movements?

The signs and symptoms of quickening during pregnancy will vary from one woman to another. Usually, a baby’s first movements can be felt between months 4 and 6 of pregnancy. Somen pregnant women may experience quickening early, while others may experience it quite later.

First-time mothers take longer to realise these movements than mothers who have felt them in their previous pregnancies since these can also feel like gas rumblings. If you are slightly on the heavier side, it might take a little longer for the baby to make movements that can be evident. Also, if the front wall of the uterus is covered with the placenta, then all those movements will be cushioned and could make it difficult to be sensed.

In the earlier stages, the lower position of the uterus makes all these movements to be sensed in the lower part of the abdomen. But as the pregnancy progresses, they can be felt higher up in the abdomen, too.

First-time mothers are generally quite curious to know what does quickening feel like inside the body. The movements vary from baby to baby, which is why it feels different for everyone. At times, it feels like a flutter, or a tiny body tumbling inside your stomach, or a popping and pushing sensation, and many others.

These movements are weaker in the beginning. But, over time, you would easily tell if your baby punched or kicked. Some babies can be karate enthusiasts and make you feel a jab as well. All of these sensations are absolutely painless.

For a long time, the only sign of the baby’s presence for a mother is usually what she sees in the ultrasound. But the feeling of an actual physical movement can bring intense happiness. You can indulge in conversations with your baby when it kicks as your baby can hear your voice from the inside. Maybe playing its favourite music could make it move even more, and letting your partner feel it from the outside of the stomach can bring you both great joy.

Previous article « Intussusception in Infants – Signs, Causes, and Treatment
Next article Pasta for Babies – When to Introduce and Quick Recipes »