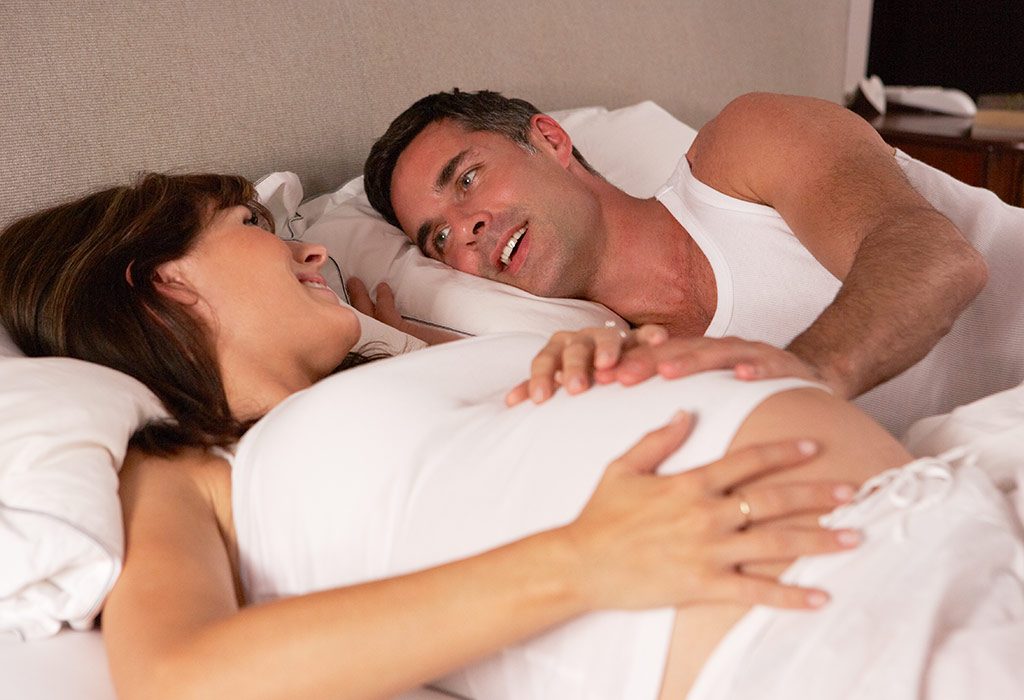 A foetus generally spends most of its time sleeping, much like a newborn baby. This is only one of the numerous similarities that newborns and foetuses share. A foetus at 32 weeks is known to be developed enough to be able to listen to sounds, have thoughts and memories, and move around. They also spend nearly 90 to 95% of the time sleeping. Foetuses can hit REM (rapid eye movement) stage of sleeping, which is considered the deep sleep stage in most biological lifeforms. During this period, a foetus mimics the REM patterns of an adult by moving its eyes back and forth at a rapid pace. Here’s what you should know about babies kicking or moving at night.

What Are Normal Foetal Movements?

Doctors usually test the responses and heart rate of a foetus via an ultrasound to ensure the baby’s health. The closer a pregnant woman gets to the date of delivery, the more unique are the kinds of movement. Normal foetal movements are hard to define due to the individuality of the foetus, but a fair estimate is that every foetus stretches its joints, hiccups, blinks, burps, and kicks. If you feel a movement that is not normal, consult a paediatrician for a more detailed explanation about baby movements and take his opinion on the particular movement that had you worried.

Is it Okay If the Baby Moves at Night During Pregnancy

Studies conducted by the American Pregnancy Association show that some babies are nocturnal and due to that are more active at night. You may feel a particularly hard kick if the baby is riled up about something. This can be due to discomfort, or lack of space for the baby to stretch. Doctors believe that as the foetus grows, it becomes more aware of its surroundings and then begins to resemble a newborn, both physically and psychologically. A baby active in the womb at night is not considered dangerous. Why Do Babies Kick or Move in the Womb at Night?

The activity of the baby at night could be caused by your inactivity at night. During the day your movements can have an effect similar to that of a crib that rocks the baby to sleep. Inactivity could spark the foetus into a sense of alertness.

Psychology Today estimates that a baby could be alert and move around at night due to simple reasons like what you had for dinner or a late-night snack or just wanting to hear the mother speak. Studies by the same institute have shown that a foetus at the 7-month gestation period begins to react positively and calm down on hearing the mothers voice.

Tips For Would-Be Mothers Regarding Foetal Movements At Night

A baby kicking or moving excessively at night can be very uncomfortable for the mother. Here are a few tips to help settle them down:

If your baby moves at night, it is not a cause for alarm. Most babies move the same amount during the day. If the baby does not move during the day, but does during the night, there is no reason to panic. This may be due to your baby having a nocturnal cycle. Speak to your paediatrician freely and address any concerns you may have with him to put your mind at ease. Stay abreast with your check-ups and consultations and listen to the doctor’s advice. Remember to remain calm – your baby can sense anxiety, which can make it feel uneasy.

Also Read: Facts About Baby Kicking in the Womb