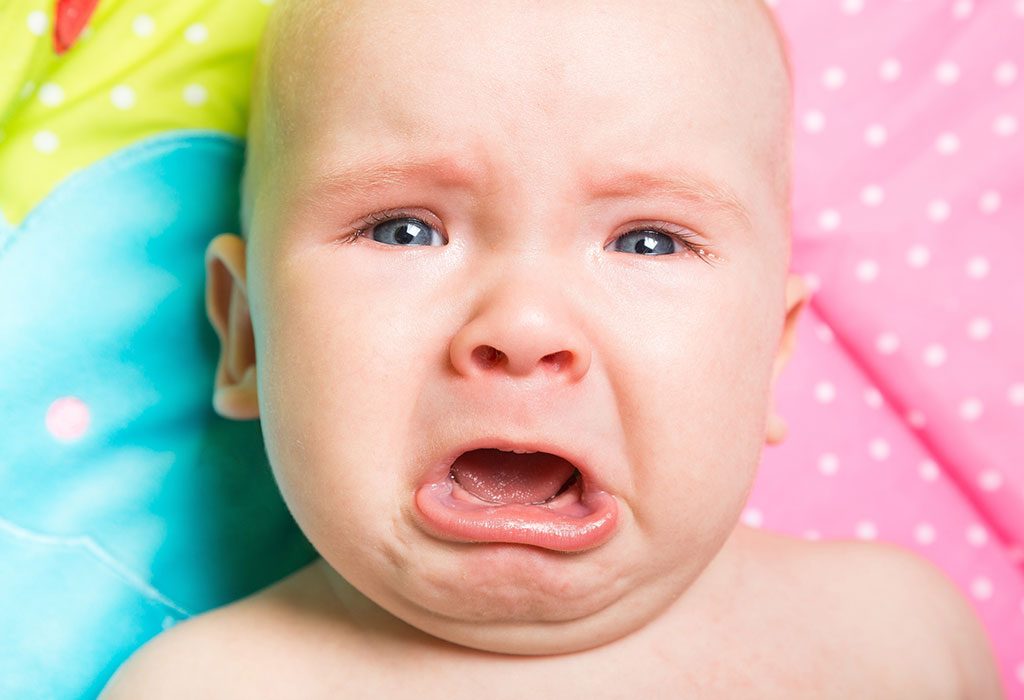 Right from the time a baby is born, doctors and relatives alike mention the benefits of interacting with your little one and exposing him to new things. All of these help in making him a social individual, and children do need as much attention as they can get. But, the effects of overstimulation in infants are pretty real, and a lot of cuddling, playing around, and activity happening around a baby can easily get him overwhelmed, and might make him feel unsafe. Knowing what can cause this, and how to soothe him successfully, are important to know!

Babies experience pretty much everything around them without any filters. While this can work in their favour when they are in a calm environment, the presence of a lot of sounds, people, and changing locations can easily put a huge load on the sensory perception of a baby. This can cause him to get worked up, and failure to control the situation could lead him to burst out crying.

What Causes Overstimulation in Infants?

Each child is different in his own way. What might get too much for one baby, might end up being the very thing that seems to calm down another. But, the most common causes for overstimulation generally are:

Most babies are quite adept at letting others know that they have been exposed to a lot of information that is overwhelming for them to process. Noting these signs can make you quickly aware that your little one might be getting overstimulated.

Babies generally attempt to keep their overwhelming emotions under control, and this can easily manifest outwards in the form of an expression akin to them passing poop forcefully. A tight mouth with redness on the face, and an expression of absolute discomfort could be a strong sign that your baby isn’t feeling happy. Any further interactions could get him to break out and start crying uncontrollably for long durations. 2. Moving Around in an Erratic Fashion

Children’s movements are rarely smooth in the early years, and they do take some time to get a hold of them. However, when your baby faces a lot of stimulation, he starts struggling between distracting himself and controlling the cries, all of which can result in his movements being a combination of jerks. This is usually accompanied with a face that is absolutely confused.

The heartbeats of babies are quite rapid, and their breathing pattern, too, is faster than that of adults. But, when overstimulated, this gets even faster, and begins to resemble a baby catching his breath after a marathon. A sure-shot sign of having been overstimulated is your little one’s breathing settling down once the environment around him calms down.

4. Looking Away from Others

Unknown environments and strangers can take quite a toll on the baby, as he generally needs his own space to cope with them. This usually manifests in an action where he will turn away from anyone approaching him, and it can even be you. Being in areas that are quite loud and filled with commotion can usually cause babies to do this.

While some babies do tend to start crying the moment things get overwhelming, others might try to avoid the stimulation as much as they can. This is observed in babies who start staring into space and completely ignore calls or other actions happening around them. Many times, this does end up calming the baby quite a lot, unless disturbed by physically holding them or playing with them.

How to Calm Your Overstimulated Child

For parents wondering how to deal with overstimulation in their child, the key is to know what can make the baby feel safe and secure again. Carrying out those actions can help calm down your child easily.

Babies hate changes when they take place constantly. This leaves them hanging in the blue and totally unaware of what might happen next. In such cases, bring your baby back to a schedule he knows. If afternoon time is when he prefers to listen to some music, play it to him so that he feels safe in the environment of the known.

At family functions or other places, the constant noise and approach of new people can get your child over-excited and exasperated at the novelty of it all. Take a small break from all that, and go to a quieter place with your baby. Nurse him if you can, or hum a song to him, so that he knows he is in safe hands, and can calm down. Babies are quite adept at understanding the presence of people they are used to and the ones that they are not. If your child has been interacting with numerous new people for a long time, hold him for a few moments, and hop into a washroom if you can. Let him feel your skin, your breasts, and your presence, so that he doesn’t feel threatened anymore.

Constant cuddling, rocking, and carrying them around may not appeal to some babies, who prefer to being left alone by themselves for some time. If your child is one of those, let him lie in the crib or on a sheet quietly by himself, while simply keeping a watch on him without any interaction.

Most children feel better after they let out their frustration. If your child is overstimulated and has started crying, try soothing him a little, or let him cry it out while you hold him close. Most babies usually cry themselves to exhaustion and then fall asleep. That will help him feel much better later.

How to Avoid Overstimulation

Soothing your baby might be easy for you, but avoiding overstimulation in the first place can help keep your child peaceful for a longer duration. This can be achieved in a few simple ways:

Having a child that is calm and not succumbing to the harrowing exposure to overstimulation can be quite beneficial for the little one, as well as the people around him. Overstimulation might not be new for people, but young parents tend to have some queries that need to be resolved.

1. Is It Possible for a Baby to Remain Understimulated?

2. Why Does an Overstimulated Child Cry a Lot?

A baby could have trouble falling asleep due to constant stimulation, or may experience fear due to constant novelty. This usually leads babies to cry and look for help.

3. Can an Infant Overcome Overstimulation?

Yes, they can, but only after they grow up and start doing certain things by themselves. The early years usually make them susceptible to overstimulation.

Taking care of a baby is no easy task, and soothing a disturbed one is even more difficult. By keeping a lookout for overstimulation symptoms and nipping them in the bud, you can ensure your child feels safe, as well as make sure he experiences new things in a safe and controlled environment.

Previous article « Genital Warts During Pregnancy – Signs, Diagnosis and Treatment
Next article Meditation for Conception – Does it Really Help You Get Pregnant? »